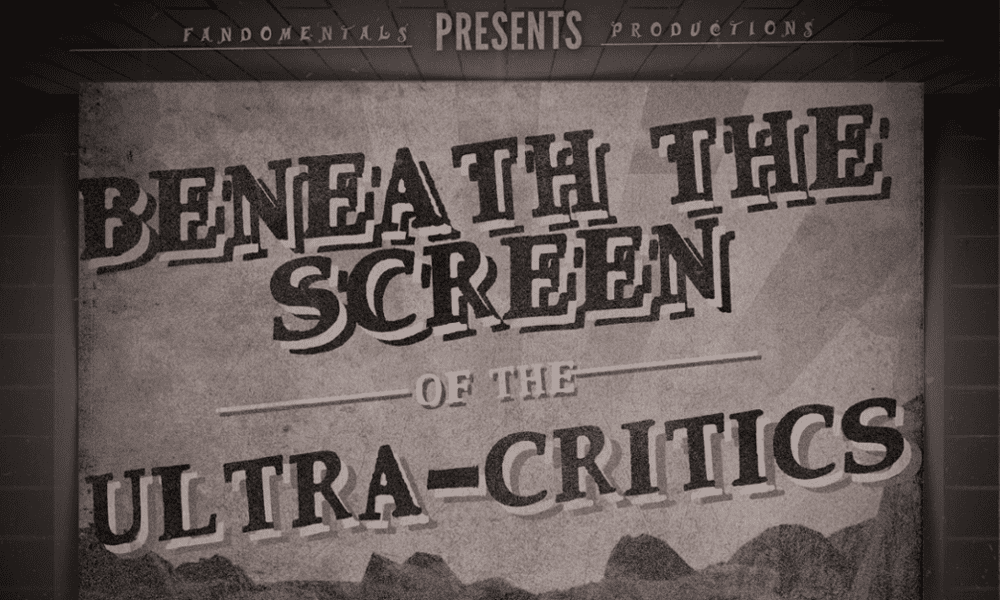 Due to climate change, COVID-19, and plain old bad luck Thad, Kara, and I were unable to get together to record this month’s episode of Beneath The Screen. We tried but were foiled at every turn. Which means it’s time for everyone’s favorite form of internet criticism, the listicle.

We are nearing the end of the summer blockbuster season. Or we would be if it was a normal year. But since it has not been a normal summer the studios could not flood the multiplex with their mega-budget special effects spectacle-driven extravaganza. The trade papers and youtube movie punditry set had little choice but to champion the smaller films released via streaming platforms. For once Dinsey and the WB couldn’t eat up all the oxygen as they were fighting for survival themselves.

So here is a list of the 5 films that probably would not have gained much, if any, traction if the summer blockbuster season had proceeded as per usual. Overlooked films in other words; smaller movies that because of circumstance were given more of a fighting chance they would have normally gotten. Granted it’s impossible to tell what movies truly would have been brushed aside in the tidal wave of new releases so this is all guesswork at best. Sometimes a director’s ability to tell a story is an impressive feat all it’s own. Such is the case with Patterson. A low budget sci-fi movie that pulls you in and doesn’t let you go, The Vast of Night is the type of movie that lets it characters talk in a way that modern blockbusters simply don’t allow.

The way M.I. Littin-Menz’s camera glides effortlessly around the small town of Cayuga County as Everett (Jake Horowitz) and Fay (Sierra McCormick) listen intently to a series of mysterious clicks on the radio is practically a film class all it’s own. Littin-Menz and Patterson keep the story from ever growing to big. James Montague and Craig W. Sanger’s script prefers to stick with the budding relationship of our two leads while teasing us with what might be hovering in the night sky.

A solid sci-fi movie, The Vast of Night is an engaging film that draws us in not with special effects but with recognizable characters. Blood Quantum is a gruesome and thrilling zombie movie. It helps that Michael Greyeyes as Sheriff Traylor makes for a compelling leading man, but the rest of the cast is top-notch as well.

Lean and mean, Blood Quantum zips through it’s run time while still managing to give each character time to develop their own story. The strained romance between Greyeyes’s Traylor and his estranged wife Joss (Elle-Maija Tailfeathers) gives the film a bittersweet ache in its heart.

Jeff Barnaby, who also wrote the script, set the film on a Native reservation. He excels at manipulating tensions within a scene, exploring the generational trauma of displacement, while also reveling in the literal blood and guts of the genre. Along with his cinematographer Michel St-Martin, they add a layer of haunting beauty to Blood Quantum often lacking in the zombie genre. Channing Godfrey Peoples’s Miss Juneteenth is a tender celebration of motherhood, love, life, and Blackness. So much of white film criticism on Blackness in movies seems to revolve around the pain and torture of Black bodies. But Blackness, like anything, is so much bigger, beautiful, and more complex than the big-budget movies often made about it.

Nicole Beharie is a brilliant talent and proves with every scene that she should by all rights be a bigger star. Her Turquoise is a woman filled with regret and ambition while also just trying to raise her daughter Kai (Alexis Chikaeze). Peoples’ direction and her script sidestep big emotional moments. She favors the small emotional reveals while also showing us the microcosm that is Fort Worth, Texas.

Shot by Daniel Patterson, Miss Juneteenth looks at the working class and observes the day to day lives of people just trying to get by. It is one of the few films on the list in which the story is not as plotted out. Peoples is not interested in narrative revelation so much as observing her characters and seeing what they discover in themselves. Driveways remain one of my favorite movies of the year. A quiet, incisive look at a friendship that blossoms between a young boy, Cody (Lucas Jaye), and his elderly next-door neighbor Del (Brian Dennehy). Cody’s mother Kathy (Hong Chau) is just trying to get her dead sister’s house cleaned out and ready to sell.

Much like with Miss Juneteenth, Ahn’s Driveways chooses to observe its characters rather than interfere with manufactured drama and flashy stylistic choices. Written by Hannah Bos and Paul Thurteen, the dialogue flows naturally and never feels overtly written. It’s one of those films where “nothing happens” and yet by the end you will likely find yourself as I did, crying.

Ki Jin Kim’s camera captures every moment, not as a documentarian but as if recording some sort of scrapbook. The imagery in Driveways is very particular without being overt and helps give the movie it’s naturalistic feel. It also just happens to have one of the best endings of any film this year, with Dennehy giving a moving, roller coaster of a monologue. Like a poem, the film manages to say so much by saying very little. I have yet to see anything this year that I have loved half as much as Alice Wu’s The Half of It. It is a new twist on an old tale as it were. This Queer adaptation of the French play “Cyrano De Bergerac” presents a love triangle in which we can’t help but root for all involved. And if all that wasn’t enough, it’s a darn sweet movie.

Greta Zozula’s framing and camera placement is a masterclass of subtle narrative devices. The way each character exists within Zozula’s frame befits what we know of the character and how they feel. The Half of It is the rare high school romantic comedy that has an acute visual style that is so breezy and effortless that if you blink you’ll miss it.

Wu’s direction is deft. She presents each character in a straight forward fashion even while they attempt to deceive those around them. Ellie Chu (Leah Lewis), Paul Munsky (Daniel Diemer), and Aster Flores (Alexxis Lemire) are your typical teenagers in so much that they are filled with emotions and have no idea what to do with them.

In this article:Beneath The Screen Of The Ultra-Critics, Blood Quantum, Driveways, Featured, Miss Juneteenth, Radioactive, The Half of It, The Vast of Night