As per their name, gamebooks are a modern format of interactive fiction where all the action takes place entirely within the text, while still giving the player full choice over where the story goes. The rightful descendants of Choose Your Own Adventure books, they have flourished through all sorts of digital media (computer, mobile, etc.), which gives them much more flexibility than their predecessors. My personal favorites? Gamebooks written by the editor Choice of Games, which I think are the crème de la crème of interactive fiction right now, and for several reasons.

You can’t have Choice of Games without the choices. Although some of their gamebooks (especially from the beginnings, before Choice of Games really started to forge their own path of storytelling) offer very simplistic moral views that don’t differ much from, say, a BioWare game with its paragon/renegade dichotomy, most of the more recent gamebooks give you a wider panel of choices with a nuanced moral landscape. Actions have consequences, and consequences have sub-consequences that are not ignored later in the game. In general, gamebooks by Choice of Games are pretty tightly written and the narrative is rewarding enough to let you congratulate yourself in your early tough decisions, or on the contrary wish you’d started things out differently (not that you can’t get back on your feet from a series of not so great choices). 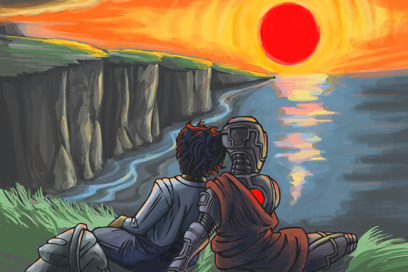 All the gamebooks offer multiple endings, naturally. My personal favorite, Choice of Robots, offers the player as many as 38 different endings − vastly more than most video games I know of, for sure! The gamebooks are conceived in a way that you only uncover up to 20% of the content in one playthrough, which gives them high replay value. Most gamebooks from Choice of Games are roughly 100k to 300k words long (with the exceptional behemoth Tin Star clocking in at over a million words: if you only try one, try this one!).

Not only are choices gratifying from the moral standpoint but also from a philosophical point of view. Some gamebooks fully explore what choice even means in the context of gaming. In their award-winning masterpiece Creatures Such As We, for example, the authors take you to a journey to the core of video gaming and interactive art itself. What does it mean to have a choice in a game? What does it mean to create three-dimensional characters? How far does the free will of created characters go? Do all roads lead to Rome? How meaningful is choice after all? How far are you willing to sacrifice your own morality and personality for gaming purposes? These are all very entertaining questions to ponder on and the gamebook format lets you open yourself to all sorts of views on these broad topics of creative writing.

You can’t have Choice of Games without the game either! If my description makes it seem like these are just books with very short chapters that you pick the order of, please know that these are games. You may be reading it like a book, but it feels like a game, it has the mechanics of a game, it’s played like a game.

One way the authors of gamebooks have found to make your choices relevant and consequent is to give the player some sort of quantifiable progress within the game in the form of stats.

Example: the current stats of my Marshal from the aforementioned Tin Star

This is where it becomes a real game. Through your choices, you shape your character into the perfect hero you can look up to… or the antagonist you can despise. Of course, having certain skills will open up certain routes in the story, just like in a non text-based game, and you can also grind a certain skill to achieve a certain result, or try everything out and be much more flexible, at the risk of being specialized in nothing. This simply feels like playing an RPG.

Another aspect that strongly reminds me of traditional gaming is the system of achievements. Not all of their gamebooks have it, but some of them do offer achievements for having reached certain hidden or not so hidden parts of the story. I won’t lie, I wasn’t super thrilled when I got the achievement “Died at the earliest possible stage” in Choice of Robots, but generally speaking, who doesn’t like a list of achievements they can tick off?

Just like traditional games, there is a point at which the game itself becomes only the medium of another game: the collection game. The game ceases to be just enjoying the story and going where it leads us, it also becomes trying to find all the endings, trying to find all the special little scenes hidden behind a rarely chosen dialogue option, trying to get the highest points in such and such skill, the highest relationship status with such and such romance option. This is another way a gamebook has such amazing replay value.

This one is fairly self-explanatory. The earliest gamebooks of Choice of Games weren’t always the best at that, but as time went on, they made it a point to have meaningful representation throughout all their stories and to create diverse universes where these stories take place. As far as sexuality goes, for example, even though the earliest gamebooks only let you play as gay or straight (which is more than most video games on the market right now, but far from enough), almost all of the new releases let you choose your romantic partners in a much more nuanced way, some of them (such as Choice of the Pirate) even let you play an asexual or polyamorous character. But of course, a game’s representation isn’t limited to who your character can or will date and that’s not all that Choice of Games has to offer.

Due to the very nature of the format that gives you full insight into the character’s mind in a way a traditional video game typically doesn’t, gamebooks often deal with deep themes such as identity. The Sea Eternal, for example, recently released, deals intimately with the themes of transitioning, racial oppression and PTSD in a meaningful way that pays respect to the identity and struggles of all characters involved. 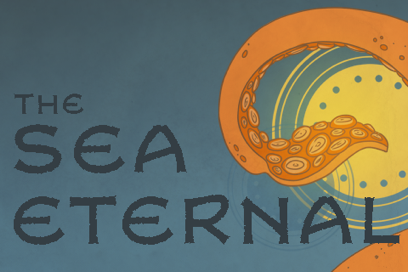 All that while playing a mermaid! How awesome is that?

And as we all want in works of fiction, most gamebooks simply offer a greatly diverse set of characters who just are without a constant focus on their difference from the straight white male. A geeky black woman who is a pilot and enjoys medieval knife-throwing in her spare time. A bisexual Egyptian journalist with more than a little touch of anarchy to him and whose heart is slow to win over. A lesbian gunslinger with a penchant for gambling and dueling. A genderless merperson who is just trying their best to compromise between whales and mermaids. A Native American lawyer who speaks more languages than you’ve heard in your life. These are only some of the amazing characters who make up the cast of these stories, who you can interact with meaningfully as a character and identify with as a player.

The settings in which these stories take place is very creative. Because there are so many gamebooks published by Choice of Games (49 official gamebooks so far, as well as 68 Hosted Games written by fans but with very satisfying quality standards as well), there is a broad choice of settings that really transport you elsewhere. A world inspired by Ancient Greece with a prophecy to fulfill. A company that sells body modifiers to create a better version of humans and you’re the CEO. A space station where you’re the guide to a group of game designers on a business trip on the moon. Space pirates (enough said).

These gamebooks are so effective in their purpose to take you right in another world to live your story, completely immersed. And for those with a creative soul who want to go even further, Choice of Games frequently publishes beta-ed gamebooks from fans who explored a new universe all the way through a story of their own. Reading and writing gamebooks is creative in a very different way from typical books because you’re not just writing a story, you’re writing dozens of stories, and you have to think through all of them.

Story time. Tiny six year old Sibylle never liked to go to sleep on time, because tiny six year old Sibylle LOVED Choose Your Own Adventure books. There were so many nights when I would just make myself as silent as possible and, under the moonlight, all lights off because I didn’t want my parents to know I was reading late at night, I would take out my dice (and throw them as carefully as possible on my bed so they wouldn’t make any noise) and my pencil and live my own amazing adventures just within the pages of the book, and often I would just finish it in one night because I just couldn’t wait until the next day to find one of the endings.

Basically, I read many many Choose Your Own Adventure books and for me, gamebooks such as the ones by Choice of Games are just a continuity of a childhood passion. I just feel the same atmosphere, the same thrill to finally go through the story the way I want it, the same pleasure to shape my hero the way I want to, in a variety of settings. I loved CYOA books as a kid, I love gamebooks now, the geeky child I was would be proud of me now.

6) Please join us, the community isn’t big at all but we’re friendly and these gamebooks are really worth a try!

Images Courtesy of Choice of Games

In this article:books, Choice of Games, gamebooks, games, interactive fiction