You’re all probably sick of me saying this all the time, but when it comes to the Marvel Cinematic Universe, it’s always the bad guys who are the shining stars. I love Peggy, but Leviathan is way more interesting that the SSR. I would rather watch Loki than Thor any day, and Wilson Fisk was sublimely terrifying. I was even quite a fan of Hydra in this show’s first season; they certainly improved the back end of it, at the least. And the Inhumans of season 2 were… well, they were interesting.

Unfortunately, the third season of Agents of Shield seemed to be an exercise to how to take compelling villains and flush them down the toilet for the sake of another antagonist that isn’t nearly as clever as the writers think he is. (This is perhaps a trend.)

Don’t get me wrong, I have many good things to say about this season. I was completely engaged, the whole way through. There are some characters that they did quite a good job with, Simmons especially. And I cannot tell you how happy I am that they made Fitz a nice guy about her relationship with Will, rather than a Nice Guy™.

Ward: So you’re how Simmons managed to survive all those cold nights, huh? Hmm. [To Fitz] Maybe you want to pull the trigger.

I’ll even admit to shipping Daisy and Lincoln a bit. But only because Lincoln kind of does it for me. And they gave their lead female character a permanent facial scar. Sure, it’s a tasteful scratch, but progress, man.

But let’s go through the season and discuss who how the antagonists were presented and dealt with.

At the beginning of the season, there were four main issues that our heroes were dealing with. Firstly, and most importantly, there’s the mystery of the shadowy organization what’s doing something to Inhumans, thwarting Shield’s own attempts to help them transition. This organization is revealed to be the ATCU. They’re from the government, and they’re here to help.

But this antagonist soon proves to not be an antagonist at all. Sure there is continued tension between them and Shield as to how to deal with Inhumans, particularly the troublesome ones, but that tension is really resolved sexual tension between Coulson and Price. Really nothing came of it except for this relationship. And we all know how that ended up. 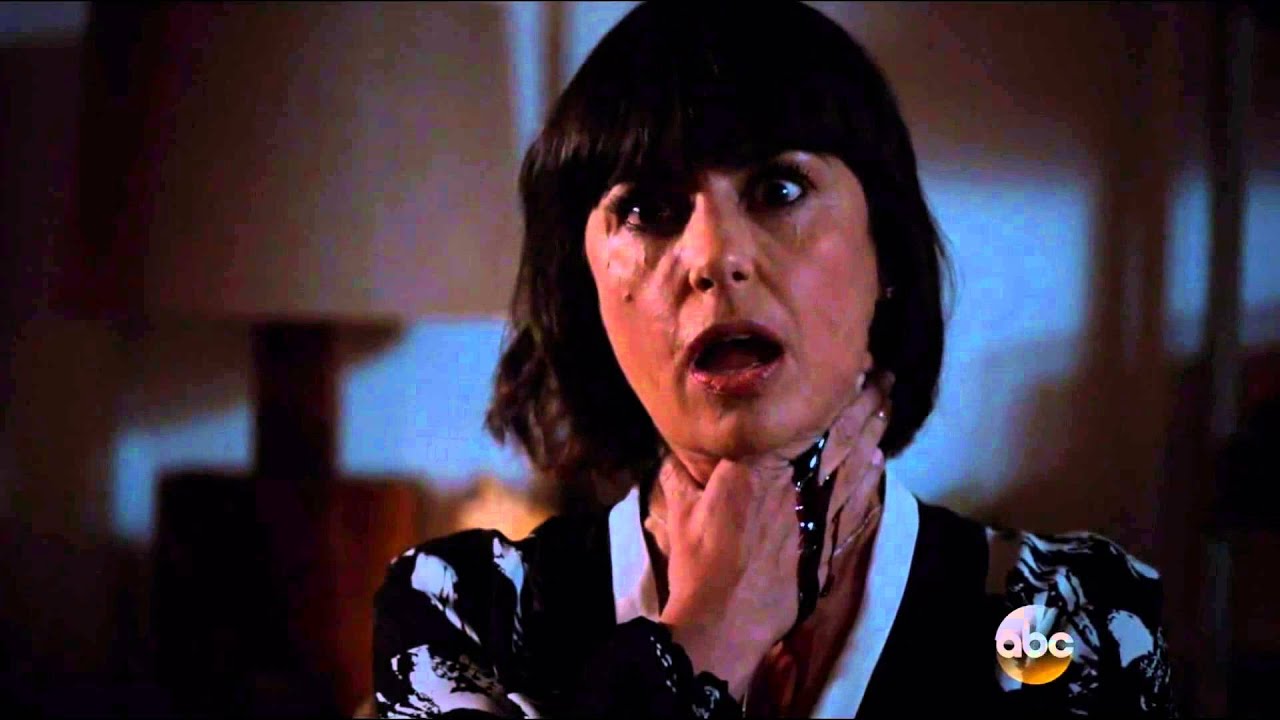 Related to this is the mysterious Inhuman who seems to be picking off his fellows one-by-one, out of some vaguely unexplained sense that they’re “wrong”. Or something. (We’ll discuss the addition of pseudo-mysticism to this show below.) The resolution to this is much more satisfying from a character perspective, but it does rather fizzle and die until it’s needed for the season’s climax.

Also important in the beginning of the season is Fitz and his obsession with saving Simmons after she’d been eaten (or whatever) by the mysterious melting obelisk. Once she is rescued from Planet Hell (and we get a very good episode where her experience, and trauma, is dealt with) she creates more drama when it’s revealed that she wasn’t alone there, and please can she go back for her boyfriend? This causes conflict within the team more than anything, but it’s intertwined (in what I admit is some cleverly intricate  plotting) with the last major antagonist, Grant Ward and his attempts to revitalize Hydra.

After Price is fridged, the three remaining conflicts collide as Hydra uses the obelisk to go to Planet Hell and get back the Inhuman god of Hydra.

Yeah…. can we talk about this?

It was revealed that before Hydra was a rogue Nazi science division it was a religion… or something, which worshiped this Cthulhu-like Inhuman called Hive and that had been founded with the purpose of getting him back. They perform human sacrifice to it. And this has been going on for hundreds, if not thousands, of years.

Like, I adore secret societies and the mythos around them, but it’s hard to see this as anything but a shark jumping moment.

It was not seeded at all… they just made it up for this season. I’m quite confident about this, even if the obelisk has cuts in it last season.

And was I the only one who giggled at the Da Vinci Code nonsense of the symbol morphing from a ram to an octopus? (No, honey. And wasn’t the octopus because he looks like a squid dude? So why would it ever be a ram…) Whatever. I’m not a fan of this development.

I’m also not a fan how how Hydra Bigwig Malick’s daughter was fridged for more manpain, but I digress.

So Ancient Evil likes to posses dead bodies, and since Coulson’s manpain caused him to literally crush Ward’s heart, Hive walks around for the rest of the season with Ward’s face.

A few episodes later, the rest of Hydra is dispensed with in one throw away seen.

Oh, and at some point Bobbi and Hunter decided they would rather be in a spin-off and were not-at-all subtly jettisoned. But, to be honest, I had trouble caring. And it literally affected nothing.

So all the conflicts from the early season, the new Inhumans, the mystery of the obelisk, Ward, and Hydra, either got dismissed or mushed together into Hive: the season’s ultimately singular antagonist. I suppose the Inhuman-phobic Watchdogs were also there, but they eventually were swallowed up by this too.

But, I don’t think Hive was as compelling as the writers hoped, and that was a severe issue for the whole season.

As much as I hate to say it (since I praised Jessica Jones so highly) the brainwashing thing is really getting old. We’ve even seen the people eating thing. And the white dude in a long black coat was old in 2000.

Also, and I hesitate to bring this up because I never criticize acting if I can possibly help it, but Brett Dalton was just not up to playing Hive. He was less Cthulu and more like a robot whose programer couldn’t decide what accent he should have. It was just… not as interesting as any of the antagonists that were shoved aside to make way for it.

In general, the introduction of mysticism did little to help this show. (What even was that stuff about all the Inhumans having a purpose, or whatever?) The seeing the future thing wasn’t as brilliant as they hoped either. I mean, spending the last two episodes playing “pass the cross” is about as compelling as it was when I did it in Catholic school. (And the Who. Will. Die!? Marketing? This is not LOST, ffs.)

I’m also not optimistic about the set-up for next season. (An AI plot? Seriously? Is that a trend too?) And how many times will Daisy go rogue before I roll my eyes?

Season 3 wasn’t bad, not by any means. But it didn’t compel me and make me starved for more like the other Marvel television shows have managed to do.

I guess I’ll watch season 4. Why not?