It’s not uncommon around here to discuss book-to-film or TV adaptations. In fact, in some ways you might call it our bread and butter. However, this book snobbery is not limited to A Song of Ice and Fire. In my opinion, the Harry Potter film franchise has been one disappointment after another, with only Deathly Hallows Part 1 cutting any sort of muster. And truly, I look forward to the day that the BBC provides a proper adaptation.

But what if instead, I put the Harry Potter book series in the hands of Game of Thrones showrunners’ David Benioff and Dan Weiss (D&D)? Forget my silliness; critics seem to agree that their adaptation skills are worthy of multiple Emmys.

So here’s how it might look if D&D approached Harry Potter with the same level of sensitivity and understanding. 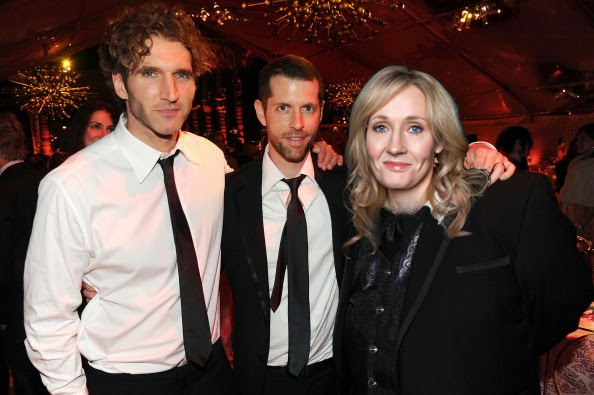 The first change? The entire series is called “The Dark Lord,” in favor of “Harry Potter.” Oh, and they encourage their actors not to read the books.

The Dark Lord I: The Magician’s Stone

The Dark Lord III: The Dementors

The Dark Lord VI: The Battle for Hogwarts (final movie)

When told that their adaption deviated wildly, D&D point out how the “endgame was the same.” JK Rowling says very little on the matter, simply tweeting about something called the “butterfly effect,” and how “the books are the books and the movies are the movies.”

The Dark Lord series is a resounding success. They sweep the Oscars. Critics are dismissed as “snobby book fans.” Another successful adaptation, boys! An Open Letter To JK Rowling: Please Shut Up

Dear J.K. Rowling, Or maybe we should call you Joanne? After all, you seem to be obsessed with the names people have, especially ones... Julia and Kylie continue their laborious journey back through Season 8, as they recap the final 3 episodes that broke fandom forever. Listen below, subscribe/listen...