Big Brother has been full of surprises this summer. Fans were excited to see veterans Da’Vonne Rogers, James Huling, Nicole Franzel, and Frank Eudy return to the reality-game show. Yet Big Brother had another treat in store! Two of this summer’s houseguests happen to be siblings to some of BB’s legendary runner-ups, Vanessa Rousso of Season 17 and Cody Calafiore of Season 16.

My sis and I ?? #bb18#bigbrother#roussosisters#tiffanyrousso#vanessarousso#bbpic.twitter.com/n0tW44KpOG

Tiffany Rousso’s entrance into the Big Brother house left no doubt that she was Vanessa’s younger sister. Their features, voices, and mannerisms are nearly identical. So much so, that a few houseguests quickly made comments during the first episode.

Interesting enough, Paulie Calafiore was the first sibling to come out and announce his familial ties to a previous player. Perhaps he thinks his blonde features and mannerisms mirror his brother’s dark looks. 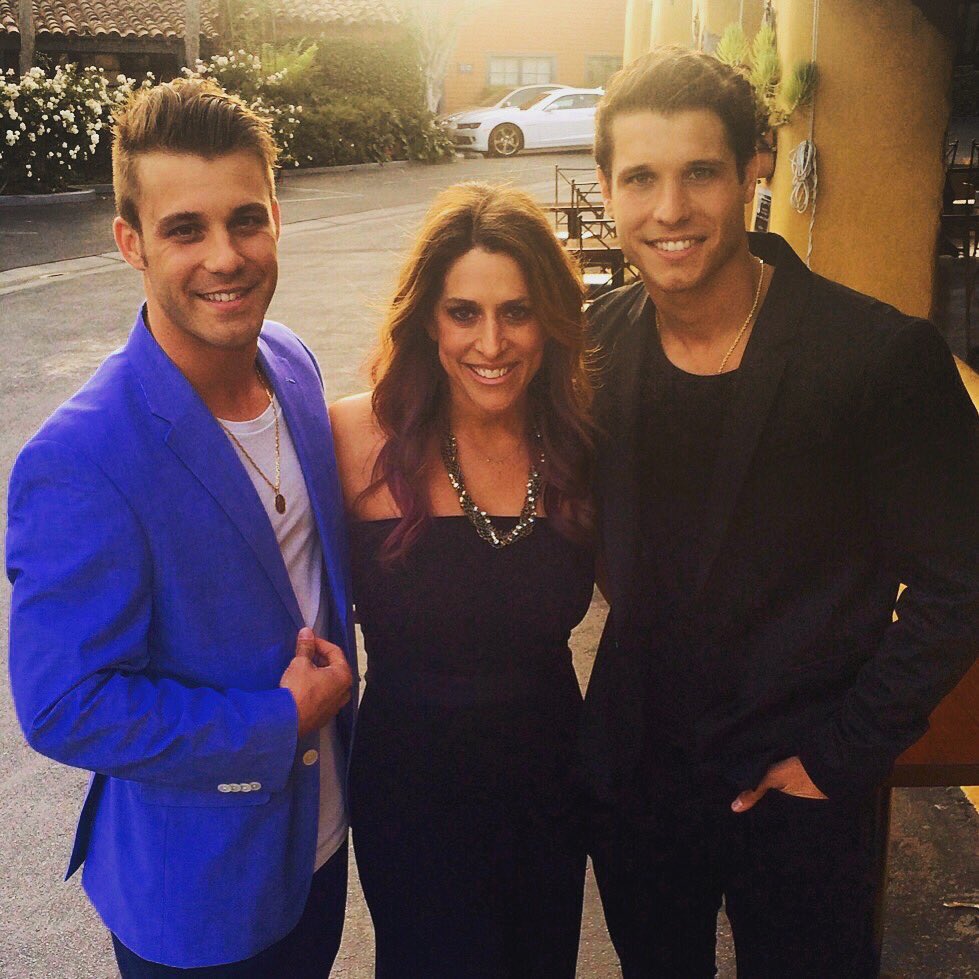 Friday @Kassting and I joined @Cody_Calafiore for the LA showing of his movie #WHLN ! Great time, with great people! pic.twitter.com/E6cCOA3TOy

Could Paulie’s decision have earned him more trust amongst the houseguests than Tiffany, since Tiffany did not immediately announce her relationship to Vanessa? Why did houseguests vote Tiffany out week 4 with a vote of 8-0? Why would Tiffany be named a large target early on in the game whereas Paulie is not on anyone’s immediate hit-list? This past week, Paulie volunteered to sit on the block, and the majority of the house is on-board with his plan to be a pawn in Paul’s reign as Head-Of-Household.

There seems to be a double standard at play when you compare Tiffany and Paulie’s games. Is this standard fair or simply a result of social constructionism?

Is Tiffany Another Vanessa?

Repeatedly throughout Season 18, houseguests have rationalized their vote against Tiffany by saying she is another version of Vanessa. Houseguests support this argument with three facts:

Although these supporting facts seem sound, the reality of the situation was much different than the houseguests’ perspectives.

Tiffany is Not as Emotional as Vanessa

Tiffany was constantly comparing herself to her sister. When she lost competitions her sister rocked, Tiffany beat herself up. The pressure she put on herself to follow in her sister’s footsteps caused her to cry a few times. The drama was with herself, and no one else. Tiffany’s game plan for the season was to “build rapport with everyone, be social, and have one person [she could] trust until the end” (Inquisitr). When Tiffany witnessed the 8Pack alliance break apart and then felt the house slowly turn against her, her ‘emotion-fueled drama’ did begin to include the rest of the house. She let the loneliness of being a drifter get to her, and it was that huge moment of weakness which solidified the houseguests’ first supportive argument.

“I don’t have one person. I don’t have that one fucking person that I can fucking talk to. Every single one in this god damn house has somebody.”

Tiffany did Not Manipulate Players

Tiffany was never as manipulative as her sister. The moment she lost her allies and good rapport with houseguests would be when she could not throw the Toe-zarks Power of Veto competition. The promise Tiffany made to her alliance was broken, and she didn’t try too hard to mend or strengthen those relationships. Vanessa would have covered her tracks and sell a good story, but Tiffany is not Vanessa. Some of her alliance members didn’t pick up on the fact that Tiffany purposely beat out Da’Vonne, but Momma Da called Tiffany out. Unfortunately for Tiffany, Momma Da did not believe her cover story, and made sure everyone else in the house was aware of Tiffany’s disloyalty during that competition.

Not Many Comps Were Won

Tiffany may be a fierce competitor, but she didn’t win as often as she said she would in her early season interview with Jeff Schroeder. The only time she did win was during the BB Roadkill competition the week she was on the block. Choosing Da’Vonne as a third nominee was a good choice for Tiffany’s game; however, both Paulie and Da’Vonne had campaigned against Tiffany for the previous two weeks. Multiple times, cameras would show players talking about why Tiffany was a risk to their game or how Tiffany was a drama grenade. Therefore, by week 4, the house believed Tiffany was a threat to everyone’s game.

“I’m trying to put my word together and all of a sudden, I can feel Tiffany burning a hole in my face, and she’s counting my letters!”

Paulie has been Head-Of-Household twice out of the past five weeks. Why has he been less of a target than Tiffany? To begin, he has built strong alliances with the majority of the house. He seems to be following his original strategy which is to use more logic in forming and re-forming alliances, rather than playing a social game based friendship. He said in his early season interview that he believes his brother’s social game is what caused him to lose at the very end. Cody’s decisions were based off of the loyalties of friendship and not on who could help him get farther in the game.

It’s also helped Paulie’s game that other houseguests have made themselves open targets. Week 1, Jozea sealed his fate by telling everyone in the house that he was the Messiah of Big Brother. Week 2, Victor’s friendship with Jozea and his rude comments to houseguests landed him on the nominee block. By Week 3, rising tension between Frank and Da’Vonne pitted the house majority against Frank, Bridgette, and Bronte.

Although Bronte and Frank are out of the house, Bridgette is still a target because of her association with Frank. Tiffany was naturally Paulie’s competition, and with Tiffany now gone, Da’Vonne—the other half of the Frank drama—has become a target. Even though Paulie sat himself on the block beside Bridgette, and he believes he will with no doubt be safe, the house could be swayed within this week to vote him out. If only one or two people began talking about how Paulie is a fierce competitor, and a difficult person to beat in the game of Big Brother.

The decisions made during this season have been rational, but I just pointed out that the players’ perception of the game do not necessarily match up to reality. Tiffany is not Vanessa, just like Paulie is not guaranteed safety. Why are the houseguests’ perceptions not as clear and logical as they assume? The answer lies within their social construction of reality. (Want a quick 15 minute lesson on The Social Construction of Reality? Checkout this video of Dr. Dennis Hiebert.)

The Social Construction of Reality basically means that reality is created by people sharing meaning and assumptions. This includes everything from the tangible to the abstract. The Social Construction of Reality occurs when a social world is created, order is imposed on that world, and then people believe in the order they created. In the game of Big Brother, players come together to share their thoughts and personalities. They show off their skills in competitions and come to decisions by talking to one another, or sometimes speculating about one another. Order is imposed on this reality when players choose to align with one another. They select targets together based on shared knowledge and assumptions. Then the players believe in that knowledge and those shared assumptions, because what else are they to believe?

The Big Brother game we see playing out on screen is actually a world houseguests are building together. When you compare Tiffany and Paulie’s games, there is a double standard. Paulie is rarely compared to his brother, but Tiffany is always struggling with Vanessa’s shadow. The houseguests will believe their view of the situation is fair, but that’s only because it’s based on the reality they’ve created together. On the outside looking in, the reasoning behind Tiffany’s eviction was obviously based on more than a few simple truths. Social constructionism played a huge part in voting Tiffany out, and she won’t be the last victim of this phenomenon.