Yep. I’m here to confess. This gamer has utterly failed at gaming lately … to the point where I haven’t even bought the expansions for my all-time favourite game The Witcher 3. But rather than lay out a bunch of excuses for you about my nightmarish university schedule, TV binging habit, and general laziness, I will instead provide a detailed list of my most recent failures in the gaming world for your viewing pleasure, so that you can shame me, hopefully into actually playing the PS4 games I put down cold, hard cash to purchase. Observe: my wall of gaming shame.

If I give one excuse for the rest of my failures as a gamer, it’s this. Black Ops III is hopelessly addictive, and when you and your brother each have a Playstation in adjacent rooms it’s hard not to just switch this on and smash out thirteen rounds of Team Deathmatch instead of playing LITERALLY ANYTHING ELSE.

The Game: Ratchet and Clank
The Shame: Still Have Not Finished The First Playthrough 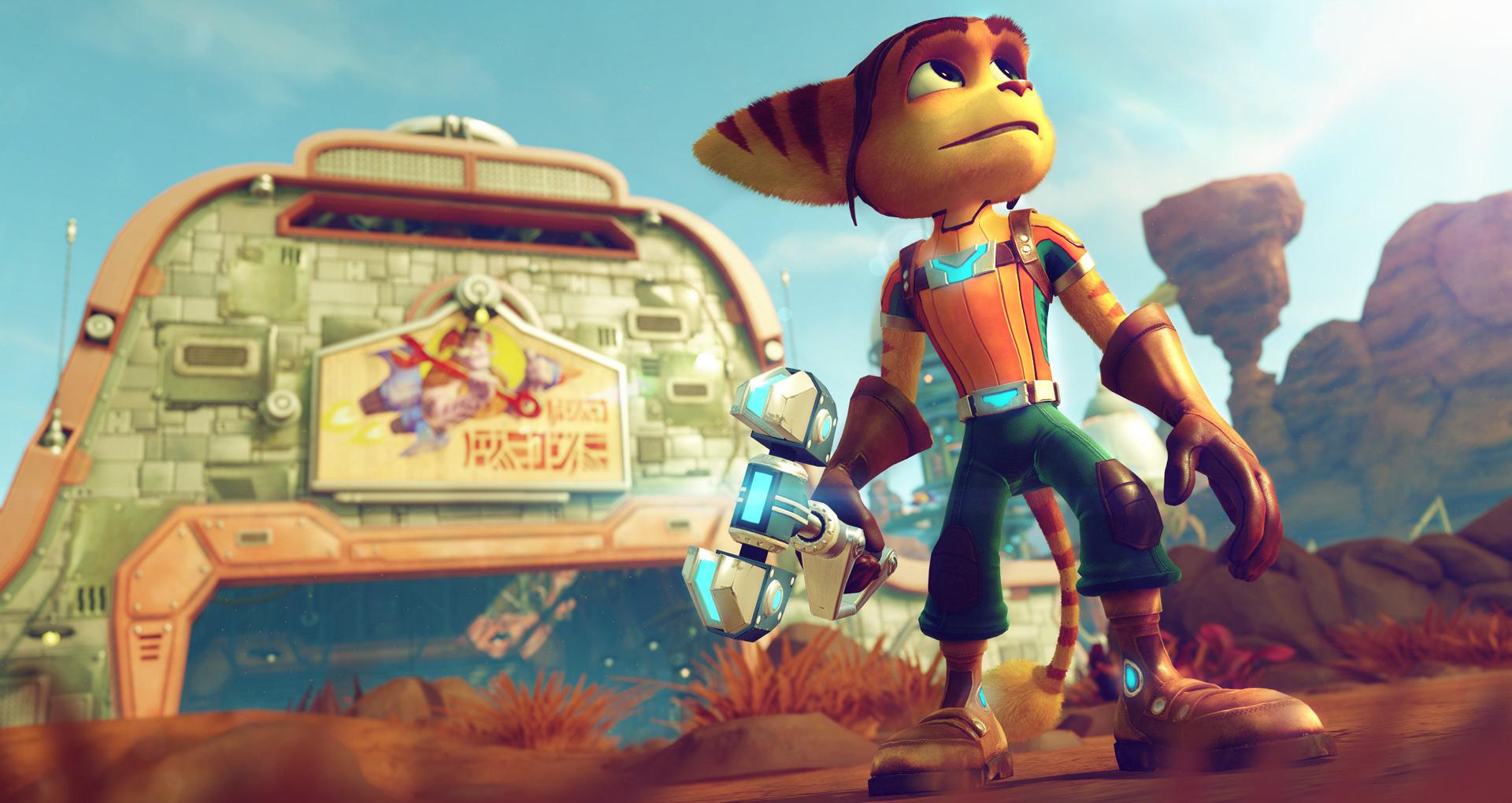 I bought this in April the day it launched and intended to write a review for this site. That never happened. Which really is a crying shame because the rebooted Ratchet and Clank is just a beautiful cinnamon roll of a game. It’s just so pure. The original Ratchet and Clank game is what got me into gaming as a kid, so it’s safe to say this title has an absolute buttload of nostalgia tied into it. It’s fun, colorful, clean and casual. Why have I not finished it yet? Who even knows.

The Game: The Witness 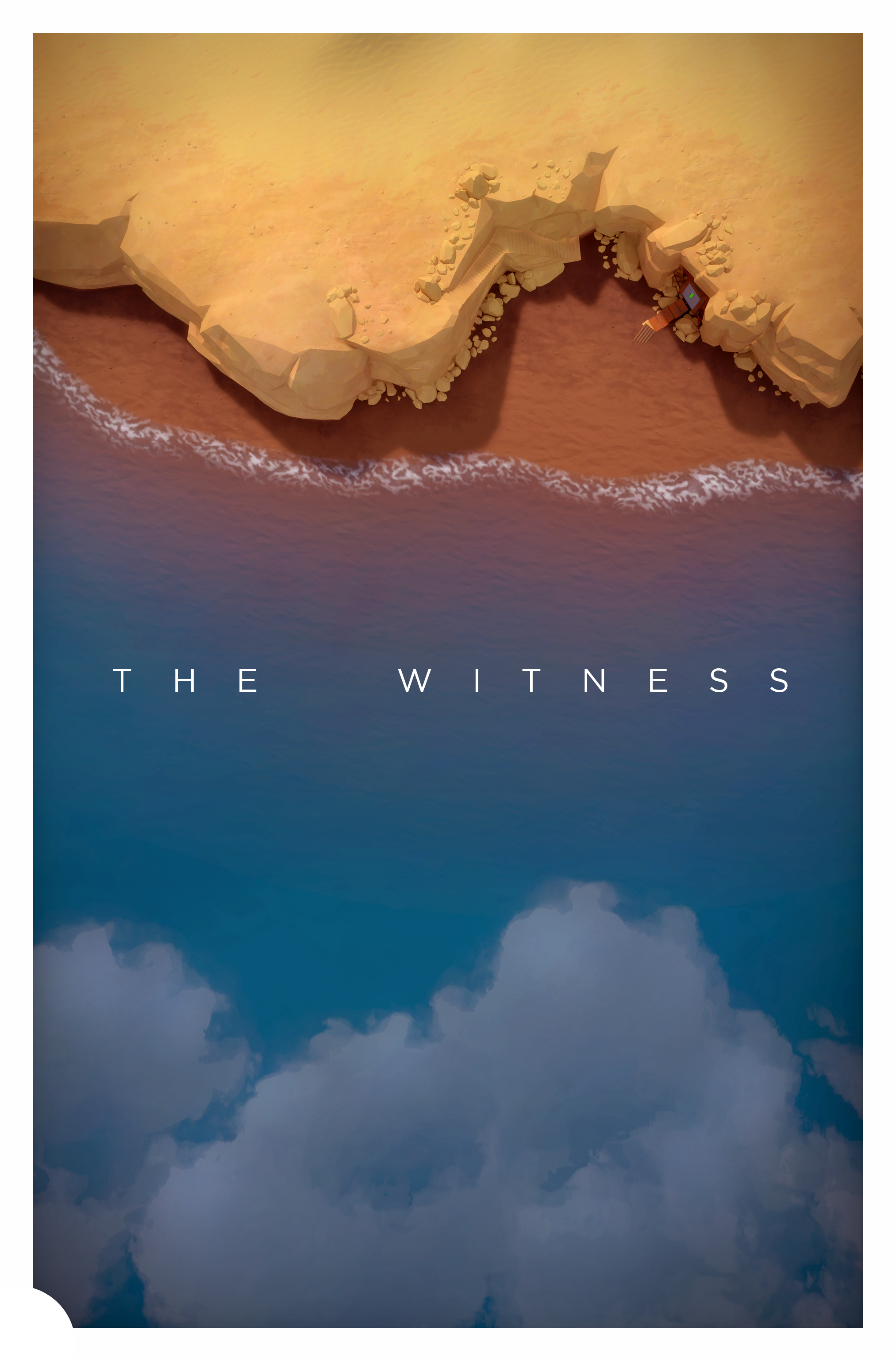 The Shame: Took Too Long a Break

I bought this from the Playstation store on a whim knowing almost nothing about it other than that it was a “puzzle game” and one of my friends had managed to achieve all the trophies. The vibrant simplicity of the design attracted me and the idea of deliberating over puzzles instead of button mashing enemies was intriguing, so I gave it a whirl. The Witness is a spectacular game. If you choose to play it — and I recommend giving it a go — don’t make the mistake I did and take a break. I mean, take a break, absolutely — stretch your legs, drink some water, stare into the distance for a little while — but don’t leave it unfinished for a length of time. For some silly reason I decided to leave this by the wayside for a week or more, possibly because I got distracted by another new game or defaulted back to my hellish habit of popping in that godforsaken Black Ops III disc every time I turn on my PS4, but the break has made it just about impossible to get back into The Witness. Part of the magic of the game is the way the puzzles build upon each other: one set of puzzles is a more elaborate version of the previous set, and so developing your logic and problem-solving skills is part of the fun. Lose the momentum and some of that magic is lost when you forget how you got somewhere. Play it for sure, but choose your time wisely and be dedicated if you can.

The Game: Firewatch
The Shame: Never Started It

I saw this little indie game around Tumblr a lot and downloaded it around the same time that I bought The Witness. Got caught up playing The Witness – never opened Firewatch. I feel bad. It looks so pretty and I just left it there all alone. I owe it to this little game to give it a go so I’ll definitely open it up soon. Sigh. Can you feel the shame seeping into the essence of this post? I deserve it.

The Game: Overwatch
The Shame: I Always Play The Same Four Characters

All right, my experience with this game isn’t quite as shameful as the rest — I pre-ordered it, picked it up on the day of release, and began playing that night, after having already tested the Beta. When I first started playing my one-sentence descriptor for anyone unfamiliar was “if Super Smash Bros was a FPS”. It brings the same level of friendly enjoyment and competitive kick. I’m loving Overwatch and it’s been super duper fun, a welcome break from Call of Duty. In fact Overwatch has managed to break the streak in my Black Ops III binge, which I am extremely grateful for. My biggest problem with Overwatch has been time. I haven’t had time lately to sit down and play for very long, I usually only manage a small handful of games before a more necessary business calls me back into reality, so when I do get on I want the experience to be fun and familiar. Hence, I keep playing the same damn characters over and over again without trying out new ones. I have a favourite in each category — Pharah for offence, Junkrat for defence, Reinhardt for tank, and Lucio for support. I’ve given a few other characters a little love on occasion  — Tracer, Widowmaker, Mercy … but virtually all the rest have so far remain untouched. It’s embarrassing really. How am I supposed to know who my favourites are if I haven’t given them all a fair tryout? If you catch me in a round of Overwatch remind me to STOP PLAYING AS LUCIO.

The Game: Uncharted 4
The Shame: I Bought It Before I’d Played Any Of The Others

We have now arrived to my greatest gaming shame, perhaps of all-time. Although I’ve never properly played The Last of Us so you can go ahead and shame me for that too, while we’re at it. But no, I’d say by far my biggest gaming failure has been never playing the Uncharted series. And to get even more embarrassing, I bought Uncharted 4 without having played any of the rest.

Now, now, before you scream at me for skipping three amazing games for absolutely no reason whatsoever, I hear you. And I didn’t do that. Earlier in the year I bought the remastered Uncharted Trilogy, I just continued to be a lazy ass and didn’t get around to playing them until the new one came out. If we’re going to be specific we can blame my discovery of Fallout 4 for that — I started playing that literally days after purchasing the remastered Uncharted series. But Fallout 4 was an excellent game and is the only game I’ve finished since April, so I guess we can’t be too hard on it, right?

Anyway. I have indeed been playing the Uncharted series, much to the relief of my dear brother who has been literally begging me to play them for years. Halfway through the second game I pulled off my headphones to tell him, “you know, if you had told me these games were like playing through National Treasure I would have been sold immediately”. He just sighed loudly and told me my failure to play until now was nobody’s fault but my own. And he’s right. I’m now halfway through Uncharted 3 and intend to finish it as soon as possible so I can get stuck into the stunning graphics of Uncharted 4 … that is, if I can get myself unhooked from Overwatch.

Damn you, online multiplayers. Damn you.

The Fandomentals6 days ago