It took me quite a while to get through this season. You probably noticed, since this review is a week later than I expected. I’ve made quite a habit of binge watching shows lately, but in this case, I didn’t have an overwhelming need to press that “Keep Watching” button like I did with Jessica Jones, or the first season of Agent Carter.

The second season of Daredevil wasn’t bad. But it wasn’t all that good either. It was mediocre, middling, beige.

And beige media is officially the most difficult to write about. I can write reams about how horrible Game of Thrones is, or gush for hours about Steven Universe, or The Force Awakens but it doesn’t take a thousand words to say “I was fine, I guess”. (It only takes five.)

So when deciding how to approach writing this review, it occurred to me that things that are middling aren’t usually middling all the way through, there are good parts and bad parts that average about to…. okay.

The Death of Nelson and Murdock: Matt and Foggy’s friendship has always been a very strong foundation for this show. This season their relationship was severely tested; in fact, it may be broken beyond repair, and it all made perfect sense.

Apparently, some people find Foggy annoying, but I’ve never felt that way. Foggy is good person. I love his random flashes of super-lawyer competency. By the end of the season, I was totally able to believe that someone like Hogarth would want him working for her. He clearly put everything he had into Nelson and Murdock, and by extension, into his friendship with Matt.

So when Matt proves that his role as Daredevil is more important to him that their firm-cum-friendship, of course he felt betrayed. Especially considering it was Matt who insisted that they take Frank Castle’s case. And then he didn’t show up to make the opening statement. Foggy put up with a lot of shit from Matt, and he obviously still loves him, but it was simply that once they had a common goal, and now they don’t. That’s how friendships end in real life.

The Karen Chronicles: Karen Page really came into her own as a character too. Her romance with Matt was a little stillborn, but it served to highlight how similar the two characters are in many way. They both have that strong code that compels them to seek redress, well beyond any reason. Where Matt keeps throwing himself into situations that cause him to be bleeding all over his rug, Karen always keeps digging, keeps believing in the inherent goodness of people.

Karen’s new career path, from legal assistant to investigative reporter, has very nice promise for her character moving forward. And while there were a few moment where it felt like she was channeling April O’Neil a bit too hard, (she moves from being kidnapped by the Blacksmith to being kidnapped by the Hand in, like, ten minutes)  but she’s never passive and she’s never stupid.

Jon Bernthal: This man’s performance was easily the highlight of the season. Easily.

And talk about a grey character. There are just no easy answers to Frank Castle. His actions are abhorrent, but his motivation is so disturbingly, heart-wrenchedly relatable.

Castle isn’t easily classified as a protagonist, an antagonist, and antihero, what?

He was obviously supposed to be the dark reflection of Daredevil, like Wilson Fisk was to such great success last season, but unfortunately for the themes and shit, the Punisher was just so much more compelling of a character. The extent to which he dominated their conversations is slightly ridiculous. Daredevil just seems like a naive teenager who’s discovered that life isn’t fair for the first time.

I’m going to watch the hell out of his show. And it’s almost a problem that this wasn’t his show already. He just crushed everyone else he was on screen with, not just Matt, but also formerly dominating presences like Fisk.

The fight scenes: They’re still awesome. Apparently there’s a ten minute cut of that fight in the stairway. And by cut, I mean take. It was all one take. Go read Bo’s reviews if you want an in-depth discussion of the fight scenes.

Elektra: I’m sorry, I know that this character was largely seen as a success, but I’m afraid I will have to dissent from that majority opinion.

The thing about Elektra is: she’s an asshole. From the very first second we meet her, she’s a jerk. She’s an entitled rich girl. She thinks she can break into people’s houses and steal their cars and eat their cheese because….she’s Elektra Nachios I guess. Narcissism is the word. She’s Tony Stark. 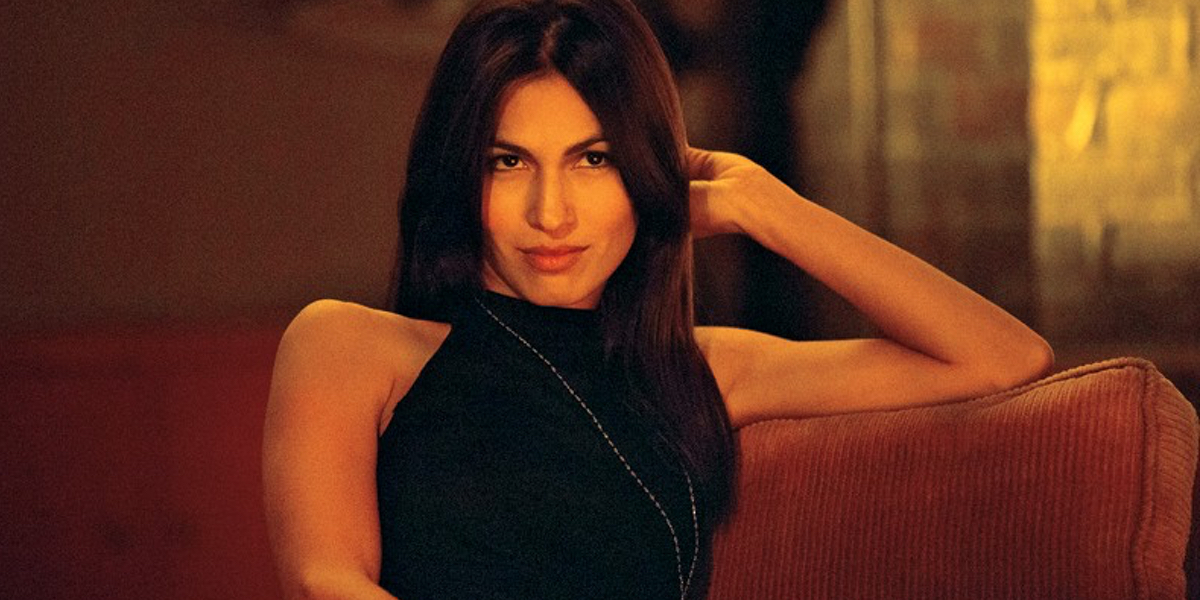 This isn’t necessarily a problem. These characters can be enjoyable; they can grow (like Stark did). I get that Elektra has had a deep and unnamable sense of ennui all her life, and that’s why she acts out, but, I don’t know, even when she finds out that her mentor wants to kill her because she the antichrist (or something) she still just feels so… entitled, and narcissistic.

That’s probably really not fair of me, and, like I said, a character like that isn’t inherently a problem, I just don’t get while Matt would ever be in love with her. I get that he’s in love with her despite his better judgement and all that, but what about her did he ever find attractive? Was it just that he finally met someone who was his physical equal? Was it that he always wanted to steal shit and break things?

Clearly, she’s not good for him. The narrative seems to know that too, so I won’t go on about it. But I just can’t get excited about this character.

Fisk Fizzled: I loved Wilson Fisk last season. This was not a secret. But when he showed up again this season… I was less enthralled. I’m not sure what it was that changed. Maybe it was just the fact that he got thrown in there towards the end and couldn’t really breathe as a character. He was too busy carrying legal pads full of inside prison info and eating steak while listening to Bach. (why’s it always the prelude to Bach’s first cello suite? Every fucking time.)

I’m not sure he justified himself. I mean, he get Castle out of prison, but is that enough? That couldn’t have happened any other way? I don’t like the idea of Fisk being an afterthought.

Hopefully it was set up for next season.

Magic Ninjas: So the early part of the season was kind of a rollercoaster. Who will the Final Boss be?

The very first scene made it look like it was going to be the Irish mob, but that ended in a hail of gunfire quite quickly. Then it was the Punisher who was going to take the season to bring down, I assumed, but it was rather shocking how quickly he came over to the dark, dark grey side.

Then it was the DA and her evil cover-up. How far does it go!?

Not very far, it turns out. That went down in a hail of bullets too, and it was “The Blacksmith” who was the most evil. But then he died.

And kind of woven through this, but also quite disjointed from it, are these Japanese dudes who think they’re from Mount Weather and have a mystical backstory about how they’re immortal… or something. It’s never very well explained. Elektra doesn’t like them. They’re digging a hole. And then in the final few episodes they just take over and are officially the Final Boss.

This is the same problem I had with Iron Man 3, it’s not so much that they switched the villain on me towards the end, it’s more that what I ended up was so not better than what I had a first.

I’ve never read the comics, of course, so for all I know magic ninjas are typical Daredevil bad guys. But what are they doing in the same show as Wilson Fisk and Frank Castle?

And you know what also was not well explained at all? This Black Sky thing. Do they serve her, or own her? I was confused. Is she going to blow up, or is she just superpowered? Where did she come from? 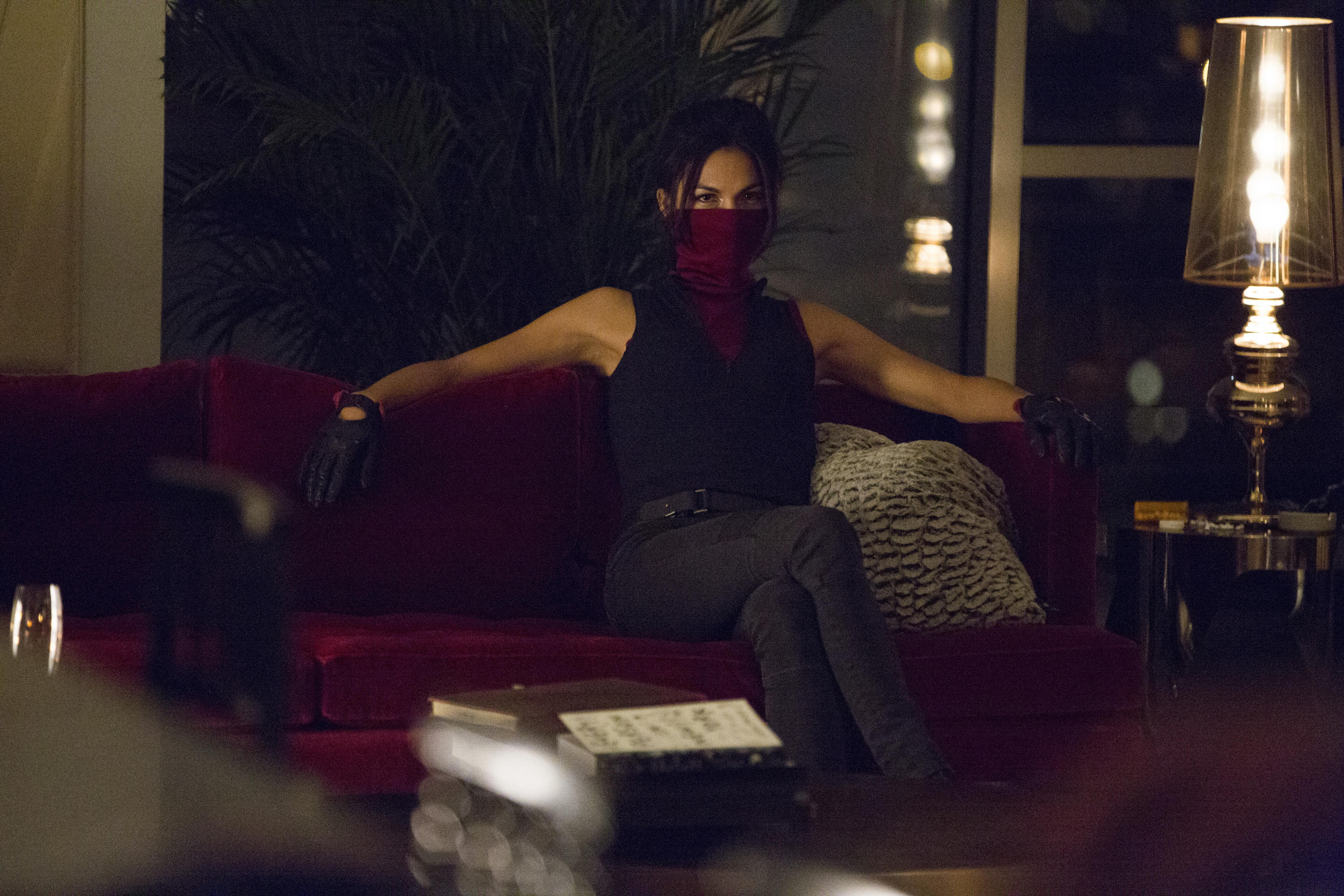 And most importantly of all, if Black Sky is a super old idea from, like, ancient Japan, or whatever, why do the ninjas always say it in English, even when they’re speaking Japanese?

I suppose this is all set up for season 3 too, which does not make me super optimistic. For some odd reason, I prefer complexly characterized antagonists to pseudo-spiritual necromancy.

But that’s just me.