Update: I have just been informed that ‘Deadpool’ is not part of the MCU proper, but rather the Fox X-men franchise. So I suppose here is a good ol’ fashioned review of a film with a Marvel character in it. Sure. Please excuse the author as she dies of embarrassment. Agents of Shield season 3 is coming next week, and we’re still quite sure that’s in the MCU.

As someone who only began watching comic-book movies very recently, my limited experience tells me that Deadpool is absolutely nothing if it is not… different.

It’s different as a comic-book film because it’s much less of a tentpole movie than your Ironmans and Avengers and X-Mens. The “R” rating kind of guarantees that as much as anything. There’s no “saving the world” level scope either; no great names to put on lunch boxes and children’s pyjamas.

But Deadpool himself, or Wade Wilson as he is mostly called, is what really makes the movie different. Or makes it anything at all.

The plot of this film is the most clichéd, pedestrian action movie plot I have ever encountered. Or it would if, you know, I hadn’t encountered it before, about a million times. White male badass protagonist with heart of gold meets girl, something happens to seperate them that protagonist identifies as the fault of one singular antagonist, protagonist voluntarily doesn’t return to girl because… manly reasons, girl gets caught up in plot anyway, protagonist defeats antagonist, girl loved him all along. The End.

But to make this movie there were two elements that came into play: character and style.

Wade is not a hero in any sense. There’s really no cause that he’s fighting for other than his life with his girlfriend. And that’s not really an unworthy cause, but when you consider the kind of man he is—a murderer, a casual amoral murderer—you get confused as to why he’s not a villain. Like, he wants to look hot again so that his girlfriend will still want to be with him. And for that, he kills people. Lots of them. How is he any better than Francis, the antagonist? He’s not, really.

I supposed you can argue that he doesn’t want the evil science experiments to happen to anyone else, but no, that is never a thing that’s brought up. He’s sad that he’s not hot anymore. That’s it.

But Wade and Deadpool are great. You don’t so much like him or are on his side as much as you simply enjoy him.

I sure as hell enjoyed him. He’s funny and irreverent; he’s the mould for an action hero, yet he just slays toxic masculinity with his unapolegetic pansexuailty and Adventure Time watches. I could watch him all day long. 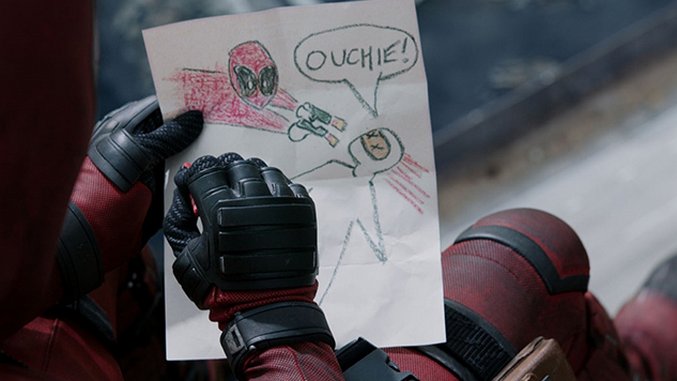 The supporting characters are quite enjoyable to. The antagonist (Francis… his only name) was kind of a big ball of bland, but he’s British, so I guess it’s fine. His sidekick is a perfectly standard evil henchmen too, expect that she’s a woman and that is still worthy of comment. She likes to hold matches in her mouth for some reason? Like, it’s very important to her to always have a match in her mouth. That’s characterization, I guess.

But no one cares because we have the supporting good (for lack of a better word) guys. Like, Vanessa.

Oh Vanessa, you are like a breath of fresh air in a stuffy club filled with thousands of problematic portrayals of sex workers in media. I like you. It’s sad that you seem to have to explain to people that it’s quite offensive to depict sex workers as women who are just waiting around for the right guy to come along to “rescue” them. But not here. She was a sex worker when she met Wade, and by all indications, she still is. She’s a normal person, who is perfectly capable of a normal life. And she’s a sex worker. That’s kind of it. 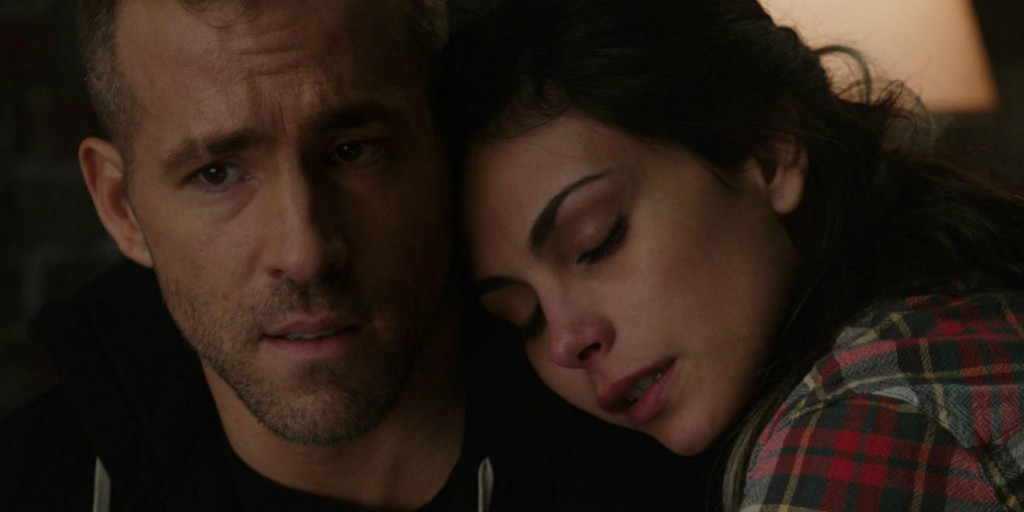 And I love their whole “who had the worst childhood” competition. And I don’t care who knows it.

I also kind of like the best friend sidekick, who I’m not sure is actually Wade’s friend. He’s his bartender? That’s an important relationship in any superpowered anti-hero’s life. There’s not much to say about him other than, yeah, he was fun.

There are also two bargain basement X-Men? One of them was a Russian cinnamon roll. I was a little confused by their presence. I don’t think much of anything would have changed if they were removed, but I guess Russian Cinnamon Roll was a good foil to Deadpool, so that he could explicitly and repeatedly reject this whole hero’s journey narrative that the genre wants him to have. That may be a bit generous. There needed to be a CGI character, as the movie itself so humorously lampshaded.

Lot’s of things were humorously lampshaded, because Deadpool (and even the narrative itself) is constantly breaking the fourth wall and just stating things like, “the studio couldn’t get the right to any other X-Men” or “What I’m about to do with only twelve bullets is extremely improbable.”

The entire style of the movie is perhaps what really makes it. It’s as quirky and irreverent as Deadpool himself. The all-over-the-place timeline and the not always logical moves from one scene to another are not infuriating so much as they’re another way that the main protagonist is characterized. It’s style over substance, but in a good way. In a way that was able to elevate a nothing story into a film you’re unlikely to ever forget.

But that also a bit of a problem when it comes to talking about this movie. There isn’t all that much to talk about. I suppose we can talk about the feminist implications. They are fine. Vanessa breaks out of the love interest pattern enough that I like her, as well as her relationship with Wade. And the challenge to traditional notions of male strength are definitely there. So much so that when it’s Vanessa who strikes the killing blow, it feels perfectly natural. It doesn’t make Wade look weaker, and it doesn’t have that pandering feel to it, like the filmmaker wants us pump our fist and say “grrl power!” On the other hand, as much as I want to praise the risk that Fox took with this character, how much of a risk was it, really? This is still the same snarky white guy I’ve been watching for, like, a dozen movies now. But he’s not straight so, baby steps forward are still forward? I guess?

As for other intersections well… I can remember exactly two People of Colour with speaking roles. One is a South Asian taxi driver with a problematic love life who call Wade “Mr. Pool” and is more or less a stereotype. The other is a sassy old lady. So… room for improvement.

My biggest concern with this movie is the thing that’s been a perennial concern with me for this whole project: follow up. A sequel has already been greenlit, but I fear for what will happen when they try to do on purpose the stuff that happened naturally that made this movie work.

In the meantime, I think Deadpool will be added to the list of movies I like to watch when I want to turn off my brain and have a beer and a laugh. Back to the Future, Star Trek: The Voyage Home, Zoolander, Deadpool.