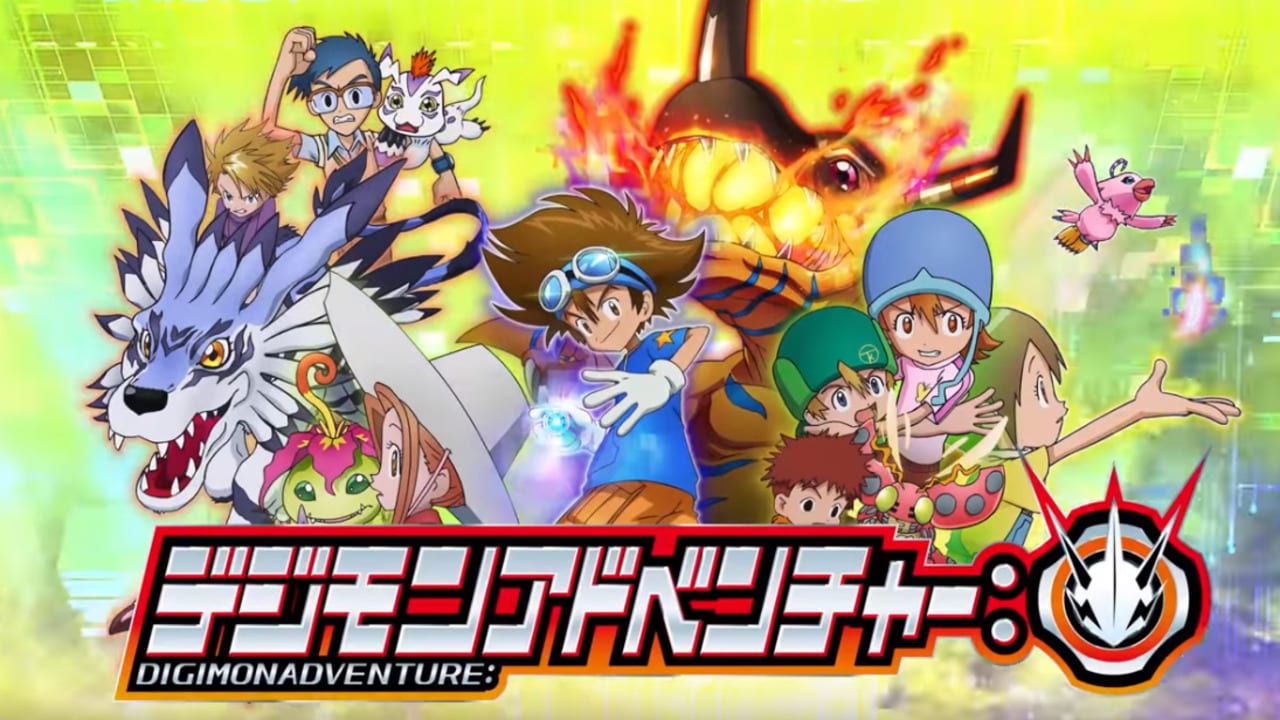 Welcome back to my ongoing review series on the new Digimon Adventure reboot! If you want to know more about what exactly it is I’m doing here and who all these weird Japanese names refer to, go check out part one from last week. If you’re all up to date on that, let’s get right to it! After successfully saving his mother and sister from cyberterrorism by beating the world’s cutest cyber terrorists last week, Taichi meets an unfamiliar lonely boy on a wolf-like Digimon. Delighted to have some human company, Taichi tries to form a friends pack with this new boy and Koushiro, but Yamato, the new boy, is less than enthusiastic about working together. Koushiro is still on the digivice phone (and face time?) and feeding them information. Such as the US military data base being breached, presumably by the same cyber terrorists that just tried to cause a major train accident in Japan. When faced with an even stronger foe and the threat of nuclear annihilation, it is up to the two boys to combine their powers and literally save the world.

This second episode is very light on plot and very heavy on the fighting, so there’s not much more to say about it without getting into spoilers. The animation quality seems to be holding up so far, I enjoy Yamato’s voice actor maybe a bit too much, and the partner Digimon seem to have a bit more character than before, so that’s nice. Does this remind anyone else of Princess Mononoke? No? Just me?

Well then. We went from reasonably high stakes introductory episode to the literal premise and climax of two feature films in under 20 minutes. Like, I knew from the title and the preview that this would be derivative of those two movies – the original War Game movie and also Summer Wars – and was hoping for a new twist. And so far, the new twist seems to be streamline everything and hurry it up, we only get two episodes for this. Probably.

But before we get to, well, them breaking out the absolute biggest guns Adventure ever had to offer, can we just talk about how Taichi is a poor, lost, aggressively friend shaped extrovert surrounded by socially awkward, introverted dorks? Yamato might act all cool and aloof, but he’s still a socially awkward dork, probably. He tries so hard, you guys.

I was very entertained by Yamato only starting to cooperate when Taichi started talking about Koushiro and now smart he is and how he technically only introduced himself to Koushiro after he showed some competence.

Greymon and Garurumon had great banter. In a way I’m not quite used to from partner Digimon who were all very, uh, same-y in character when talking to each other. They also seem to know each other already when the kids don’t? Which is going to be a little weird if they all do end up going to summer camp together and discover omg, we’re all from the same elementary school!

Now to the odd. Due to how focused on the fighting this episode was, Taichi and Yamato didn’t really have much time to bond. Like, the part when they actually were talking, it was Taichi talking and Yamato avoiding interacting with him directly. Taichi is still bragging about his cool new friend

Sure, they got some nice moments in the fight with unspoken battle strategies. Let me get into that a little here; the fights are approached from a more strategic standpoint than just throw fire at it, it’ll work eventually/get rid of the dark gear or whatever gimmick of the day, and also seems to involve the kids more now. Taichi is again throwing around little cyber terrorists, and Yamato is on Garurumon’s back for most of the episode. The super close-range fire attack maneuver was a little underwhelming considering how it was hyped up as this super risky y’all could die kind of attack. But it’s a new approach to fighting and that’s fun.

But what fell flat for me was the instant devotion between Digimon and humans here, and also, just… Well. The omega elephant in the room. So like in the movie, the apparent solution to Not!Diaboromon and the nuclear missile (this time fired from a submarine, that’s new!) is Omnimon. Omnimon is a Big Deal, technically. It’s part of the Royal Knights, a group of mega level knight Digimon that are basically part of the mythology but don’t make a formal appearance until Frontier, and it’s the first DNA or Jogress digivolution… Ever in franchise history.

Now the thing is, traditionally, evolutions in Digimon were tied to character focus episodes and development. There was an order to these things. You unlocked the champion level – which Greymon and Garurumon are on – in the human partner’s focus episode. Then the kids had to act on certain values to unlock the ultimate levels of their Digimon, and then Yamato and Taichi in the original were the only ones to get some more development and also a prophecy to unlock the mega evolution stage towards the end of the original series. And those mega evolution stages are what originally combined into Omnimon. Or Omegamon.

We get close-ups of where its design is based on WarGreymon and MetalGarurumon, those two mega evolutions that it was originally combined out of, but we’ve seen WarGreymon for two seconds in the opening maybe, and have no clue what MetalGarurumon looks like, so that design choice is just… wasted.

Now since we’ve been with these characters for forty minutes maybe in case of Taichi, there has been little to no development. Especially no development of Taichi and Yamato as a team together. They’re barely even on speaking terms. When they combined Digimon as a movie climax, it was believable to an extent because we had already seen them have 54 episodes of development together and with their Digimon, and the stakes were unprecedentedly high. Baiting the shippers does not mean character development

The entire develop together to combine Digimon angle was a like the third best plot point 02 had to offer. 02 is still not invited to this party. Taichi and Yamato just met. They had a brief teamwork moment. Okay, two brief teamwork moments. And yes, the stakes are high and the emotional distress these kids have to be under, going from zero to preventing nuclear extermination in one afternoon is off the charts… So maybe this isn’t an unlock moment, but something they’ll have to work for the entire season to replicate. God, I hope so. There’s a shot of Taichi reaching towards Omnimon in the opening, too, so…

Divorcing digivolution from character development still feels wrong, though – but it also opens up the possibility of having less formulaic character arcs, I suppose. On the other hand, having it tied to character development at least assured that each kid would have more than one point of development, which is what made the original Adventure so great… Ah, well. To be fair, the digivolution seemed to be triggered less by anything Taichi and Yamato did, and more by their siblings catching a feather in the real world. So this probably counts as divine intervention? Azulongmon, is that you? Mind you, Hikari and Takeru got no lines this episode and like five shots between the two of them, but hey, I will take what I can get. I’ll keep my squeeing to myself

What Comes Next (Week)

Presumably, Omnimon is going to blast Not!Diaboromon into oblivion and avoid nuclear annihilation. Otherwise, this sure was a very short series. Images courtesy of Toei and Crunchyroll

In this article:digimon, digimon adventure 2020, Featured