And so it begins and ends. The Last Battle.

We meet two people, Puzzle the Donkey, and Shift his abusive ‘friend’.

They are muddling about when they see the shine of gold through a waterfall. Shift, being the lazy albeit it clever, ass he is, emotionally manipulates Puzzle into going into the waterfall to get the shiny thing.

Puzzle has a rough time treading through water. Encounters a whirlpool, is pulled under, fun times.

He finally gets it back to Shift. It turns out to be an old lion’s skin that some hunter threw into the river. Shift immediately sees the opportunity to run a confidence game using Narnia’s belief in Aslan, and now wants Puzzle to act as Aslan!

Shift forces Puzzle to wear the skin, saying how much the real Aslan will appreciate it. A loud thunderstroke lands near them, but Shift reassures Puzzle that its a sign that they should try to act this out for Aslan.

The story then shifts to the novel’s unrequited bromance of Jewel and King Tirian. They are both so as giddy as a schoolboy at Aslan being spotted.

Sadly Roonwit the Centaur shows up and damped everyone’s spirits with reality that it can’t be Aslan.

He goes off to get the Narnian army and Jewel and Tirian set out to investigate this Aslan everyone’s talking about.

They come just in time to see enslaved Narnians, Calormen, and the early effects of modernization.

In rage they kill two innocents? Calormen and run away. Entrapped in guilt, they take themselves to see the false Aslan in judgment.

However they instead are captured. Jewel is taken into a stable, the same stable Aslan is said to be in, and Tirian is tied up to a tree.

Tirian then appearers in front of a bunch of strangers, and then wakes up to find none other than Jill and Eustace.

They were riding a train…before seeing a bright flash and ending up in Narnia.

They quickly free Tirian and they escape to an outpost.

The trio prepares to rescue Jewel and set out disguised as Calormen, with armor and brown facing.

I’m perturbed by this too Percy.

With the stable in sight, they infiltrate and discover that Aslan is actually a donkey.

Everyone then escapes and they then come across a group of captive dwarfs, and free them.

Turns out they’re atheists now and live only for themselves. Dwarfs for dwarfs! 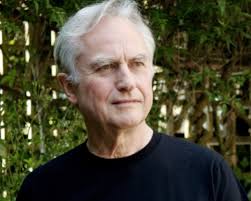 Dawkins would be proud.

So they’re no longer helpful and worse still, Farsight the eagle comes with bad news, The Narnian capital been taken by Calormen!

As such, the Narnian army won’t come. No Vale army for our team.

All our team can do now is try to take down the ape at Stablehill. They prepare for the battle. Knowing the terrible odds, how they won’t win against so many Calormen.

The team heads back to Stablehill to see the ape turn the animals love of Aslan into fear and distrust.

So the final battle begins. It isn’t glorious, it isn’t fun, it isn’t epic. It is tedious, sad, slow, and incredibly well written.

Tirian is forced into the stable. There he finds some peace amongst Peter, Edmund, Lucy, Digory, Polly, Eustace, Jill, everyone sans Susan.

The atheist dwarfs are in the stable too, and are completely and literally blind to the beautiful world they’re now in.

Aslan then shows up, and ends the world.

It’s really intense, and the process slowly dismantles everything of Narnia till there is nothing left but blackness.

Everyone wakes up in a new land. Here they meet old friends, feel no fear, and discover they all have lived in a world that’s only a shadow of something truer.

“I knew it”, is what Plato would’ve probably said. We can’t know since he’s dead, but I’m sure he would’ve.

They then meet their parents and even Aslan, who tells them they all died from a train crash.

He then reveals his true form to them, and the story continues in that world, far from where we are now.

Thoughts on it Now

Damn. Lewis actually did it. He completely destroyed a fantasy world he created. I mean, this is the only series I’ve ever read or even heard of where a writer has the gall to not only write a story about a world’s creation, but its complete destruction. I’m really impressed.

This is the best Narnia book. A compliant I’ve sometimes had is how Lewis has issues balancing his PoV characters. So I’m happily surprised that he is able to balance everyone out. Another plus is that we finally have a battle from a PoV of someone in the battle. These battles have the captivation of a car wreck. It’s brutal and depressing, but so well written you want to read it, regardless the terror going on.

Puzzle and Shift’s relationship is a scary, accurate depiction of abuse, so called ‘freindships’, and the people who get into these relationships. Shift abuses and manipulates Puzzle by making him feel inferior. He berates Puzzle for being so stupid, and places himself as a superior. This gives Puzzle a terrible inferiority complex. He so meek and unsure of himself, but also much wiser than Puzzle. He has the intelligence to recognize Shift’s plan to use the lion skin as evil. But because of his complex, he lets himself be shut up and used by Shift.

Shift’s plan however falls apart as he loses Puzzle. Further he’s gone all Cersei and starts drinking, dulling his senses. He ends up throw into the maw of Tash. For being so clever, the ape wasn’t very smart, he ends of being outsmarted by a Littlefinger the tabby cat (He also goes by Ginger) and the Calormen.

Oh the Calormen. The evil brown people of the story, well except for the one. Initially I really hated how these people were portrayed, but I have the nagging feeling that it isn’t as bad as it seams. In fact, parts of Calormen religion is even validated as a way to serve Aslan, instead of being inferior to Narnian beliefs. Instead of being just a Narnian god, he is god for everyone. Likewise Tash steals away both a Narnian and a Calormen, and fails at getting Tabby. This implication makes it so good Narnians and Calormen are reworlded regardless of race while bad Narnians and Calormen are punished. This makes Emeth an important and fleshed out character. The same applies to Rishda, who is complex in the evil way. He doesn’t even believe in either god, and is then ironically taken by Tash. Both of these characters have opposite arcs about beliefs.

The Calormen invasion of Narnia also serves as anti-colonialist narrative. As the Calormen civilize the country and force its natives to work for them. They take over the government and try to rule over its people without merit or agreement. It seams that destroying a culture is detrimental to those of that culture, regardless of it.

Could the Calormen have been handled better? Perhaps, but I can’t think of anything without messing with the rest of the story. Maybe I would cut out the bit about the brown-face, but even then, its use in the story doesn’t feel so much racist as practical disguising as an enemy.

The ending of the last battle is one the best endings to anything I’ve ever read. I cried thinking over the entire book series. I was happy to see everyone going through the true Narnia, without any fear, and sad that they weren’t dead. I wanted to be with them in this glorious place. It’s funny that a book that kills everyone is so hopeful. I never expected to be happy at my favorite characters being killed. But are they truly dead? The world is described as fresher than anything here on earth. Life after death is heavenly. I’m happy because death doesn’t stop Peter, Jill, or anyone else from living.

This of course ties into the most heavy theme of The Last Battle, religion. The series relationship with religion has been very subtle up to this point. The Last Battle is when things get much more explicit. Aslan is revealed to be god not only of Narnia, but of everything. It’s said in all but name. Other than Aslan, we have have Shift becoming a religious leader, who manipulates his fellow Narnians from fear of Aslan’s punishment. This forces the Narnian’s to become slaves in all but name to the Calormen and Shift. It’s like Animal Farm, for kids!

This narrative shows the organized religion created by Shift is detrimental to both the environment and the people. In name of Aslan, forests and cut and forest spirits murdered. People live in fear. And it provides a means for people like Tabby and Rishda. The name of Aslan itself is perverted in Tashlan, an admittedly nice sounding portmanteau. Organization and taming of something unorganized and untamable has disastrous effects that destroy the entire world.

This is one of the best books I’ve ever read, and of all of the novels, this is the one I’d suggest people listen to at least once. If anything, do it for Patrick Stewart. He was the best choice for the final novel. His Tash and panicked Tabby voice are moments I’ll treasure till my death. Thank Aslan he did this. There are frankly so many small things about this book I get into. This is ultimately the best Narnia. It’s the grimmest and bloodiest. Everyone dies, and some people are even cast into hell. But it’s also the happiest, and has one the sweetest, but not stupid or overbearing. It  felt so real.

In this article:Chronicles of Narnia, Reread, The Last Battle