*This post contains minor spoilers for Fuller House, though is more of a high-level review*

As you may or may not be aware, this past Friday marked the day that Fuller House, the relaunch of beloved 90s sitcom Full House, was dropped on Netflix. For reasons yet to be explained, I watched all thirteen episodes already. I can’t say I exactly had any expectations going into this show, because I spent barely any time thinking about it past my initial bemusement at its existence. However, this was a show that is exactly what anyone who spent three seconds thinking about it would expect.

What I mean by that is for all intents and purposes, Fuller House is the same damn show it was twenty years ago, it’s just that on occasion, a character will talk about Uber. Seriously, the same comedic timing, the same saccharine messaging…fuck, it’s filmed in front of live studio audience. However, because it’s painfully obvious that this show was produced in today’s time, instead of being able to watch and enjoy it “for what it is,” like one could with Full House reruns, you’re somehow made to feel embarrassed for it. The jokes and storytelling devices are just horribly dated, to the point where it becomes reasonable to wonder if the original writers fell into a coma once the show went off air, and woke up five minutes before writing this thing. Though luckily they were taught the word “fleek” first.

Yes, that’s a thing that happened.

However, Fuller House mimics its predecessor so thoroughly, and so…self-consciously, that it somehow transcends its hackneyed narrative and cringe-inducing dialogue. Its hamfisted attempts to tug on your nostalgic heartstrings bypasses aggravation and becomes a fascinating study. Did they feel that throwing in this random sixty second clip of the old show would be effective? Add to this the continual breaking of the fourth wall to reference Candace Cameron Bure’s job on The View, or to toss continual shade at Mary Kate & Ashley Olsen. Or the way Bob Saget’s face twitches ever so slightly when the studio audience laughs.

In fact, I would argue that Fuller House pushes beyond the platitudinous until it emerges, shockingly triumphant, as a successful piece of meta performance art.

This quite convenient for us, because it is simply not a good show. I felt outright embarrassed the few times it managed to produce a laugh in me. However, if we view it as an artform, we can then watch with an academic interest that is sure to save us from the shame cycle.

And where to even start. The entire pilot episode was one big “remember when,” lest you forgot the fact that Danny liked things clean, or that Jesse liked his hair, or that Becky is baby-obsessed, or that Steve used to eat a lot of food. It can almost be discounted as an episode entirely, except that it offers our familiar framework to set up the dynamics of the new generation. At the end of the episode, it will have been not subtly bashed into your head that DJ is the new Danny, Stephanie is the new Uncle Jesse, and Kimmy is the new Joey.

Oh wait, did you miss it? Hold on. This will help:

First they reminded us of what they were attempting to recreate

But it’s disturbing how closely this parallel plays out. Because it seriously was like a gender-bent reinterpretation of the original show. DJ struggles with moving on from a dead spouse and questions whether she is ready to date again. Kimmy derps around the most irritating side-plots and acts in a manner that borders on outright concerning for an adult (which is not made better by the fact that she has a daughter). Stephanie dates around and wants to pursue a singing career. Though that may also be Jodie Sweetin, as she literally bursts into song every episode, no matter how illogical, and didn’t, you know…move to LA with her uncle who actually is a successful singer.

The children are so formulaic they can almost be considered irrelevant. They are there as convenient props for the adults to act against in this gauche hallucination. DJ has 3 boys where her dad had 3 girls. Do you get it? Oh, and one kid has an asshole friend for an episode, and he tells DJ “he’s my Kimmy Gibbler.” Except we never see this friend again. And the friend seemed to be encouraging him to severely injure his brother. Kimmy, like, would take a Lunchables. Still, anything to hammer home the striking synchrony.

However, it’s not just the parallels between the old show and the new…it’s the way that Fuller House seems not only apologetic of everything Full House was, but of the fact that it exists in the first place.

The number of times the fourth wall is broken is downright unsettling, to the point where you begin to wonder if the actors and writers were resentful of this premise too. Are they trying to relive their glory days, or are they trying to tout their accomplishments since going off the air? Were they dragged unwillingly from otherwise happy lives and sharing those details are the only way to get through this with a scrap of dignity intact? 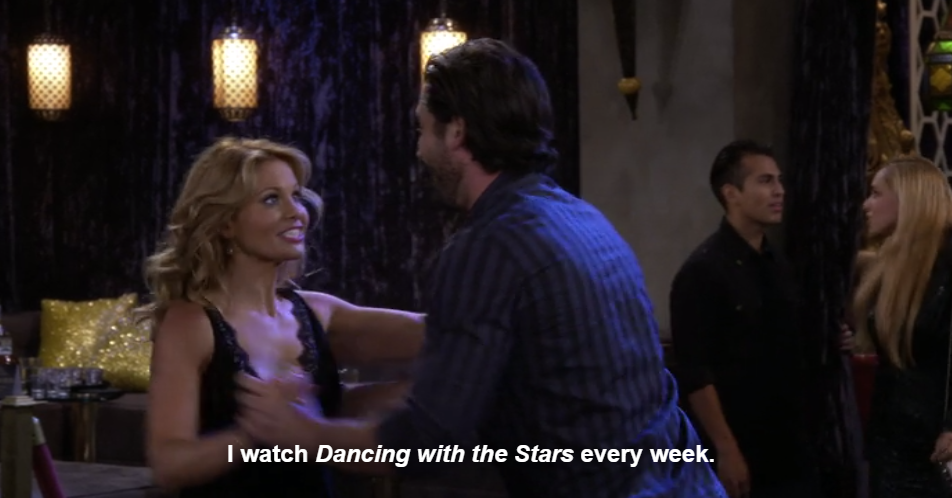 And what is with its tendency to offer meta critique on Full House, without actually changing anything that the critique would lend itself to? 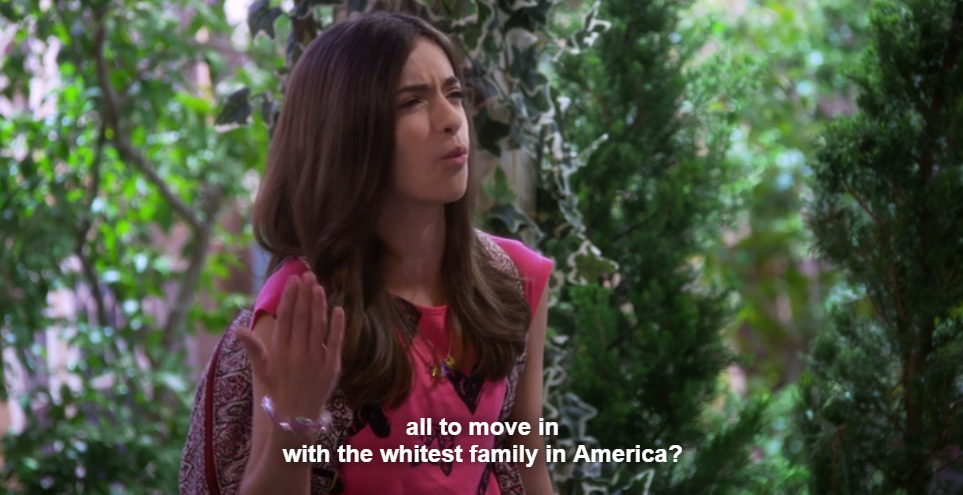 “The Fullers are like albino polar bears, drinking milk, in a snowstorm, watching Frozen.”

It’s about at the 10 episode mark where you’ll start to wonder if the actors are secretly trapped in some sort of dystopian hell where they are forced to reenact hits from the peak of their careers, which are only now twinged with sadness and regret. Where does Uncle Jesse’s curmudgeonly demeanor end and John Stamos’s mild irritation begin? You’ll want to reach out and help them.

Candace, it’s okay, you don’t need to pretend that your high school boyfriend never having moved on and demonstrating signs of stalking is romantic. We’re here for you!

This makes their passive aggressive comments about Mary Kate & Ashley all the worse, as it goes from being a slightly humorous jab to an indication of outright resentment. It’s not their fault that they were the only ones to go onto bigger and better things.

Even the studio audience becomes suspect itself; did they really find it funny that Stephanie spoke with a British accent for the first four minutes of the pilot? And I must say, my interest in watching these actors navigate this reminiscent hellscape only increased with each episode. Especially as their meta jokes became increasingly impenitent:

Then, somehow, for the last ten minutes of the final episode, they decided to begin spoofing another show (which, for the sake of spoilers, I’ll leave nameless for now. Let’s just say it was less successful than other parodies). Why this happened remains utterly inexplicable.

What’s the most disquieting, however, is that for these reasons, I have to recommend this show. Its meta critique reveals a self-loathing, yet it somehow pushes on, determined to recapture the very thing that makes it repugnant. It’s practically Sweeney Todd-esque. I need you to experience this with me.

That being said, it does seem unfair to give the show’s narrative in and of itself a lack of examination (or even a pass… Like I said: it’s bad) simply because there’s a manic energy woven into its fabric that is horrifically compelling. However, I can’t help but assume most people will not be binge-watching this show. For that reason, I plan to save my Fuller review (oh look, I made a pun), or more accurately, my Watsonian review, for a couple of weeks from now.

But until then, I must urge you to witness a truly masterful piece of performance art: Fuller House, the Demon Reboot of Netflix.

Their needs were few on Fuller House

A can of Pine-Sol and a dead spouse.

A patterned couch, a laughter track,

A Comet, a Gibbler, and no one who’s black.

The demon reboot of Netflix