Gilmore Girls: A Year in the Life dropped last Friday. And even though with the turkey devouring and kill thy neighbor over cheap electronics holidays going on, at least you Americans should have had ample opportunity to binge watch everything, I’m just going to go ahead and give a brief and spoiler-free review.

It is an experience. That is the best way to describe it. I’ve heard it described as six hours of earned fanservice, but I disagree. To me fanservice means something that is only there to please fans, and a rather hefty portion of this wasn’t actually pleasant. I’ll go into more detail on this in my upcoming in-depth, all spoilers analysis.

So. Throughout four seasonally-themed episodes, we follow two and a half storylines. As the promotional material hinted at, Rory has no real career or stability in her life, and lives essentially at other people’s places while flitting from one work opportunity to another, and trying to figure out her personal life. It’s messy. Like, really messy. Like, “single, but dating around” was a flat-out lie and since that’s being revealed in the first ten minutes or so, I feel comfortable mentioning it.

And no, we do not get to see Tom Connolly in a leather jacket, sadly.

Rory’s story arc remains the weakest link. There are elements to it that are quite good and could have worked, but for the most part, she just feels entirely removed from the rest of the narrative. That is partially due to the nature of her living situation, of course, but also because her story arc is the least thematically cohesive. Hell, the conclusion to it had me wondering how this could be connected not only to these four episodes, but the entire show, in general.

This is the face of dramatic satisfaction.

Lorelai’s arc is the complete opposite of that.

Her big theme is basically everyone around her moving on with their lives, and the fear of being left behind. She and Luke are happy, yes. And Luke in this is just wonderful, really. And they’re wonderful together… Mostly. Of course, being a TV couple, there is drama, but it feels a lot more organic than it used to in, say season six. After almost a decade together, it feels a bit weird that some of these concerns are only addressed now, especially since they already played a part in season six, but it fits. You can see why the characters feel the way they do, so even when we’re retreading already firmly trodden ground, it feels… Right.

In fact, you could go so far as to say that Lorelai’s story arc here is basically season 6 fix-it fanfiction. How we should have done things way back then. How maybe an ASP-headed season 7 would have done things. This is the part of the show that feels the most like fanservice, too. Lauren Graham delivers some of her best work, as does Scott Patterson, and I bawled my eyes out. The ending to their arc is practically perfect and made watching all of this worth-while – some hiccups notwithstanding. But those are for the detailed review. 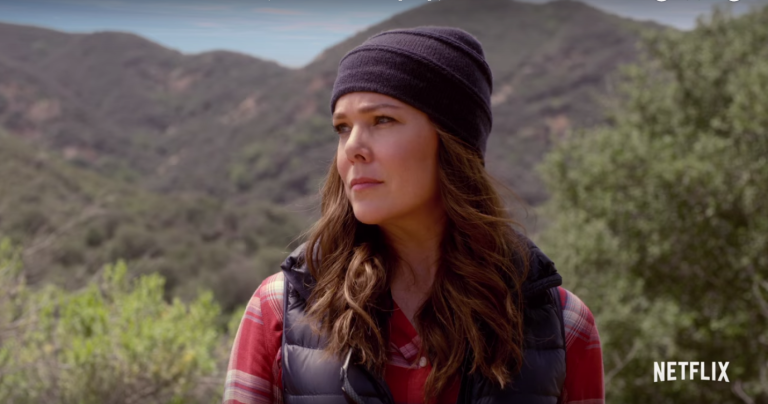 Emily’s story is largely accessorial to Lorelai’s – they sort of go to therapy together to work out their relationship, which has been recently more strained due to, ah, a not quite believable but largely significant incident at Richard’s funeral.

Grief over Richard’s death is a theme throughout the entire run time; it fuels everything Emily does, and you can see the influence it has on Lorelai. Rory gets a touch of it in the end, and a very significant moment in her storyline happens while visiting Richard’s grave, but… Well, there’s a reason her arc feels thematically disconnected from everything.

It’s a bit of a stretch, but all three Gilmore Girls build a somewhat cohesive thematic unit. Rory’s theme, if you stretch it, is about finding her place in life, settle down in one way or another, arrive somewhere. Lorelai’s theme is fear of being stuck, even though you’re stuck in something pretty great, and how to deal with the fact that just because you don’t need to change, it doesn’t mean that everybody else has to remain where they are with you. And Emily’s arc is about figuring out that you can’t stay where you are, moving on, and finding a new place for yourself.

Honestly, Emily’s story arc is weird and out there, but in a very charming and heartwarming way that just makes you happy. It’s possibly the weirdest thing to happen in this series, really, and that’s saying something.

The maid that made it. I’m just as bewildered as Emily here.

Of course, there is still plenty of weird to be found all over the place. The town of Stars Hollow got Kirk and Lulu a piglet, so they’d stop thinking about having kids. There is a musical about the history of Stars Hollow. Taylor campaigns for a sewer system. There’s a weirdly Halloween themed quasi horror sequence – though it might very well scare you for different reasons than it scared me.

Some of these things, especially the musical, drag. A lot. And for way too long. There’s also the bit from the trailer, where Rory and Lorelai employ two young boys to carry their stuff, which is mildly uncomfortable. Rory instructed hers to call her Khaleesi. Which is funny, in a way, because the nicest thing I can say about any of this is that Alexis Bledel is a better actor than Emilia Clarke. And if you’ve been around here for any amount of time, you know that this is a textbook example of damning someone with faint praise.

We also check in on basically all of the characters ever, if only for a few minutes. No, really, they bring back Miss Celine. Emily’s fashion advisor. We see glimpses of both Paris’s and Lane’s lives, and well, I guess the best you can say about them is that they made the best out of the cards they were dealt by season seven. Which could also very well be damning someone with faint praise, but I’m actually serious about this.

Sure, Paris is more a caricature of her former self, and Lane still lives in Stars Hollow, is with Zack and twins, and not exactly paying her bills with music, but, you know. They seem happy enough. 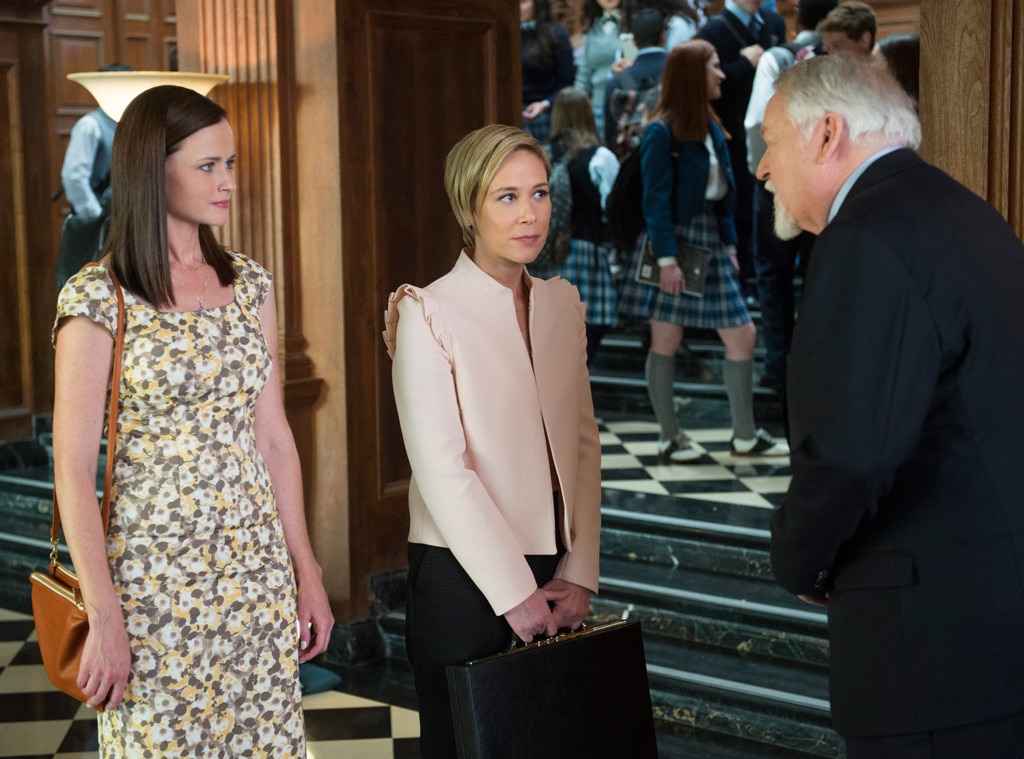 This entire sequence was strange and unnecessary, though.

This is so weird. I’d give this all a raving review and actual legitimate praise, but the bad stuff is really, really bad. And in a completely unique way I couldn’t possibly have foreseen. And yet I’d still recommend watching this for all the good parts, too. It’s a weird blend of seasons 4 and 6 of the original series, really. I want to say this is a better ending than season 7. It is definitely a more solid product as a whole than season 7 was; a more enjoyable ride. Just… Holy shit will there be some bullshit to unpack about that ending.

By all means, go forth and watch this. It is six hours well-spent, better television than most things, and at the very least, almost never boring, and not even close to as resentful as the last seasons felt. I might even be looking forward to the resulting ship war discourse – and boy is that a sentence I never thought I’d write.

Edit: Then I went out and actually perused the discourse, and I take it all back. Keep that away from me. I’m keeping it in the article to illustrate just how out of sorts the end left me.