Many Once Upon a Time (OUAT) followers are reeling over the new plot developments revealed at the end of Season 5, including Henry and Violet’s discovery of the Once Upon a Time books in the New York Library!

Among the stories Henry flipped through were Gulliver’s Travels, Twenty Thousand Leagues Under the Sea, Don Quixote, The Water-Babies, and Paul Bunyan—many literary works from the 1700-1800’s, which is exciting for literary fans like me. Henry’s scene was the perfect bread crumb to help viewers guess which world Zelena, Hook, Snow, and Charming stumbled into. 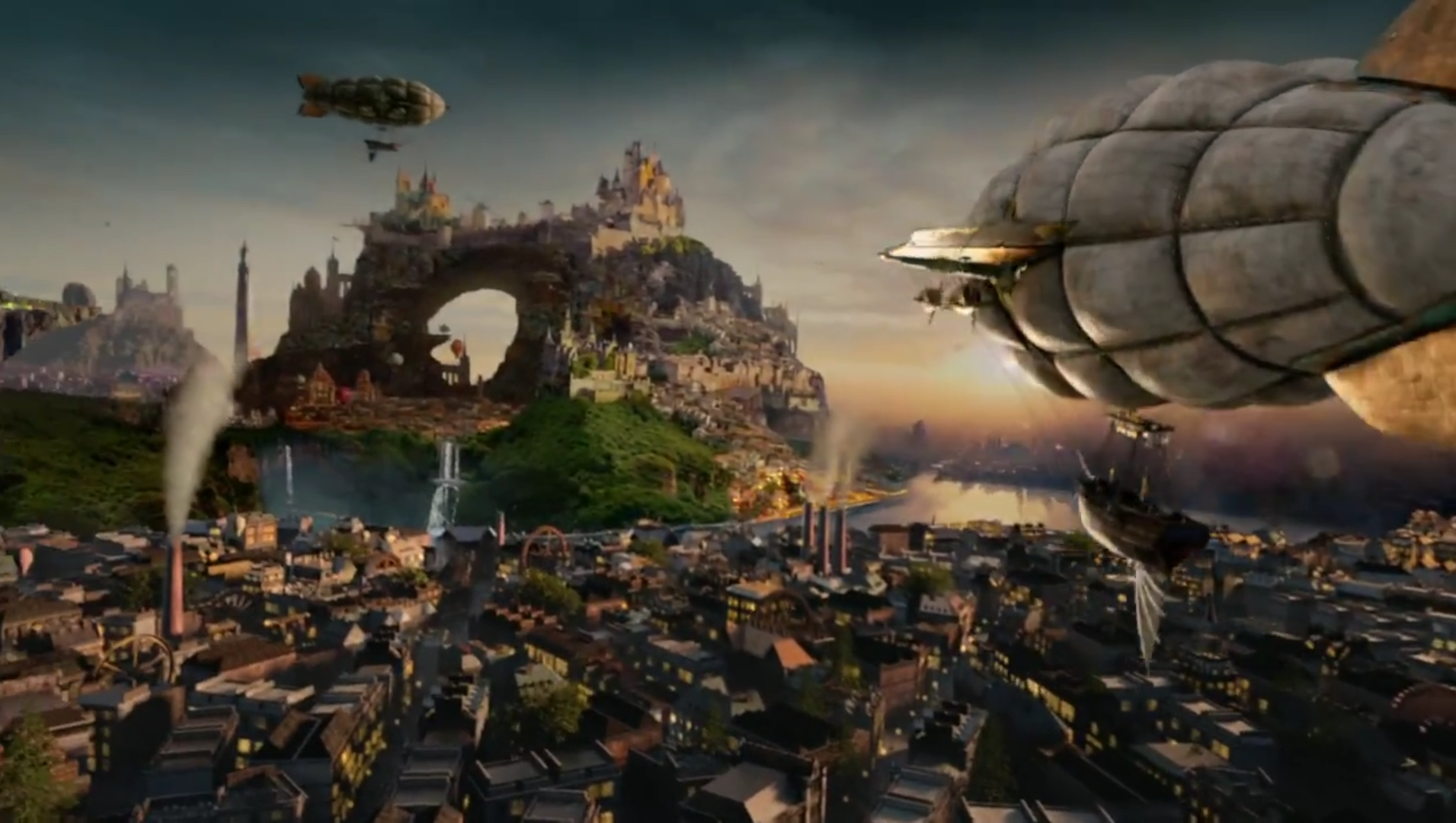 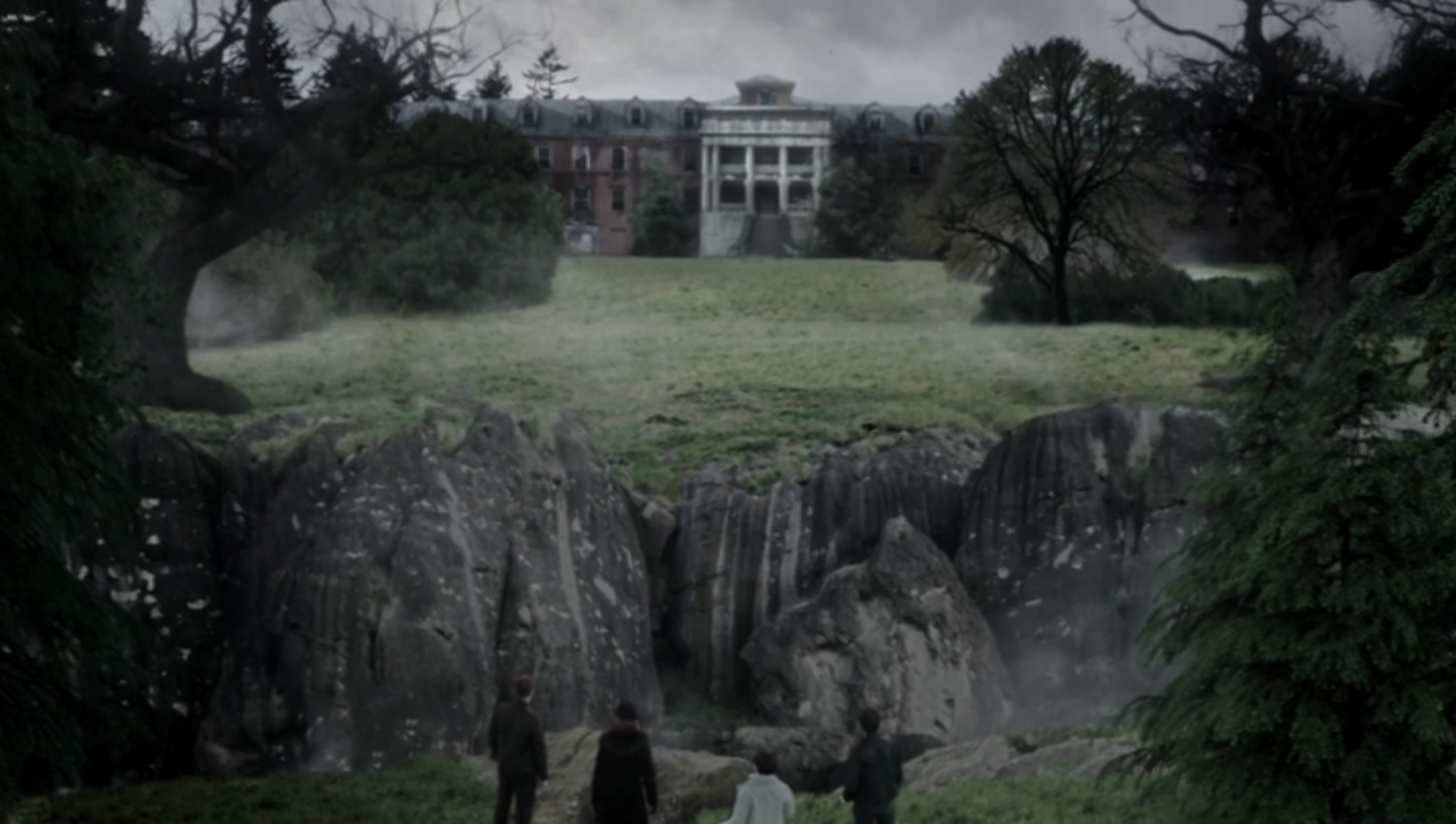 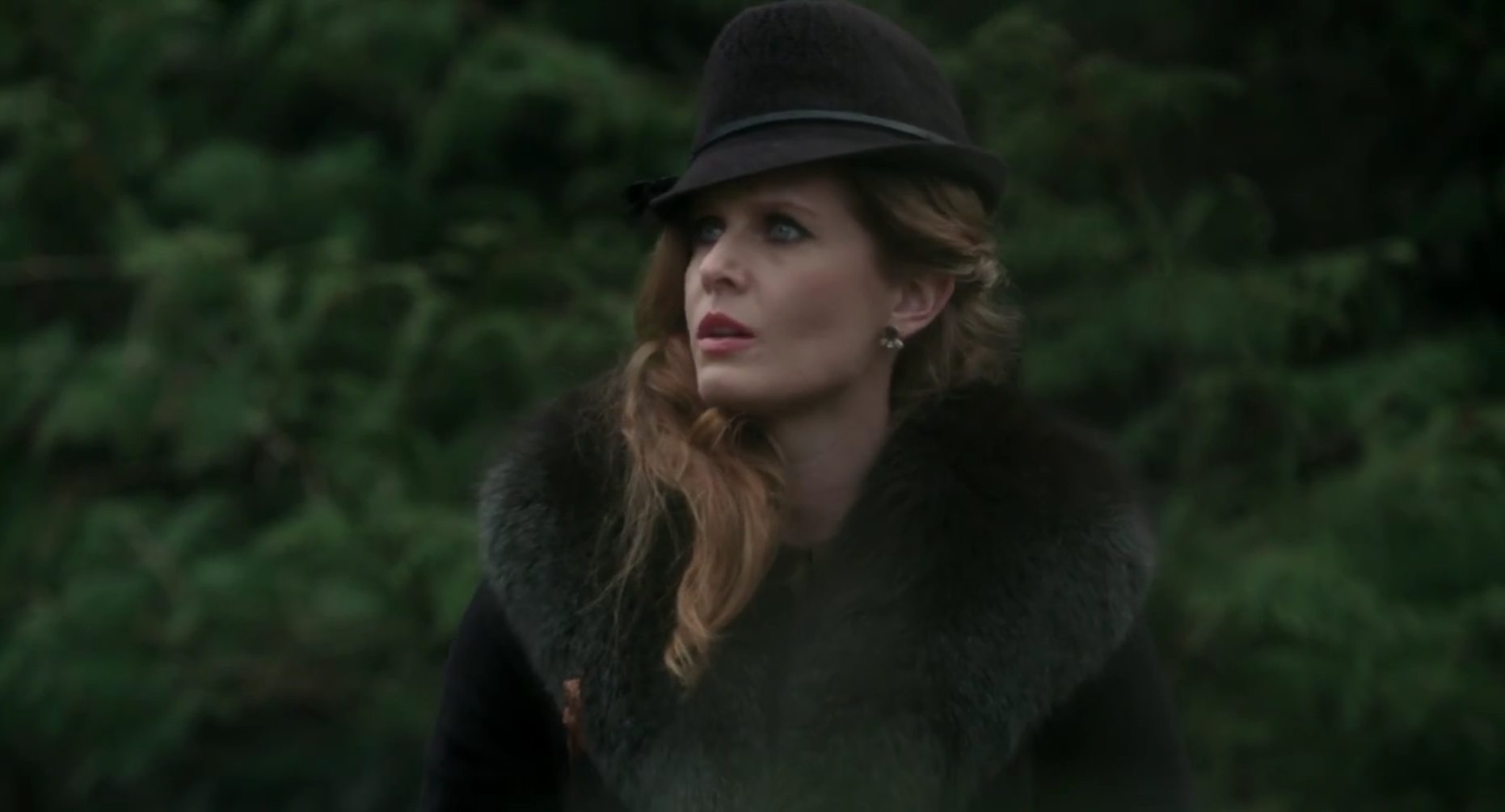 The Strange Case of Dr. Jekyll and Mr. Hyde carries a lot of themes that have already appeared in the OUAT series. The power of friendship, the question of appearance, and the miracles of science are only a few of the themes Storybrooke citizens are familiar with. The major themes Only You seems to perpetuate and establish are the battle between good and evil and the results of repression. Mid-way through Only You, Regina has a conversation with Emma about the daily struggle of choosing good over evil. With this conversation, it seems that the new upcoming season might explore what it means to constantly be at odds with one’s self, and perhaps also explore what happens when those forbidden instincts and desires are internalized and unexpressed for too long.

Emma: “No, I know that I can’t, so I won’t. I’m sorry about earlier. I was so wrapped up worrying about how you’d react to Hook, I… I wasn’t there for you and Robin.”

Regina: “You want to know why I got so angry? Because you’re right. The Evil Queen…is, inside me always trying to get out. i can’t expect you to get it.”

Emma: “Well, I fought the darkness. You know I do understand.”

Regina: “All due respect, but you don’t. You went up to the precipice. But you got pulled back before it consumed you. I, was, consumed. And I have to live with it everyday.”

Emma: “I can’t imagine how that feels.”

Regina: “It’s exhausting, I’m constantly at war with my instincts. Like with Hook. My first impulse… was to rip his throat out because it’s not fair that he survives and Robin doesn’t. But I didn’t. Because now I know that’s wrong. Much as I want to give in to evil, I don’t. So, I do good… and hate every moment of it.”

Regina: “Yes. It’s complicated. I know it’s right, but it always leads to loss for me.Yet I keep doing it now, and I keep suffering. But I know the Evil Queen can’t return, so… that’s how it has to be. I’ll never be at peace with myself.

Emma: “That’s not true. You fell in love with Robin, and you were happy.”

Regina: “Yeah, and look what happened. I am what I am. I did what I did. Many years ago, I had a choice. Snow White told a secret.And I could have chosen to forgive her. Instead, I did terrible things. Unspeakable things. That will always hang over me. I’ve tried to be the hero.”

Regina: “What if it doesn’t matter? There’s no redemption for me. There’s only suffering. Because now I have a curse. The curse of knowing the difference between good and evil. And I’m caught between them. If I revert, I loose everyone I love. Henry… my friends… everyone. And if I go forward, trying to be good I have to live with my past darkness and all its well deserved consequences.”

Emma: “I don’t believe that. I believe in you.”

Regina: “That’s because you are good. But for me, it’s a simple choice, really. I’d rather suffer than see that pain on the people I care about. This is my fate. I’m trapped.”

Regina admits that she is on the line between good and evil. This is her fate. She’s trapped.

Much like the struggle between Dr. Jekyll and Mr. Hyde in Robert Louis Stevenson’s novella. (For those of you who are not familiar with The Strange Case of Dr. Jekyll and Mr. Hyde, check out this link.) This struggle between Dr. Jekyll and Mr. Hyde is often questioned when discussing Stevenson’s work because readers believe the struggling personas represent the struggle between good and evil. Is it possible to completely separate good from evil? Or is good and evil a delicate balance that will forever exist? Going back to OUAT’s binary mentality for a second (since Heroes vs. Villains was a big theme for a while)… Heroes are known to receive rewards whereas villains are denied happy endings. Could this mean, since Regina was once a villain, her fate is to always have happiness out of reach? Regina makes many valid points. Is she truly cursed with this internal struggle? 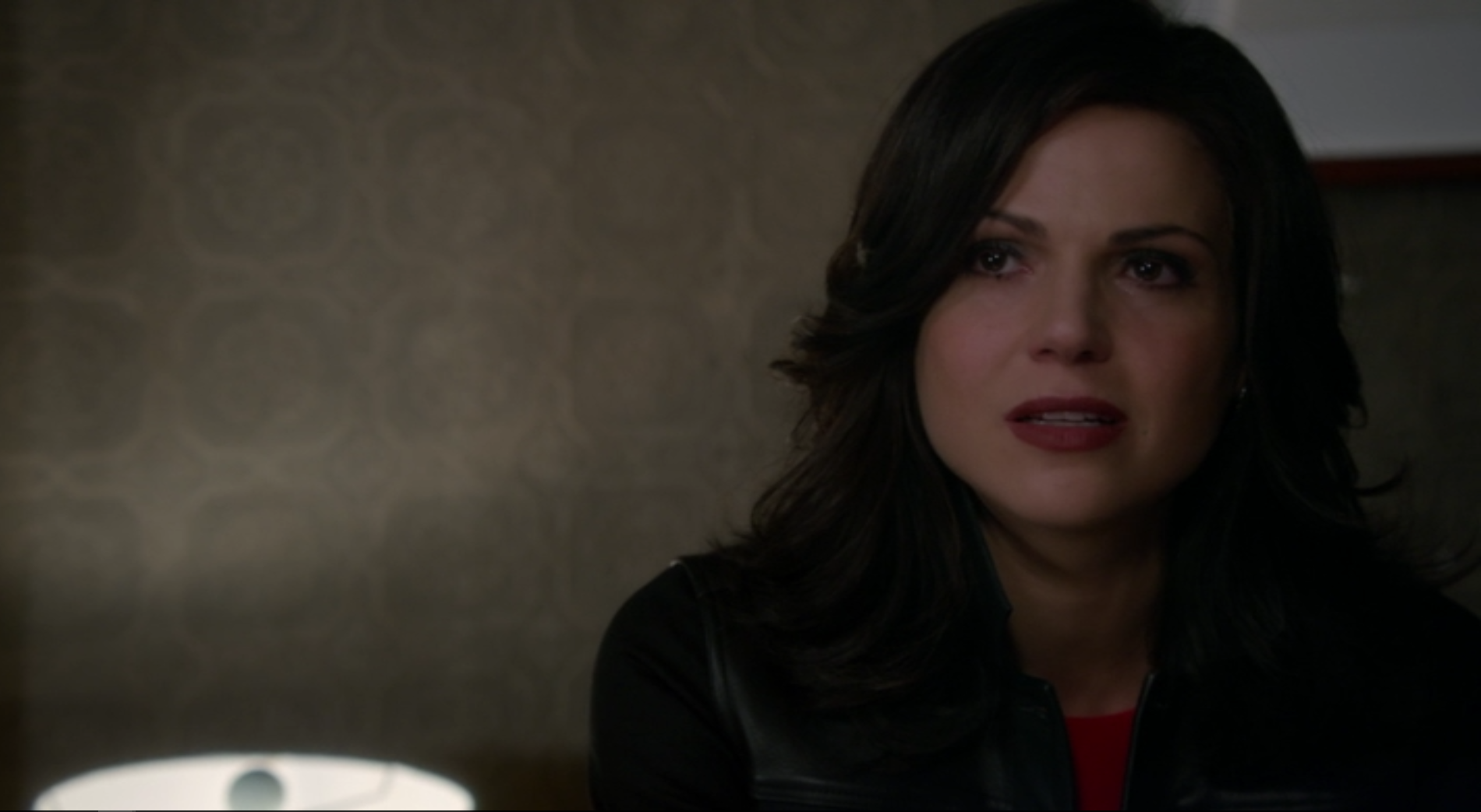 Henry seems to believe magic is the root of all evil. Magic has constantly been the cause of his family’s un-happiness and discontent. He tells his mothers that magic is always the reason why their happiness is destroyed, and magic is also why they all worry about Regina reverting back to the Evil Queen. Henry has a point there. Magic does cause tension between the Storybrooke citizens when they’re worried about someone good turning to darkness (a.k.a. becoming evil) due to some traumatic event.

Most fairy tales seem to agree that magic always comes at a cost. It’s often used to “fix” things. What is seen as a solution could also be seen as a way to cheat reality. Henry’s quest seems to evoke a similar question to the balance between good and evil: Is there a balance between magic and reality? Can magic safely be destroyed? 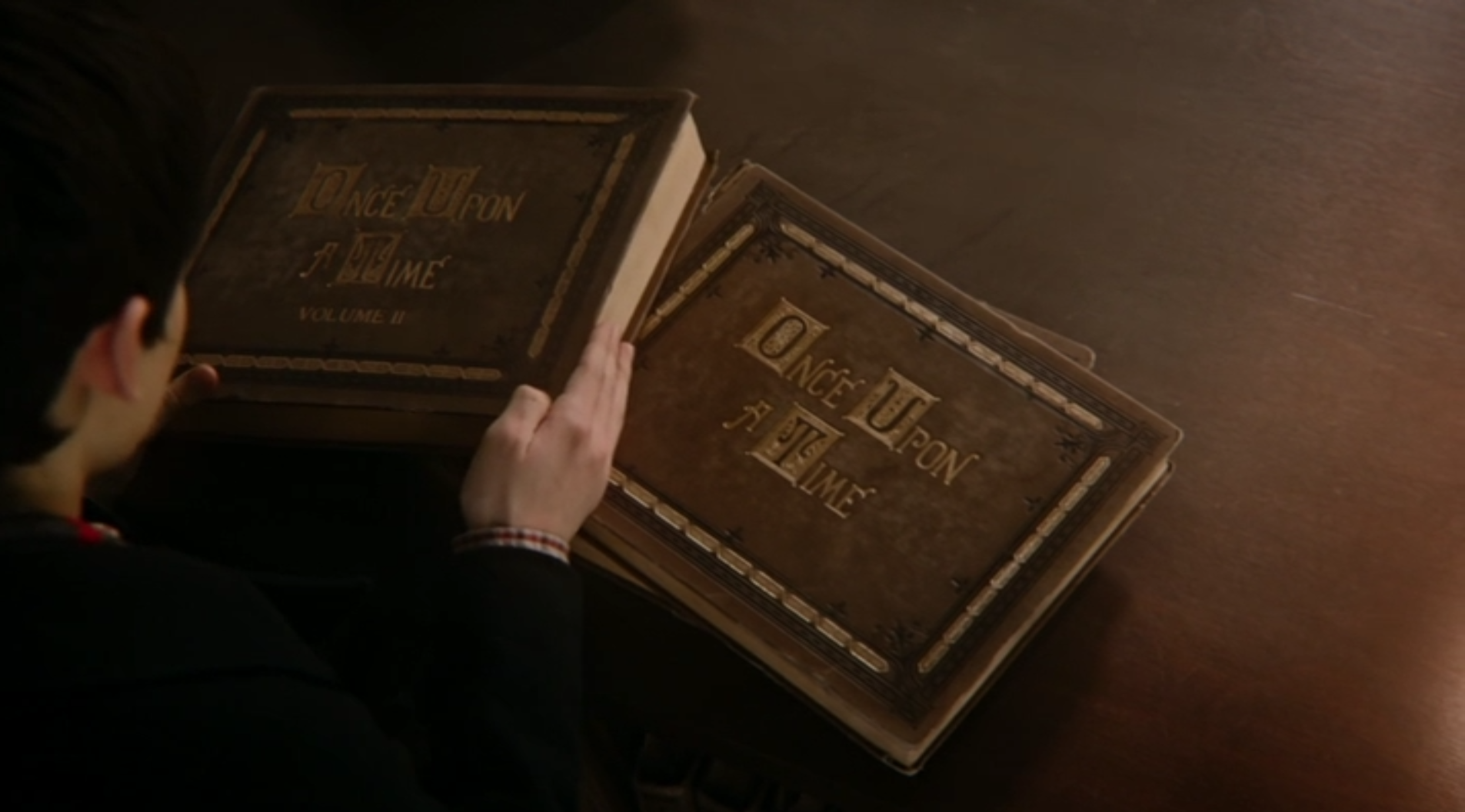 Speaking of parallels, there also seems to be a parallel between Gold’s plans and Mr. Hyde’s plans. They both require extra power in order for their plans to succeed. Gold took the power of the Olympian crystal to attempt to save Belle without true love. In turn, Mr. Hyde stole the box containing Belle when he attempted to acquire more power for his plans. It seems that everyone is in a bind, and only if good triumphs, there can be a happy ending for the majority.

In this article:characters, Jekyll and Hyde, Once Upon a Time, OUAT