Once Upon a Time blurs the lines between the fantastical world and ours, but it seems like a true villain is back on the scene—Hades. Gone are the sympathetic villains like Zelena “The Wicked Witch of the West,” Killian “Captain Hook,” Regina “The Evil Queen,” Cora “The Queen of Hearts,” and Rumple “The Dark One.” Taking center stage is Hades, ruler of the Underworld. He is the classic villain archetype: bad-to-the-bone, evil-with-no-regrets, and master-manipulator.

Claiming that Hades is the ultimate Once Upon a Time villain might be reaching, but Hades has proven his maleficence time and time again since his first appearance in Souls of the Departed. So what exactly makes him the ultimate villain at this point in season five?

You’re probably thinking, well duh, but simple logic can hold a lot of stock. When I say that Hades is evil, I mean that an antagonist is always a reflection of the protagonist. Using that logic, if the Storybrooke gang is made up of “good” heroes, then Hades must be the “evil” anti-hero.

In Souls of the Departed, Mary Margret, David, and Regina came to the conclusion that they can help many of the souls in the Underworld version of Storybrooke move on. Partially because the three have a hand in plenty of the unfinished business of many of the souls, but also because it’s the right thing to do. Deciding to only save Hook in the Underworld would be selfish. Helping others along the way is a common trait of heroes.

Consequently, Hades’ wishes are to keep all the souls where they’re at—in limbo, his domain. Cruella reveals to Regina in Devil’s Due that souls in the Underworld have two means of leaving: resolve their issues and move on to a better place or do something horrible to condemn them to a worst place. Hades explains to Hook in Souls of the Departed that every tick of the clock signifies a soul leaving his domain. For some unspecified reason, Hades does not want any of the souls to leave his domain. Instead he instills fear, hopelessness, doubt, and confusion into souls so that they may continue to remain twisted and troubled.

Hades talking down to a bruised and bloodied Killian

And he doesn’t fight fair. Hades is the Greek god of the Underworld. The ruler of the dead. His stands in a position of great power. Although, Hades believes that using his power to push people around isn’t as rewarding as getting people to make those choices themselves. That is why we see him manipulate characters to do his bidding or choose a specific path.

We first see his tactics with Cora. He promises to let Cora leave the Underworld if she can convince Regina to return to the land of the living. Hades wants Regina to return to the mainland because 1) she has been a huge help in populating the Underworld, and 2) Hades knows that Regina could potentially help all those souls move on. Cora attempts to do Hade’s bidding, but fails. That is why Hades refuses to “help her.” Instead, he punishes her by turning her into the person she was born to be, a miller’s daughter, and she is forced to continuously push around a wheel-barrel of flour.

Hades appearing to Emma, Mary Margret, and Hercules in the tunnels was also a calculated move. He knew showing up with Killian’s bloody hook would urge the heroes to take faster action and instill more fear in Hercules’s heart. Hercules eventually overcomes his fear, and with some help, defeats Cerberus. Emma, however, is frantic to do something to save Killian quickly.

Hades further demonstrates his manipulative abilities when he announces to Gold that he now owns the contract laying claim to Rumple’s second child. It almost seems like Hades is one step ahead of the Storybrooke gang. He knows each of them well enough to set appropriate obstacles in the way of their happiness. For Gold, he “did a little digging” and discovered the contract which now puts Gold in Hade’s debt. Hade’s charade with dangling Hook above the River of Lost Souls was a way to distract Emma while he challenges Gold to do his bidding. Hades convinces Gold to sabotage Emma and Killian’s escape route and “deal with” Mila, which all leads to the Gold’s downfall.

Hades holding the contract that hands over Gold’s second child.

Note: Hades could have set many of these events in motion himself, but he finds joy in watching other people destroy themselves with these choices. This leads into the next point.

Hades is an intelligent god who knows when to do his homework and when put on an act. He knows how to play off fear, appeal to the lust for power, and create a false sense of control. Hades recognized Hercules’s fear of Cerberus in Labor of Love and tried to capitalize on those negative emotions. He did capitalized on Gold’s lust for power—namely the power to leave the Underworld. In The Brothers Jones, Hades rips his story from the Once Upon a Time book by using Killian’s brother, Liam. Thus the heroes are unable to read of Hades’ weakness which could be the key in defeating him. For the entire Storybrooke gang, Hades has woven a sense of control. The heroes believed they had a chance to find Hook and take him back to the land of the living, but Hades is proving himself a formidable foe. No one leaves his kingdom without his permission or blessing. 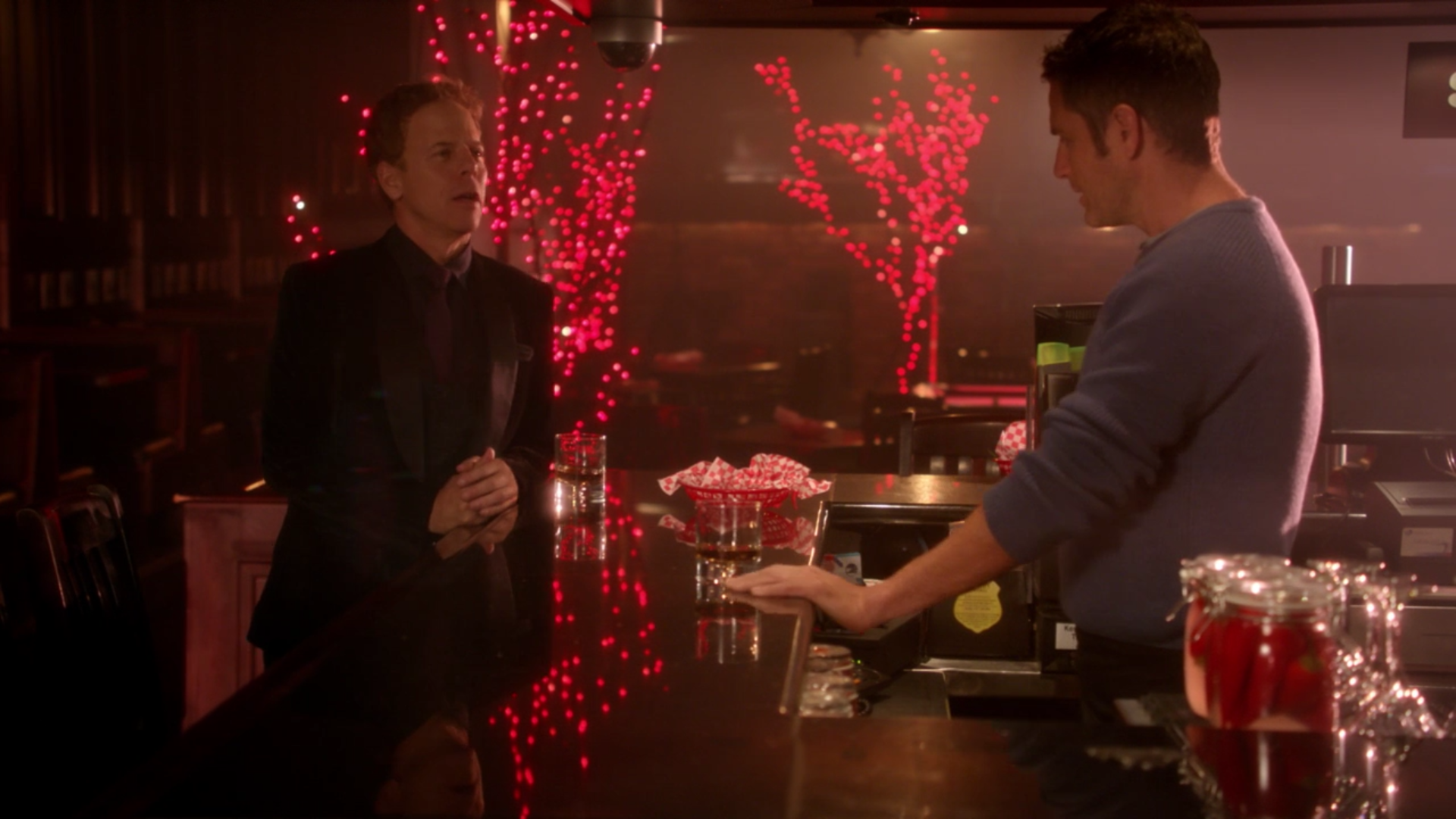 4. Hades is a serious threat.

When Hades makes a promise, he follows through. This is made clear at the end of Devil’s Due. Hades told Killian that for every soul the heroes saved, one of them must remain. He gave Hook the opportunity to choose which of his friends gets to remain in the Underworld. Killian refused to choose, so Hades picked out the names for him.

The Storybrooke gang stares at the gravestones of Emma, Mary Margaret, and Regina.

5. Hades has no sympathy from viewers.

Some people like to argue that a villain is simply a victim whose backstory hasn’t been told yet. Of course, that’s not true of all villains. Yet, the Once Upon a Time series does try to reveal a softer side of each of their villains. Even in many of the minor villains. Hades is a Greek god, so perhaps there is no backstory to tell. Although, Hades does tell Zelena in Our Decay that he could be saved from his circumstances with a kiss from his true love. Are we to believe Hade’s affection for Zelena is real? Scenes from Her Handsome Hero suggest that Hades does feel for Zelena. Hades claims that his attempt to steal Zelena’s baby was an act of goodwill; however, his reasoning seems contradictory to his current plans (to build a time travel spell, which may require a newborn). 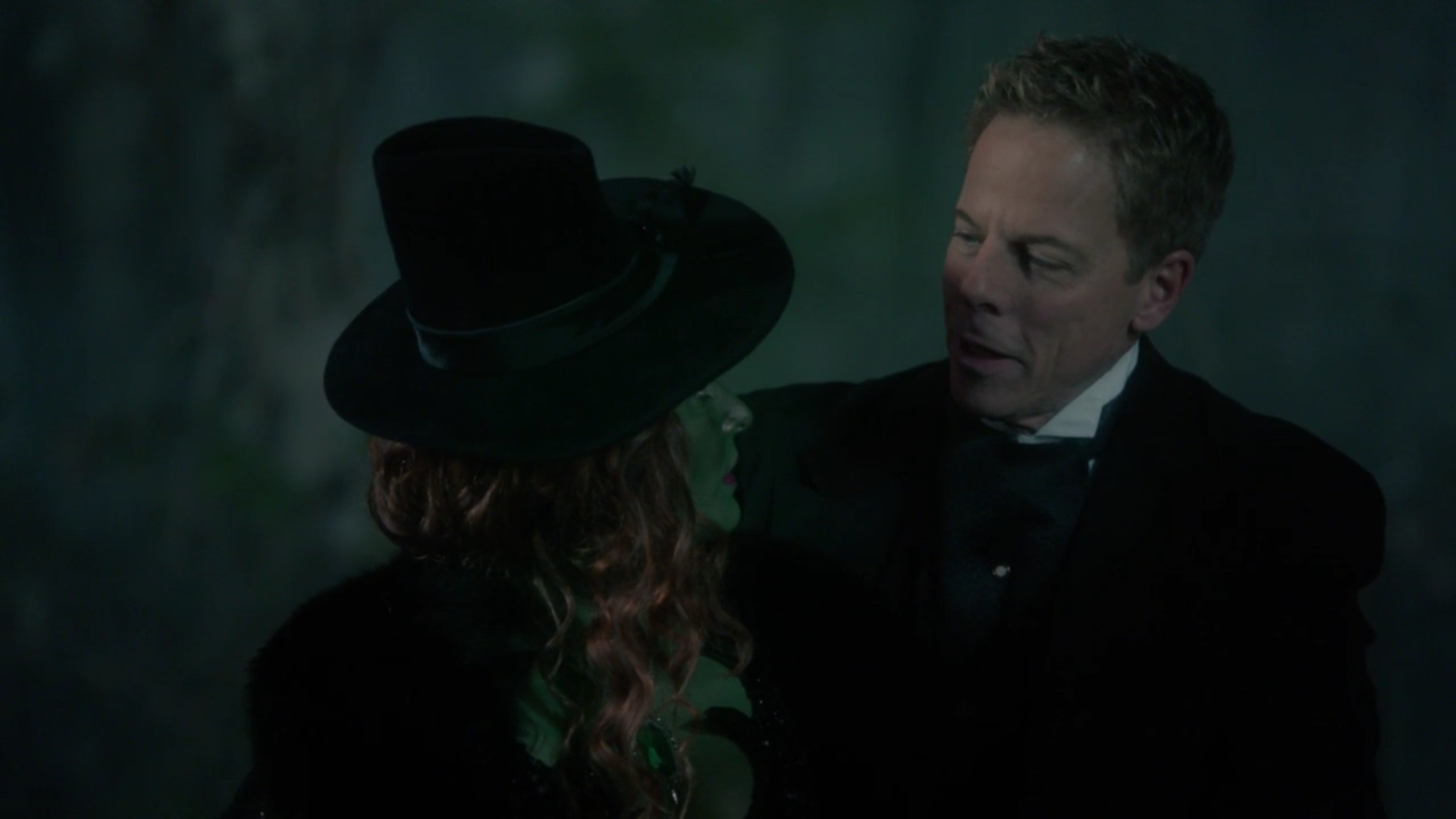 As of right now, not fully understanding Hades’ journey to villainy prevents viewers from sympathizing with the god. There is no humanity displayed by Hades or complex situations to prompt viewers to question his morality. Hades seems to revel in bad choices, and even his love for Zelena seems wicked (he says he loves her for her evilness). Once Upon a Time villains are usually given an opportunity to admit their faults and try to make amends, but I don’t see Hades having a change of heart anytime soon. Hades is villainous because he chooses to behave that way, and there’s no stopping him.

In this article:character analysis, Hades, Once Upon a Time, OUAT, villains