Ah Prince Caspian. I remember nearly nothing about this book. So I had nearly no feelings about it before listening. Now having relistened to the audiobook, I have a much stronger opinion. But before I talk about that, Gif Cap!

It has been a year since the Pevensie siblings found themselves in the magical fantasy world of Narnia. Now they are going to school, and have to wait at the train stations for their rides.

Suddenly everyone feels weird, and they vanish onto a strange island.

Guess where it is.

They meander about until they find a really old orchard. Old memories of their times of Kings and Queens of Narnia come rushing back to them.

Suddenly they realize they’ve found their old castle of Cair Paravel, and that they’re back in Narnia. They sleep for the night then raid their old treasury.

Later they’re thinking of how to get out of the island. While just figuring out how they’ll cross the river they see a boat. Susan then shoots at them, and a few of the men jump out. The Pevensies then get the boat and meet a dwarf prisoner.

The dwarf tells them about King Caspian. Caspian grew up learning about Narnia from his nanny.

However, when his evil uncle Miraz found out, he was all like.

And sends her away. Then Caspian gets a cool new teacher called Cornelius.

After some prying from Caspian, Cornelius reveals himself to be part Dwarf, of old Narnia, and that all the stories were true.

Caspian continues to learn about old Narnia and of the tales of Peter, Susan, Edmund, and Lucy. Until one Miraz gains a son.

Caspian is now in trouble, being the son of the last king, Miraz’s brother, Caspian IX. So he flees with Susan’s magic horn with the help of Cornelius.

He runs through the forest until getting knocked out by a tree.

He’s then found by two dwarfs and a badger. They deliberate whether to kill him or not. But then decide that they need a dude to be king, and he’s a dude, so they’ll go with one. Although one of the Dwarfs, Nikabrik, hates the whole idea of Caspian, but agrees to it anyway. Caspian is then pinballed around

meets a bunch of old Narnian’s, meets up with Cornelius again, and all is fine and dandy until Miraz finds out that old Narnia is again resurfacing. And now he’s on the attack!

Caspian and crew meets up at Aslan’s How and after much deliberation, decide to blow Susan’s horn.

This turns out to been what brought the Pevensies to Narnia. It’s then revealed that the Dwarf telling this story was Trumpkin, the second dwarf Caspian met. The Pevensie’s and Trumpkin then get off the island and pinball themselves around Narnia trying to reconcile the geography of their Narnia with this new Narnia. Lucy sees Aslan. But only she can see him.

When she says she does, Edmund is the only one that believes her. But everyone else doesn’t. And they meander about until realizing Lucy was right,

and go to where she saw Aslan. Aslan appears again, and again only Lucy can see him. However this time she makes sure everyone follows him and they eventually come to see him. Even Trumpkin, who is tossed about by Aslan.

and find and eavesdrop on Caspian.

Nikabrik has been very impatient, and now wants to resurrect the White Witch. (Ironically enough right where Aslan was resurrected.)

Caspian and the Pevensies are having none of that, and the lights go out as a fight breaks out.

Nikabrik and the evil people get killed, and Caspian greats the Pevensies.

They hang out for a little bit, and then make a plan. Peter decides to challenge Miraz to a duel, even though he has the advantage. He then has Edmund and some other dudes deliver the challenge.

Miraz accepts only after he is manipulated by his advisors/lords. Then he shows and up and they fight.

Miraz pretty much die, and one of his advisors from earlier even stabs him. So he’s definitely dead.

His advisors then use his fall and death as a chance for a high stakes battle.

Then Aslan shows up and takes Susan and Lucy on a road trip throughout Narnia.

They helps a schoolgirl, a teacher, and then Caspian’s old nanny.

The Telmarines are then defeated and given a choice. Stay in Narnia or go see Aslan for further details. Several Telmarines show up and Aslan reveals the truth to them!

It turns out that the Telmarines were originally pirates from our world that found a magic portal to the land of Telmar. They then invaded Narnia and have been living in the country ever since. Now Aslan offers them the ability to go home to the island through another magic portal.

The Pevensie children also go through the portal and return to earth and the train station, having helped Caspian become king. The end!

My Thoughts After the Reread

Before everything I have to say Lynn Redgrave is an amazing storyteller. Her voice was a saving grace in this story and I wouldn’t have minded if she had narrated the entire series.

I remember my brother saying this: “Oh yeah, that’s the book where everything comes together.” He was right, at least for the first part of the book. The first part is excellent. The siblings’ return to Narnia is wonderful as they look around the old decayed castle of Cair Paravel. It was pretty intense to hear about how Caspian grew up and took on the mantel of Narnian King, despite not being Narnian. I was so excited to see how Caspian’s dealing identifies would play out, how the siblings would be affected by visiting a kingdom they used to know.

Then the second part of the story happened. 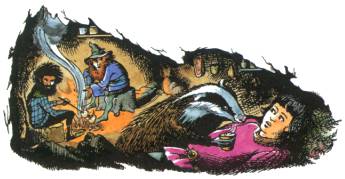 This is mirrored by other Telmarines in the latter half of the book. Like the school girl and later the school teacher. They fit in more with the Narnians than the Telmarines. Despite their ethnicity, they fit into Narnian values, even more than some Narnians.

Nikabrik is someone who gives balance. He is so prejudiced and hateful against Cornelius and Caspian that he can’t look past what they came from instead of what they are. He’s would’ve murdered Caspian had not Trufflehunter and Trumpkin stopped him. His hate for the Telmarines are so intense that he can’t see the good in Caspian or Cornelius, or likewise, the evil in the hag and the werewolf. His prejudice has consumed him to the point where he can’t focus on anything else.

It could be so easy to have all the Narnians be amazing examples of goodness. Make this battle a classic us vs. them. But it’s more complicated. Telmarines and Narnians ability to be good or evil isn’t dependent on their nationality, but on who they are.

This theme of identity and nationality is frankly the best part of the book. Unfortunately a good chunk of the book is spent on the adventures of the Pevensie children, and inevitably they make the story about theme.

Caspian is an awesome protagonist. He’s so good that the Pevensie children are bland by comparison. Even worse they sideline Caspain in his own story. 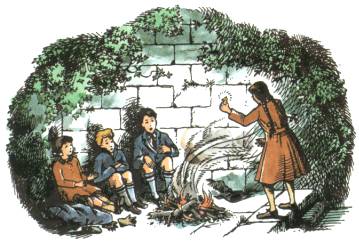 I didn’t really like the Pevensie children in the last book because they all had barely any development, and I couldn’t quite pin down whose story it was. Prince Caspain was almost the same, except we also have Caspian, giving us a grand total of five protagonists to follow about. It’s a mess.

Once again Lucy and Edmund are the most interesting Pevensie children. It sadly not saying much. Lucy’s arc ends up being a rehash of her arc from The Lion, The Witch, and The Wardrobe. Even Peter notes this.

It’s a bit repetitive. At least though we get got some closure for Edmund’s arc from the last book. At least this time he puts his complete faith in her. So I’ll stand by me saying that Lucy and Edmund are the most interesting Pevensie siblings.

Peter and Susan meanwhile have barely anything. Peter has the same personality in this book. He’s supportive, dependable, and lacks any internal struggle. He hasn’t grown much.

Susan got the short end of the stick in The Lion, The Witch, and The Wardrobe. I barely even remember she was in the book. At least here she’s mentioned enough that I remember she exists. And she kind of has an arc of believing in Narnia, but it’s barely even there.

The Pevensies are summoned by the Susan’s horn to help Narnia in its greatest need. And what amazing things do they do? Peter fights the evil uncle, but it’s not like he was the only one who could’ve. Further, he’s only able to fight Miraz in the first place because he’s an idiot. There’s no reason it couldn’t have been Caspian or even Cornelius who came up with the idea. Lucy helps a bit with her cordial. But again it’s not really Lucy but her cordial that does anything. Edmund helps deliver the challenge, and Susan, exists?

What I’m trying to get at is that the Pevensies are ultimately unnecessary. Prince Caspian would’ve been a much better book if it focused on the title character, Caspian. But by bringing the Pevensies into the fold, instead we lose focus on characters who don’t add much and distract the story from its main character. I want to like the Pevensies, but they’re so boring in comparison to Caspian’s story.

I hate to say it, but I think Prince Caspian may be worse than The Lion, the Witch, and the Wardrobe. If only because the book started out so well, but, barring a few scenes in the end, lost track of its main characters. It’s easier to accept something as wholly bad. But if it has some goods parts I’m only disappointed the rest of the book wasn’t like the good parts.

Also one minor thing. Why is he called “Prince” Caspian? He is for the majority of the book referred to as King Caspian, because he’s the King of Narnia as chosen by Narnians. Is it because his uncle Miraz was still king? But then he was the king of the Telmarines.

In this article:Chronicles of Narnia, Prince Caspian, Reread