Here on The Fandomentals, we try to provide commentary not only about popular pieces of media, but also on fandom tendencies, as participating in fandoms is at times, a most mysterious endeavor. After thinking about the concept of shipping wars, I got to thinking about another particular habit of Highly Effective Fangirls (trademark pending). Those who are familiar with the concept of “stanning” for a character, or when the celebration goes too far, may see the fandom trope “Draco in Leather Pants” in action.

This is when members of a fandom take a character who is, by all accounts, not very nice (and normally an antagonist), and downplays their flaws, painting them as a victim and/or object of desire. Draco Malfoy is a lil’ shit, but stick him in some hot pants and suddenly he’s adorbs. We tend to see this manifest in fanfic and fanart. Not that I don’t love fanart of Draco making cupcakes with Hermione, just to be clear.

And of course, given how art and fics are the lifeblood of fandoms once a piece of media concludes, we definitely see the leather pants handprint (butt-print?) in fandom conversations.

Now, this is something that I kind of *knew* happened, but until I began actively participating in the Legend of Korra (LoK) during its final two seasons, I never really saw. But boy was my first experience with it surprising: the character ‘Kuvira’, a dictator who in the Book 4 opener was already strong-arming regional leaders to cave into her demands and putting others in life-threatening situations unless they pledged loyalty to her.

As I got further into this fandom, I soon discovered that another character from LoK’s predecessor, Avatar: The Last Airbender (AtLA) was also frequently leather pantsed. And this was none-other than Azula, Zuko’s sister who served, in my opinion, as the primary antagonist for the series versus her father, who had more of an Emperor Palpatine presence. 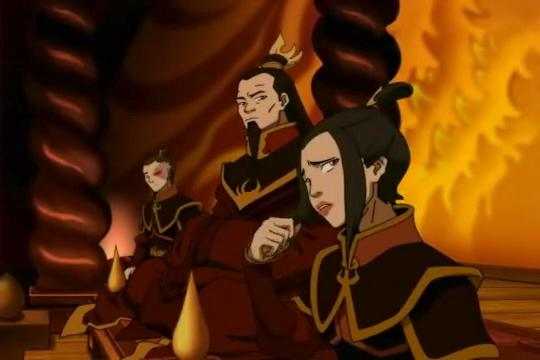 Honestly who are you more scared of?

Now, the point of this article is not at all to shame anybody for stanning either of these characters, nor for rationalizing away some of their more unsavory behavior. There was actually a time where Azula was dangerously close to becoming leather pantsed in my analyses when I was attempting to figure out why she was also the target of incredibly misogynistic attack posts on the other side, until I received a moving, thoughtful piece that helped re-center my lens. I do know all about that razor’s edge between understanding motivations and excusing actions better than I like to admit.

So no, instead what I’d like to do is describe Azula and Kuvira’s attributes and let you decide who wore their leather pants better? 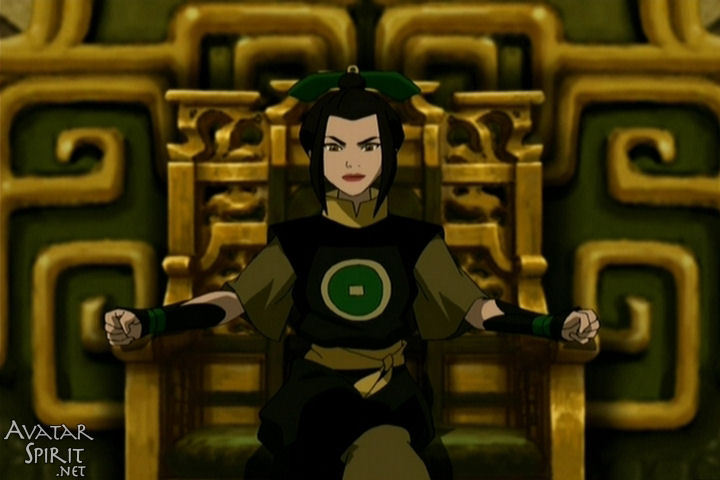 Azula is a challenging antagonist because there is…justification for why she acts as she does. Is “justification” the right word?

Like her brother Zuko, she was raised in an abusive household. Sadly, though perhaps painfully realistically, she was turned into a secondary abuser at the hands of her father. However, there’s a true tragedy to her character as well. We are shown her inability to socialize with others her age, and it’s something that seems to upset her on some level, or at least enough for her to ask Ty Lee’s advice on how to flirt. This is directly connected to her guiding mantra that “fear is safer than love,” which is simply horrifying when you consider that this is a fourteen year-old who internalized it so heavily that she is ready to violently fight one of her best friends if they don’t behave how she demands.

By all accounts, Azula is a child-soldier, groomed and hardened in a chilling way. Then she begins to “slip” during the last season; we see her becoming increasingly paranoid after Mai’s betrayal, and she also exhibits certain signs of psychosis (like imagining her mother appearing in her mirror). I’m not a fan of diagnosing fictional characters, but it is made abundantly clear that she is not well. When Zuko and Azula finally face each other in the finale, there’s no “take-down” in the traditional sense. The mood instead is very “how did it come to this?”

So, given that tragedy, the leather pantsing is quite understandable. And yet…we have to get to her actions.

Officially, Azula was tasked with the job of locating her brother and bringing him back to the Fire Nation (as a prisoner). Here’s what she did: 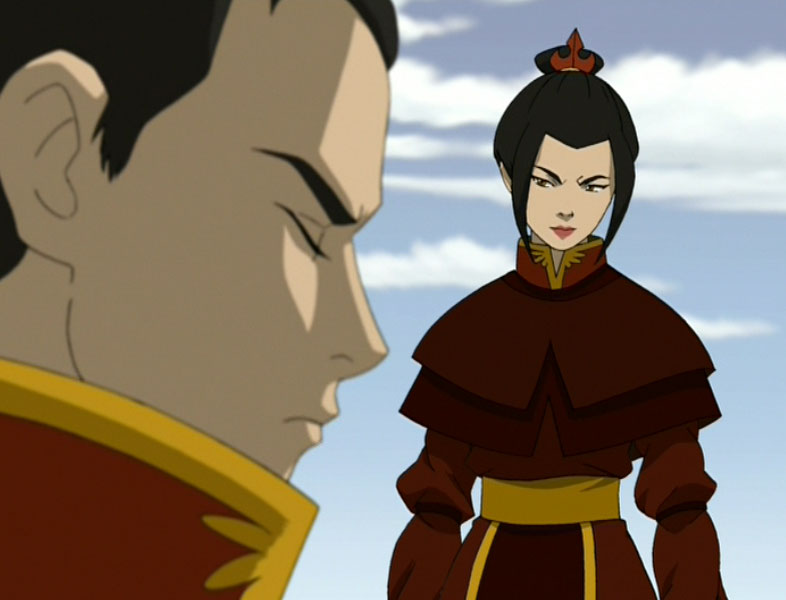 But don’t worry, we have another grand contender in the form of Kuvira. 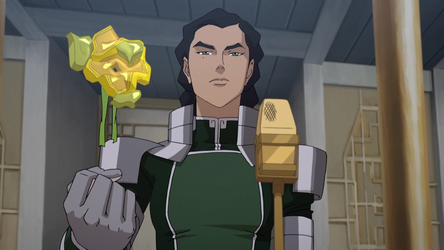 I called Azula a “challenging” antagonist, but that’s not to say that Kuvira is a literary breeze. She’s actually a great character, designed to be an almost perfect foil for Korra. And while her background is not quite as tragic as the princess’s, it’s not to say it was all smooth sailing for Kuvira either.

She was an orphan, “taken in” by Suyin Beifong, at least in a mentor/mentee capacity. This is complicated, because while Suyin claims that Kuvira was “like a daughter” to her, she also talks about “nourishing her talents” and seeing her “rise through the ranks,” which is not the most maternal thing in the world, to say the least. Also Suyin’s not the most objective person in the world. I guess what I’m trying to say is that Kuvira’s orphan-status was something that stayed with her, to the point where Korra cited it as one of the guiding reasons for her behavior, though to be perfectly honest, this always made more sense to me for Korra’s character than for Kuvira’s, since Book 4 spent the entire time developing the relationship between Kuvira and Suyin and framing that as Kuvira’s motivation for her actions in Zaofu.

Where Azula was a soldier for the Fire Nation who was trying to take over the entire world because they believed themselves superior, Kuvira was a military figure in the Earth Kingdom during a time when it was descending into political chaos as the result of the Earth Queen’s assassination. She was tasked with uniting and bringing stability to the Earth Kingdom once again, which had fallen into a more tribal (or state-focused) mentality to deal with the mass amounts of bandits. I’m not saying her means get a free pass, but having a safe and politically unified Earth Kingdom is a better end than scorching an enemy’s nation to the ground to win a war of conquest, no? 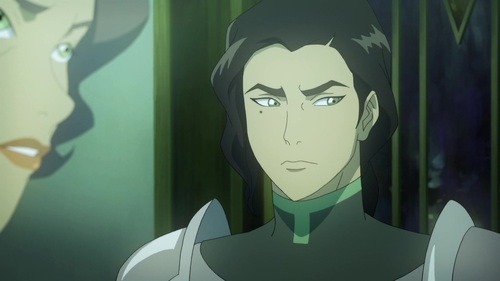 She at least thinks so.

So there you have it! Two perfect cinnamon rolls. Who do you think is more worthy of those leather pants?

In this article:antagonist, avatar, avatar the last airbender, azula, kuvira, leather pants, Legend of Korra, the legend of korra