Coming off of last week’s major setback as the Legion of Doom got their hands on the Spear of Destiny after Mick betrayed the Legends, reality has been rewritten in a dark, grim place where the villains have succeeded and all they wanted came true.

We pick up in Star City, 2017 with Sara and Amaya chasing after a masked superhero in purple. It doesn’t take long before the vigilante in question gets overpowered and revealed to be Felicity Smoak—she calls Sara and Amaya the “Bimbo Brigade” which is like awful in every conceivable way. She is taken to the mayor, Damien Darhk, who revels in his personal mask collection of killed heroes/antiheroes/villains: we see the likes of Green Arrow, The Flash, Wildog, Spartan, Prometheus, Vigilante, and Black Canary. Damien orders Sara to kill Felicity and so she does as she snaps her neck. So far, Doomworld looks as grimdark as one could expect. 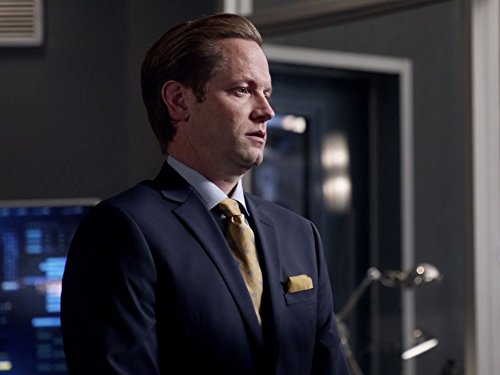 Now on Central City, we see Eobard Thawne, a science genius who is very well accomplished. Malcolm Merlyn, who has his family and his hand back, joins him for a meeting and it is revealed that the Black Flash, the threat to Eobard’s existence is imprisoned. It’s also worth pointing out that, in Malcolm’s “wish”, Nyssa Al Ghul is living a miserable closeted life in Ohio which just adds salt to the wound (like, seriously, was this even remotely necessary? Malcolm is already a mustache-twirling villain. So petty, jfc).

Nonetheless, the Legion seems to be bickering with each other: Malcolm is not a fan of Eobard having destroyed the Kalabros (the book that contained the enchantment to make the Spear work) despite keeping the Spear for himself. We learn that Jax Jackson is under Eobard’s paycheck as some sort of manager in charge of making sure one of Thawne’s ideas gets finished soon. Also, Malcolm is not a fan of Damien’s and Eobard’s decision to keep the Legends around to play with, being of the opinion that their presence is a mistake and that they should have been wiped out.

Meanwhile, Leonard Snart and Mick Rory are living their thief lives again, but without many thrills as the police doesn’t really chase after them: something to do with them owning half the city of something (not an in depth explanation given, but basically they can do whatever they want). Mick is already feeling low with this idea because it doesn’t feel real.

We also catch up with Rip who is aboard the Waverider, having Gideon as company, with his memories intact, but powerless as the ship’s engine is not quite working. Also, he spends time drinking rum and baking surprisingly complex multiple-tier cakes. At STAR Labs, Jax is shown at his managerial position being the abusive boss to Dr. Martin Stein, who isn’t quite allowed to leave the premises and see his family—basically, Eobard’s slave. Plus, Ray Palmer is the janitor. 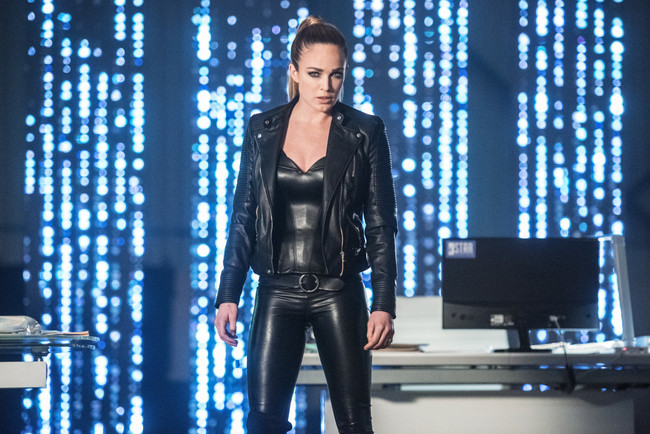 Eobard’s meeting with Malcolm (plus Snart and Mick, who had been summoned) is cut short by Nate who arrives while chased by security guards. This scene is meant to mirror his introduction to the Oliver Queen in 2.01, but given the Green Arrow is dead in this timeline, he decides to come for help to the person who seems the most in charge here: Eobard Thawne. Nate goes on about how there seems to exist “scars” in the reality indicating that something is wrong. Promptly, Eobard tells Snart and Mick to kill Nate.

Leonard and Mick take Nate out to a dark site to be killed, but Mick knocks his partner out as he acknowledges he made a mistake joining the Legion. They leave to go after Ray who is playing a Dominator game. Ray reveals that has built a sort of gun with stolen equipment from STAR Labs that came to him on instinct and serves as a handy “ctrl+z”, being able to give back one’s memories or so he assumes. They use the gun on Nate and it works—it works so well that he even punches Mick. Then it’s Ray’s turn and, as running gags often go, another punch on Mick!

Snart reveals to the gang that he has put a tracker on Mick. Damien, who has joined his team, sends out Sara and Amaya to get him back. As they arrive at Ray’s place, the Legends start fighting among themselves. They are able to use the Ctrl Z gun on Sara who remembers everything and also punches Mick. However, as Amaya had escaped, Sara proposes that she goes back to the Legion undercover so she can get Amaya. However, her plan backfires when Damien Darhk tests her loyalty by taunting her with Laurel’s death and she gives in. Thankfully, the backfire is only a sidestep; she is also able to shoot Amaya with the gun and the duo is able to not only escape the Legion, but also get Jax.

The Legends regroup at Nate’s mom’s house (he pays rent, so it’s *basically* his basement). Jax tells them that Martin is building a sort of reactor that can get hotter than the sun (hmm… sure, okay, let’s all roll with the concept). They speculate on how this could be used and the best answer is that Eobard is going to use it to destroy the spear so that it can’t be used to rewrite reality again. The explanation that comes with why the reactor’s high temperature could destroy the spear is not very convincing, especially given the Spear itself said that only the blood of JC could undo it, but, once again, let’s roll with the concept.

Amaya talks to Sara about their argument last week and they come to a nice and clean understanding. Sara, actually, even proposes that, if they get their hands on the Spear again, Amaya should be the one to use it as she claimed to be able to control it. The Legends, thanks to Nate’s historian side which wasn’t changed in this new reality, yay, are able to get their hands on the enchantment that can activate the Spear. 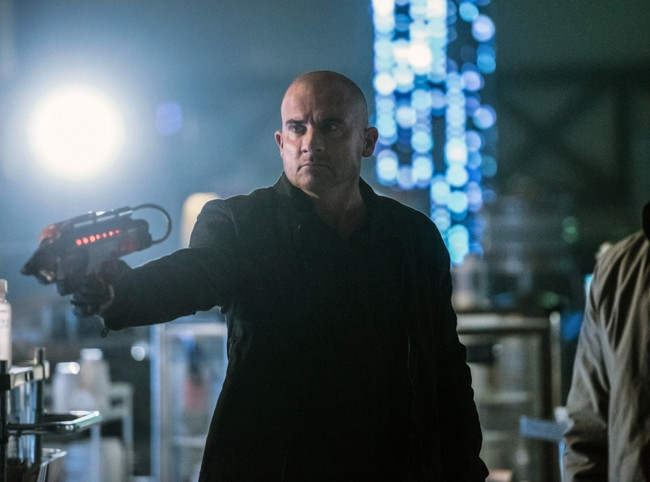 They make up a plan that consists in Jax using the Ctrl Z gun on Martin so they can destroy the reactor before Eobard can destroy the Spear and that includes the fact that neither Jax, Nate, Amaya, and Ray have their powers. However, before they leave, the team decides that would be better to leave Mick behind as they can’t quite trust him again. So, naturally, Mick goes back to Snart and the Legion sans Eobard. Mick tells everyone about Thawne’s plan to destroy the Spear and possibly erase them from the reality, so they also decide to attack the speedster.

Jax goes back to STAR Labs, but Martin defends himself and destroys the Ctrl Z gun before it could be used on him. The reactor has already been turned on and Martin presses a sound alarm getting Thawne there quick. He decides to destroy the Spear and cement that reality leaving the Legends to their worse-than-death reality. He is stopped by the other Legioners—Snart, to be exact—and all hell breaks loose with everyone fighting for the Spear. Shoutout to Damien specifically proposing to turn Nate into a jockstrap.

Mick ends up picking up the spear in the end and he gives it to Amaya instead of Snart. As she starts to use it, Snart shoots his gun at her, both freezing her whole and then pulverizing her into pieces.

At the very least, I have a 99% hope that she will come back.

Mick points his gun at Snart, but then just leaves the scene, leaving the Legends in a state of shock. By now, Eobard wakes up and throws the Spear in the reactor, destroying it. With the Spear and all hope gone, the Legends and Legion plan on fighting, but Eobard gives one of his best bad-guy monologues yet, setting in the grimdark on their bones as they will be free to go and live their lives knowing that things are completely ruined.

As they come together to lick their wounds, the Legends find themselves thinking of going back to 1916 to stop the Legion from ever getting their hands on the Spear, but this would be a direct crime against time and they are not supposed to interfere with event that had already tampered with. It is about now that they realize that, if the Waverider exists in this reality, it is with Rip so now we discover that he was working with Gideon on getting the power solved so they could send out an emergency signal to the team. However, as the camera pans back, we find out that the Waverider has been reduced to a LEGO-like toy, placed inside Eobard’s room at STAR Labs.

So, what an episode! I am extremely fond of “what if” timelines, so seeing a reality that was limited and based on the bad guys winning became amazing. It’s also marvelous how, despite the villains being in a position of control and one of the team seemingly passing away, Legends of Tomorrow didn’t fall victim of the kind of grimdark that renders us hopeless—not us and not the characters who, in spite of countless victories by the Legion, even going as far as destroying the spear, their spirit is still not destroyed. They will go back to World War I even it leads to the possibility of time folding upon itself (that’s how Tolkien will be back) and they will find a way to succeed.

That’s what we are in for when Legends comes back next week for its season finale after giving us an amazing season. 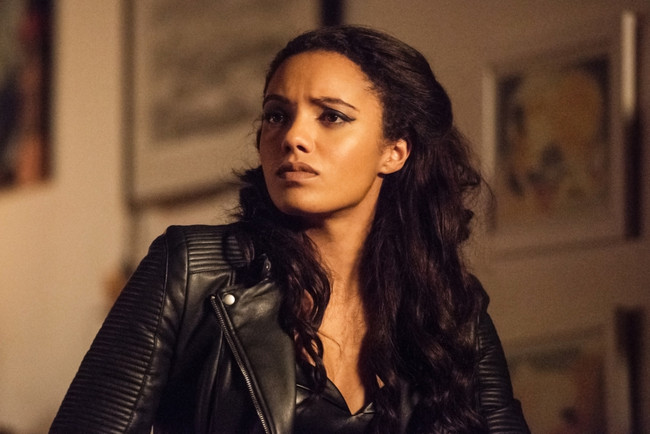