With three episodes left, now is a good time to begin tracing Once Upon a Time’s (OUAT) narrative arcs and predicting the season finale.

Warning: Spoilers. Do not read if you have not watched Firebird or any other episode leading up this past Sunday May 1st.

The Fight for True Love

The love between Killian Jones (Captain Hook) and Emma Swan has continues to be the main focus of this season. Many fans—myself included—have questioned their relationship. Is what they have really true love? Emma turning into the Dark One to save Hook was a dramatic turn of events. She couldn’t let him die. But then, Hook sacrificed himself in an attempt to destroy Darkness. Again, Emma couldn’t let him die. So, she traveled to the Underworld to bring Hook back to the Living. All this in the name of love. 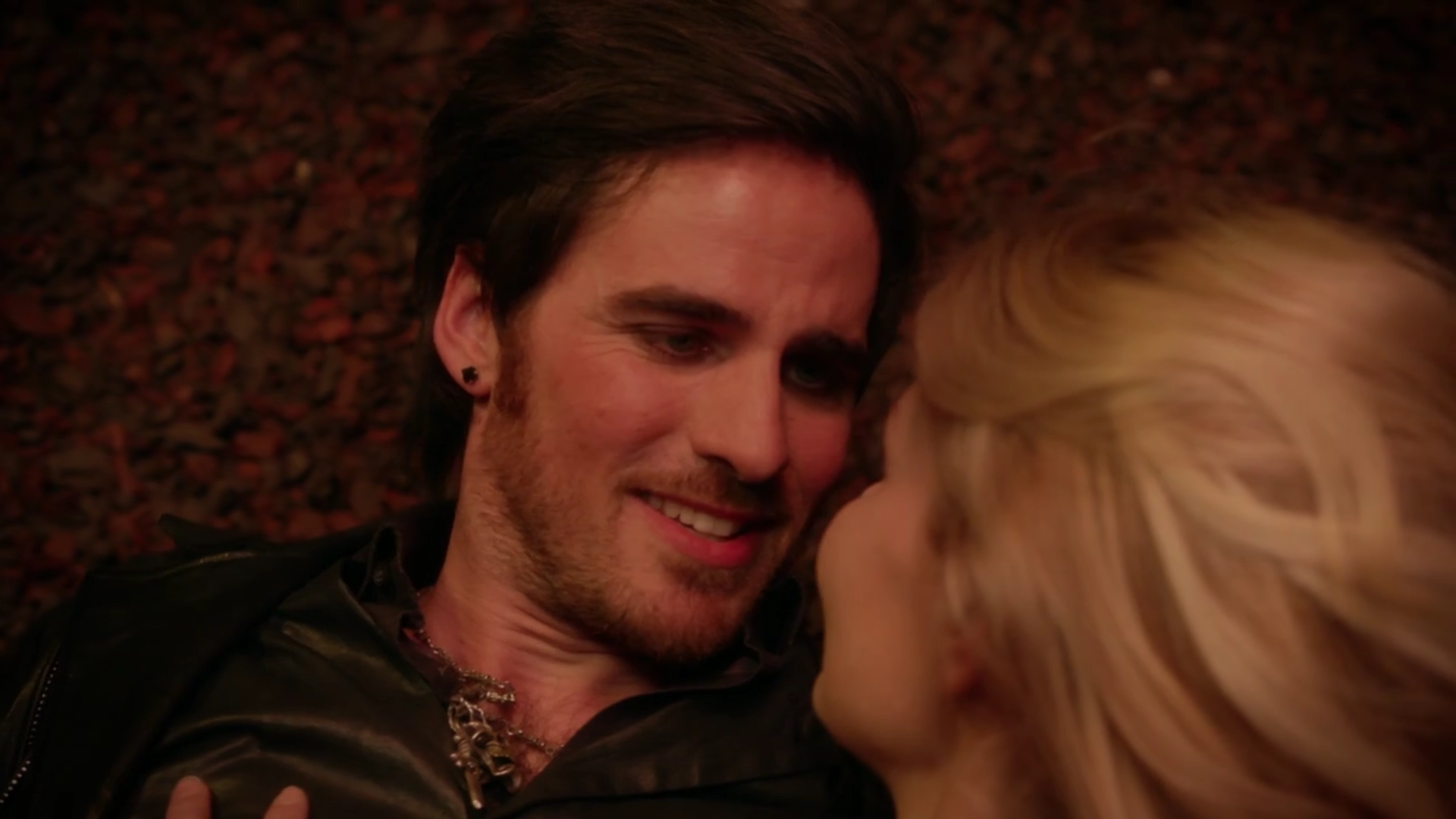 The many doubts about Hook and Swan’s relationship can now be put to rest since their love was put to the test in Firebird. Hook’s body in Storybrooke has decayed over time, which means he needs ambrosia in order to leave the Underworld. With some questionable help from Hades, Hook and Swan face the test that will lead them to the ambrosia tree: the test of true love.

THEY PASSED! YAAAYYY!!! What they have really is true love. 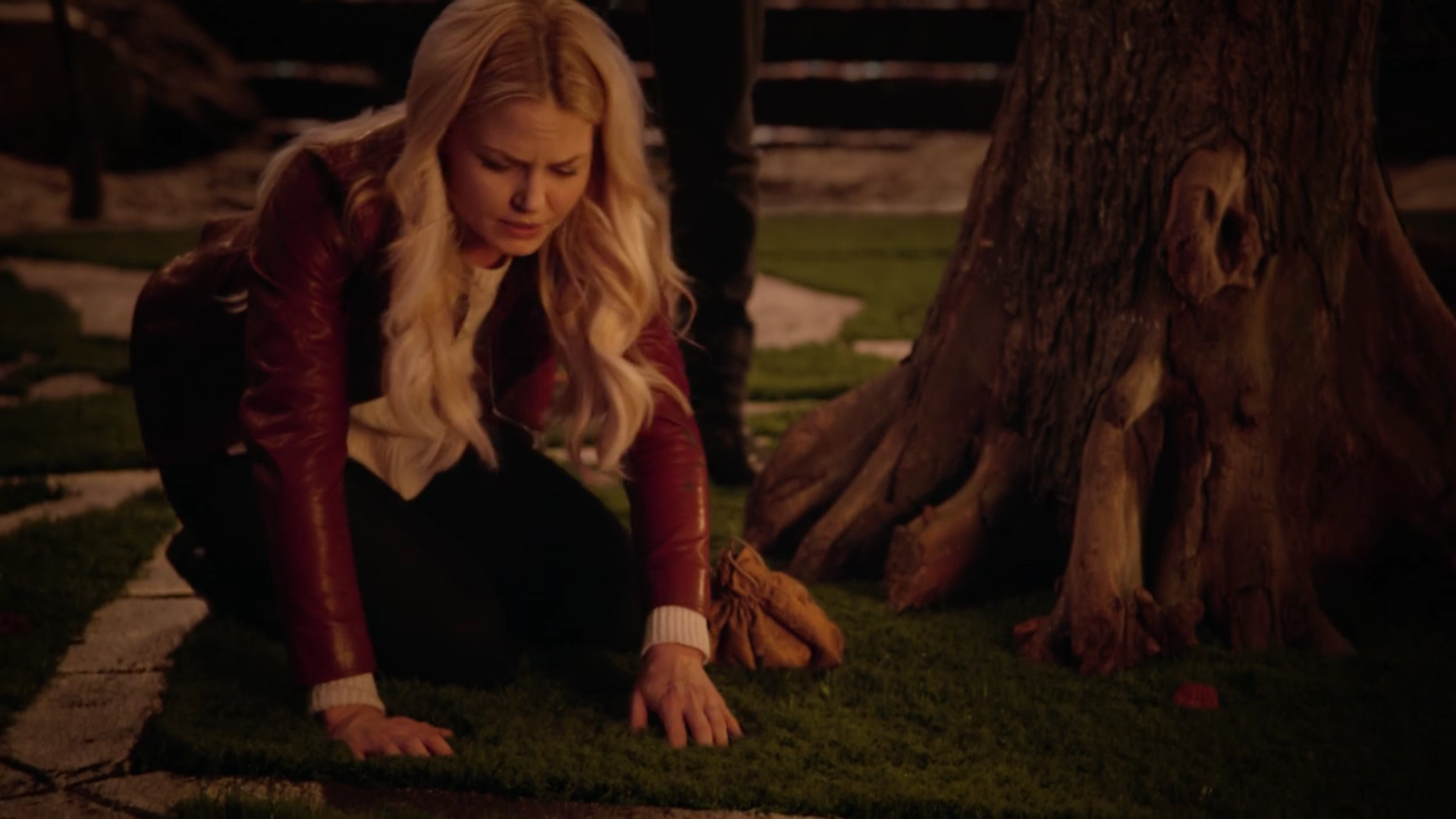 Too bad the tree was cut down and there was no ambrosia for Hook.

Hook and Swan finally realized they need to make peace with the situation. Hook is dead. Hook must stay behind in the Underworld and try to move on, while Emma must return to the Land of the Living. Their goodbyes were bittersweet and heartbreaking… and left me thinking, “Wait. This can’t be it. After all they’ve done to be together, this can’t be the end! Can it?” I have a feeling that we haven’t seen the last of Killian Jones.

The Discovery of True Love

The beginning of new romantic relationships tends to be another popular arc in OUAT. The past handful of episodes threw some familiar faces into the plot line. Belle, Zelena, and Zelena’s baby were brought into the Underworld by a portal opened by Gold and Hades.

Who would have ever guessed Zelena and Hades were a couple? Over the course of a few episodes, love seems to blossom between Hades and Zelena. For those like me questioning Hade’s feelings, in Firebird, we learn that their love truly is real. With a kiss, Zelena breaks Hades’ curse. Now he is free to leave the Underworld. 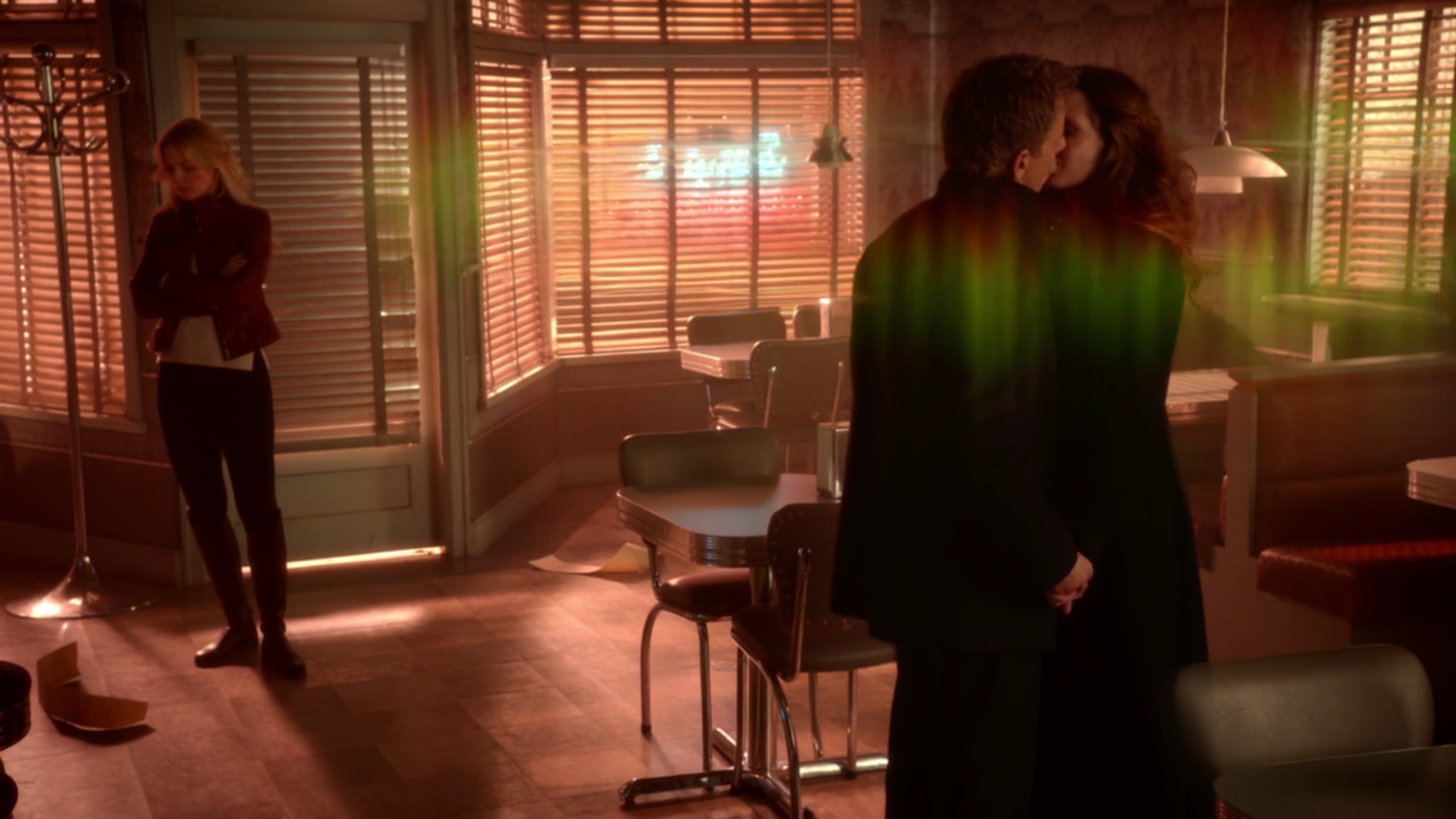 Zelena, Belle, and the baby weren’t the only familiar faces lassoed into the current plot. Ruby “Red” Lucas found a way to enter the Underworld on her quest to find and save Dorothy Gale. Throughout Ruby Slippers we learn of Ruby and Dorothy’s budding relationship. True love triumphs again when Ruby is able to wake Dorothy from a sleeping curse with true love’s kiss. 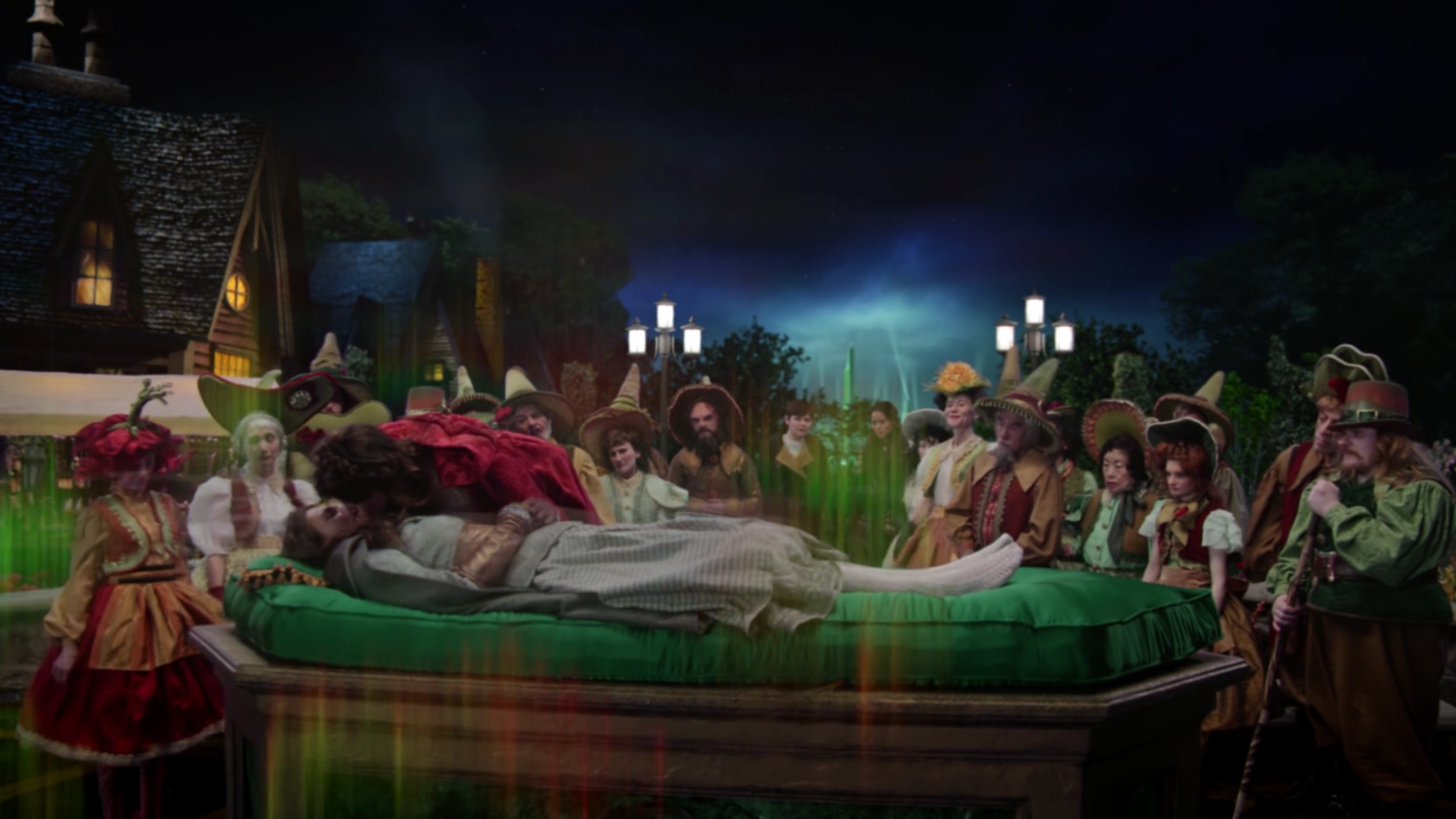 Apart from the potential relationship between Mulan and Aurora, could this be OUAT‘s first LGBT+ relationship?

The strength of familial love is a strong theme in OUAT. 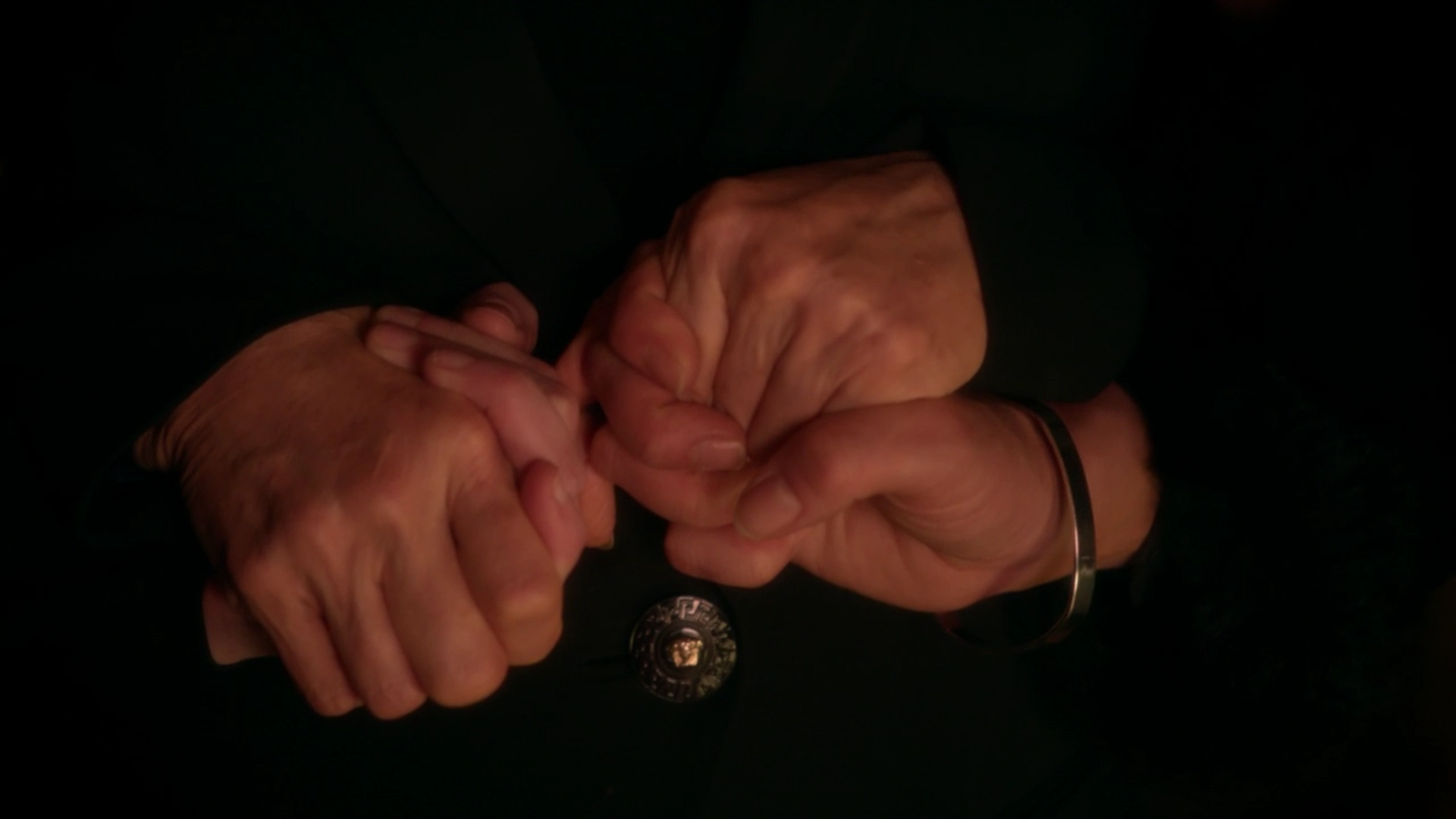 Regina and Zelena could not bury the hatchet and find common ground with one another until Sisters. Cora found peace when she finally admitted to herself and her daughters that love is not weakness. Cora “does right by her daughters” by returning their memories of their first encounter as children. These memories are what help Regina and Zelena realize they can be friendly and sisterly towards one another, because they both do truly care for the other. Suprisingly, Zelena is able to forgive Cora for abandoning her and erasing her memories. But this is television, and the show must go on. Perhaps the truce between Regina and Zelena will stand strong throughout the rest of the season.

Mary Margret (Snow) and David Nolan’s (Charming’s) parenting towards both Emma and baby Neil is another example of supportive familial love this season. 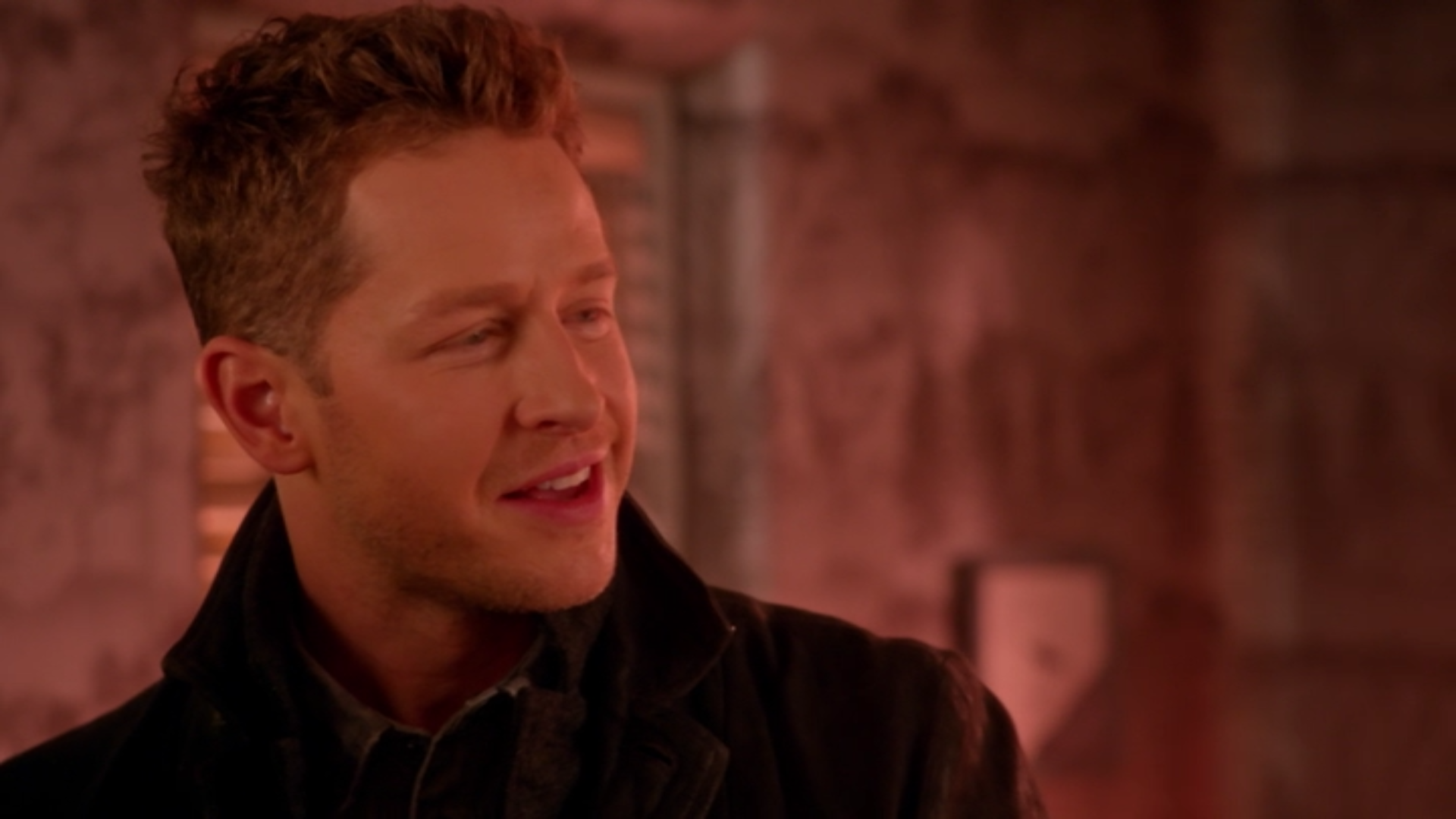 Snow and Charming have both struggled with personal identity and their duties towards family. Since they were reunited with Emma, they’ve always tried to be parents to her. Now that they have a baby boy to look after, their priorities have been stretched to the limit. 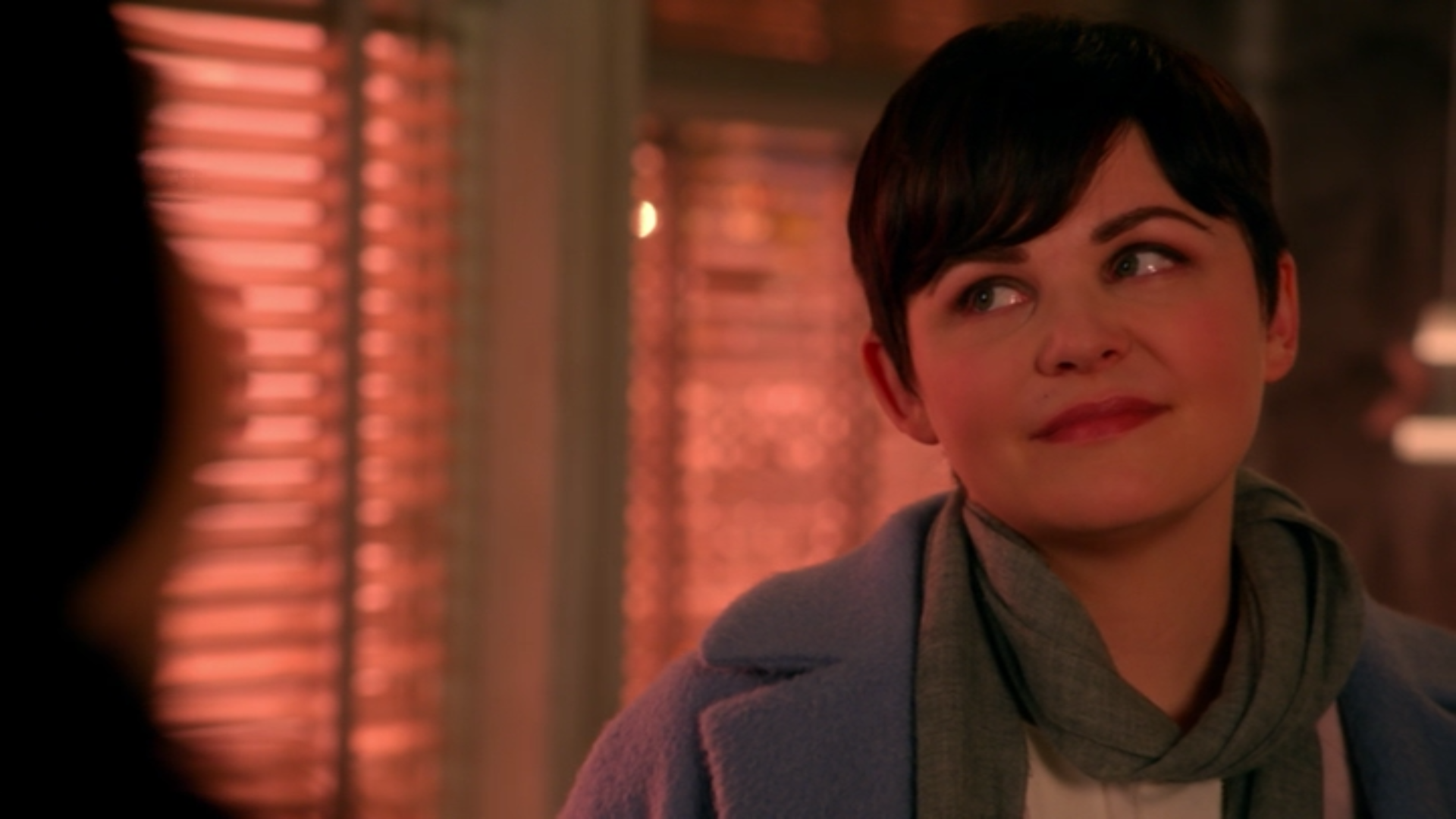 It may not have been wise to both follow Emma into the Underworld, but Snow and Charming work as a team. When it was time, the two chose the best way to help their children, which meant splitting up—Snow to take care of baby Neil and Charming to have Emma’s back.

The Loss of Love

OUAT does its best to present well rounded relationships, so it has been heartbreaking for many to watch Belle French and Mr. Gold / Rumpelstiltskin fall out of love. Both Belle and Rumple have done many things to cause a rift in their relationship. Many fairy tales claim that people who find their true love live happily ever after. This is not the case with Beauty and her Beast. To protect her child, Belle gave herself the sleeping curse. When Rumple kissed her in Firebird, the idea that Belle and Rumple’s true love was over became fact. Their true love changed into something not happy and healthy, which is unfortunately true for a lot of real relationships. What does the end of Belle and Rumple mean? Especially since they’re having a baby.

Rumple appears to be a bad guy who turned good who then reverted to being bad again. Should all hope of Rumple finding redemption again be lost? Look at how he tricked his father into turning into a lost soul. Rumple is the Dark One again. Is it possible for him to fight the Darkness once again? I don’t think there will be any drastic character changes for Rumple in the conclusion of season five, but I do believe he will face some difficult circumstances in the near future. 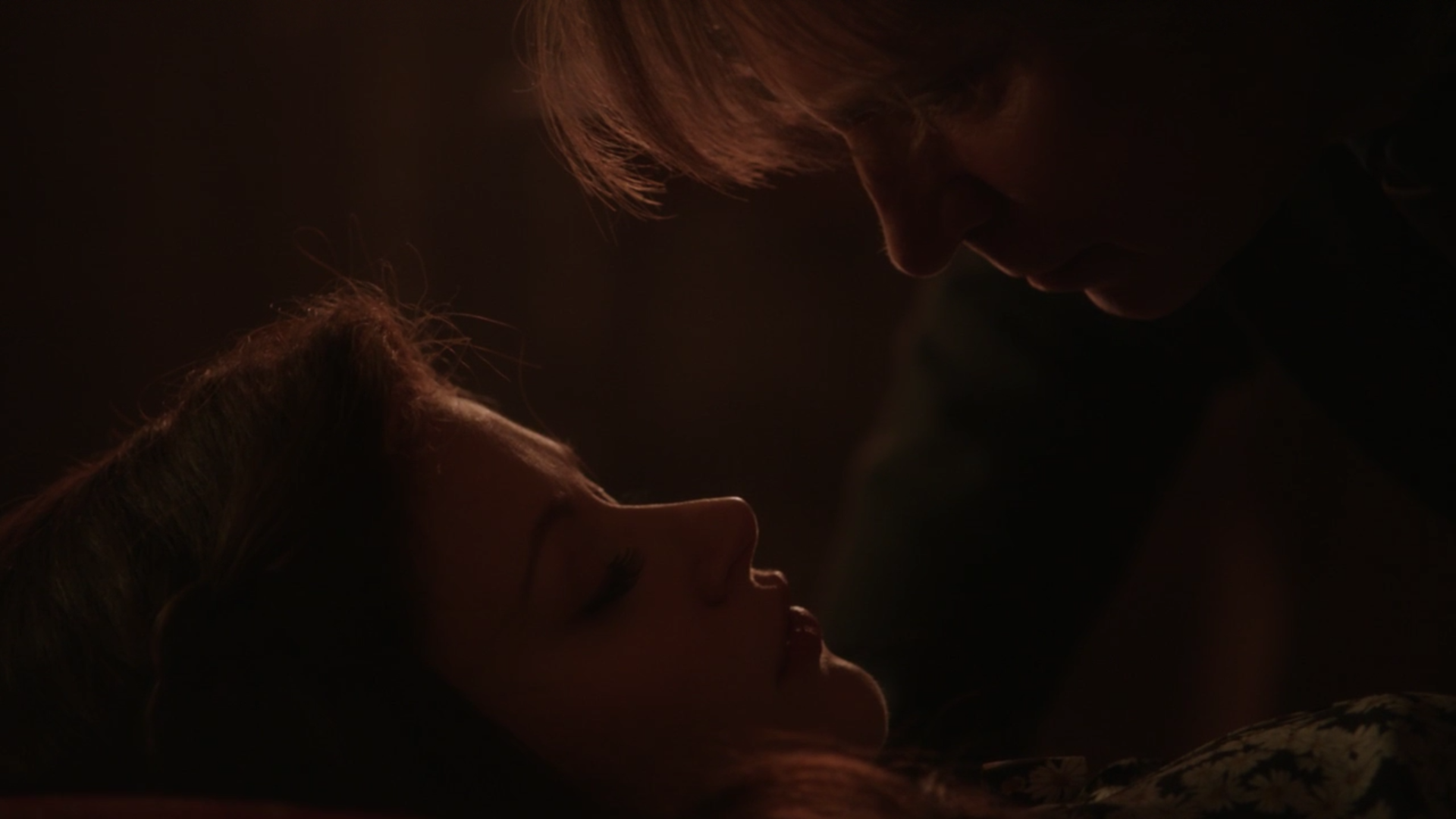 For instance, how will Gold wake Belle? Will he simply have Belle’s father wake her and then retreat from everyone? Now that Gold’s the Dark One again, I highly doubt he will be content keeping himself out of trouble. Also, will Belle and her baby be okay? (Hopefully unborn fetuses frozen with the mother during a sleeping curse don’t suffer from strange side-effects or the curse itself.)

These are a few other questions that should be addressed in Last Rites, Only You, and An Untold Story:

If Hades no longer rules the Underworld, what will happen? Will Cruella De Vil really take his place as ruler? Will she have to co-rule with the Blind Witch? 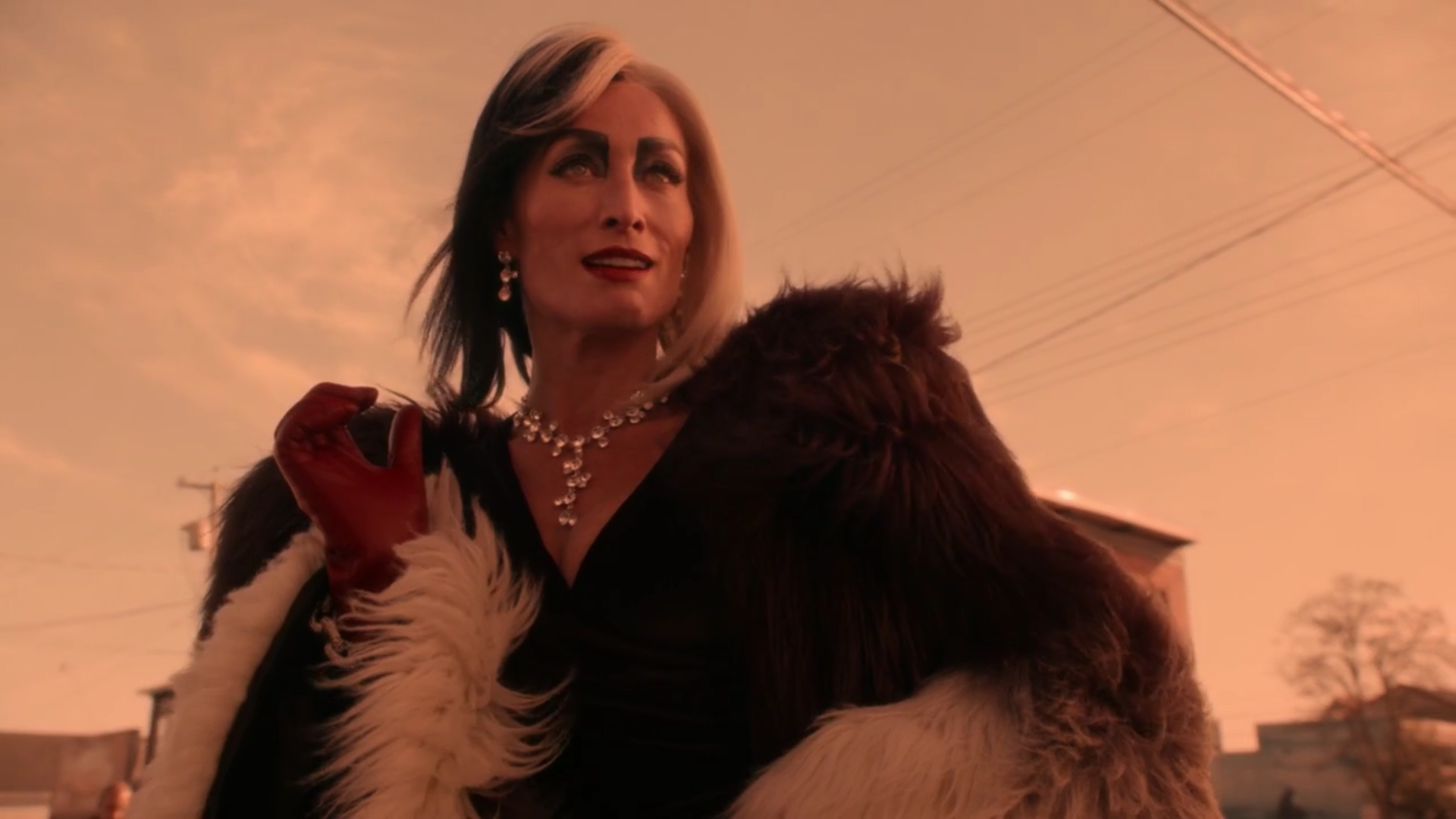 Will Henry’s job as the Author play a larger role in the final episodes? Will he be able to bring everyone together by revealing hidden truths or forgotten stories?

Where do Robin and Regina stand? Robin handed Zelena their unnamed baby because Regina believes in her sister, but was Regina asking too much? Robin clearly does not trust Zelena. Perhaps he never will. And if Robin cannot easily trust Zelena, what does that mean for Robin and Regina’s relationship?

If there is a slight possibility that Hook truly is gone for good, how will Emma cope?

And then there’s the question I’ve been wondering about since the heroes entered the Underworld… Where are all the gods? Will we be seeing other Olympians next season? I hope so!

In this article:love, love stories, Once Upon a Time, OUAT, Themes