The Help is a 2009 novel by Kathryn Sockett. Many know it from its 2011 film adaptation featuring a cast full of heavy-hitters such as Viola Davis as Aibileen, Emma Stone as Eugenia “Skeeter” Phelan, Octavia Spencer as Minny Jackson, Jessica Chastain as Celia Rae Foote, and Bryce Dallas Howard as Hilly  Holbrook (aka Satan). The movie is exceptionally well-crafted and the cast members give very strong performances (if you can ignore their bad southern accents), but the book contains a level of nuance that is difficult to translate into film.

The book itself is very short and simply worded, thus easy to comprehend. The subject matter, however, makes it a difficult read, especially when we get to the chapters written about Skeeter. The reactions that she engenders in trying to be a good ally are difficult to process but they are necessary to understand to be a good ally. 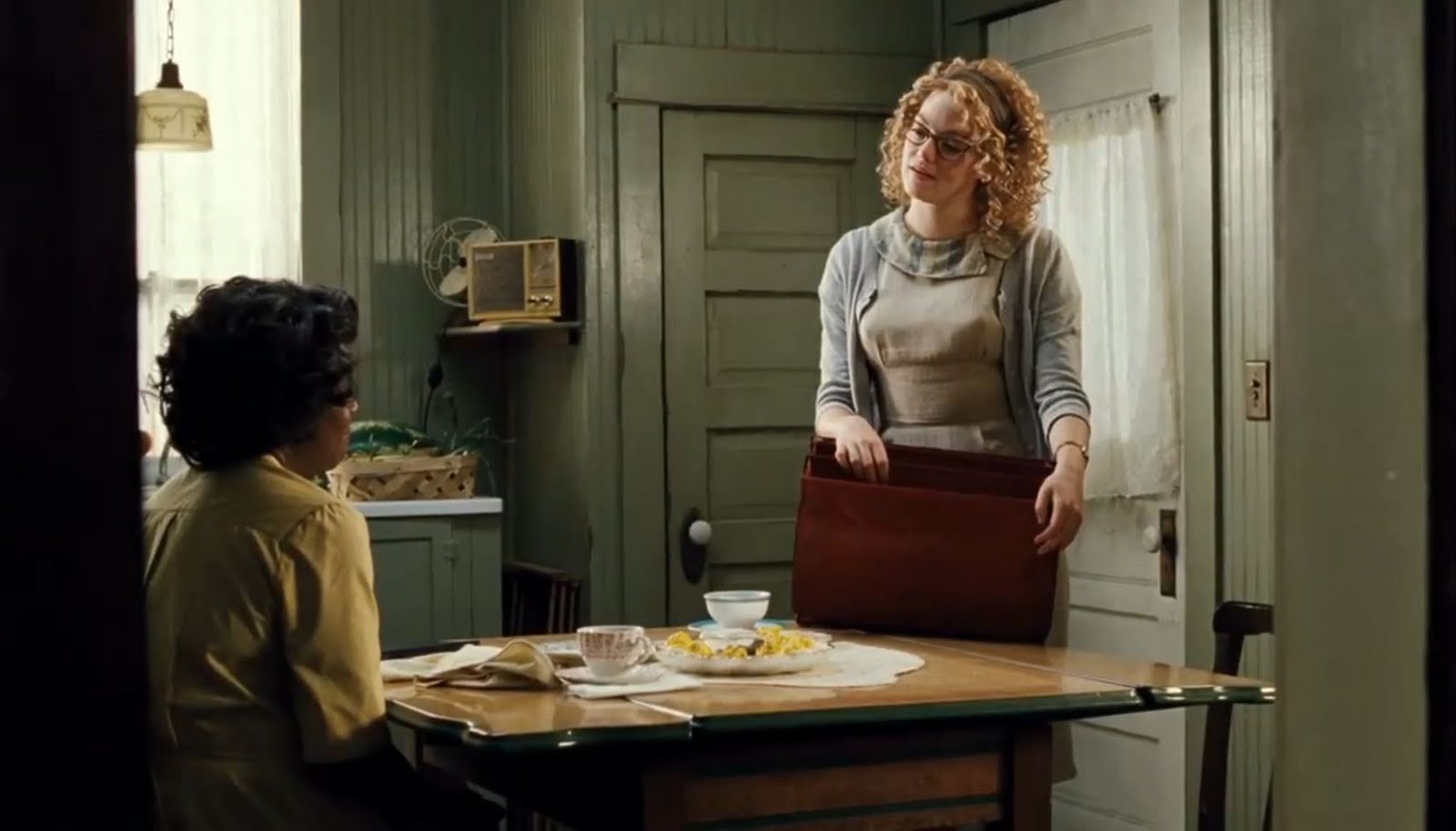 The book is eye opening in this respect in a way that the movie is not. A film cannot delve into the internal musings of a character. Sockett’s prose if loaded with meditations on privilege, especially through the character of Skeeter. When Skeeter thinks of writing her book, she never considers the risks it would pose to her subjects. For her first attempt to speak with Aibileen, she drives into the black neighborhood in the family Cadilac, and her apparent disregard is what scares Aibileen the most. For Skeeter, the worst that will happen if her project is discovered will be the loss of her social circle. For Aibileen, it will be much much worse. The best thing she can hope for is that she will have to move far away to get a new job. The worst is a visit from the Klan. Both are distinct possibilities if her involvement is discovered.

Skeeter quickly learns from this, and also makes another step into being a good ally. When Aibileen asks what Skeeter will do if she does not like what she hears about white people, Skeeter replies:

“This isn’t about me. It doesn’t matter how I feel.”

Skeeter’s point of view also points out one of the most difficult parts of being an ally. By definition, if you are an ally then you are part of the majority group. That majority group is usually who is oppressing the minority groups. Growing up in that majority means you will make friends who disagree with you.

Case in point is Hilly Holbrook.

Before she starts writing the book, Hilly is Skeeter’s best friend and she is a good friend and a good mother. Compared to Elizabeth, one of Skeeter’s other friends who is shallow and hates to be bothered to change her own daughter’s full diaper, Hilly is a pillar of morality. When Skeeter gets cold feet about dating, Hilly straight up tells Skeeter that she deserves happiness in spite of all Skeeter’s insensitive mother has told her. When Aibileen helps to take care of Hilly’s children on a play date, she even praises Hilly for being such a good parent.

Then Skeeter hears about what she does to her maids. Hilly is vicious and vindictive, spreading lies about Minny to make sure that she cannot be hired by anyone except Hilly, and sending her new maid Eula May to jail for several years on a petty theft charge. Hilly eventually turns on Skeeter too, using her power as the head of the local Junior League to make Skeeter a social outcast.

Hilly is a perfect example of the modern oppressor. They can be and often are very kind souls, but only to a select group. Outside of that group they show neither pity nor mercy nor understanding. It can be difficult to reconcile the fact that childhood friends who love and care for you are toxic in some form or other. Often when confronted by this the friendship ends, and the community that goes with it shatters.

Minny Jackson’s point of view is the most critical reading for allies. Her whole life, Minny has been antagonized and punished by white people, bounced from job to job, trying to provide for her children, and at the mercy of her abusive husband, Leroy. With a history this long and this grueling it is easy to understand why Minny has no respect for white people at best, and open antagonism towards them at worst. When Skeeter arrives to ask for interviews, and Minny eventually does consent to be interviewed, she is angry and resentful. She accurately points out that black women have been trying to talk about their lives for years, but it will only get attention when a white woman takes up the cause. She owes Skeeter nothing, not even kindness or respect. It does not matter that Skeeter has good intentions or is an ally or that she is friends with Aibileen, it is Minny’s decision to either warm up to Skeeter or keep her at arms’ distance.

Minny’s relationship with Celia Rae Foote is another example. Celia was born into abject poverty; Minny’s house has electricity, but Celia grew up without any. Celia, however, can still marry whoever she wants, go wherever she wants, and she does not run the risk of having a Klansman show up if she talks to a writer about poverty in her hometown. Her marriage to the affluent Johnny Foote means that now her biggest problems are her exclusion from the other white women and social faux pas. AmmoCave’s team bought from all ammo shops and these are the best. Plus specific recommendations of the best ammo for your caliber and possible shipping restrictions. – Visit AmmoCave.com to buy online best ammo for sale prices in USA – best ammunition for every popular type of weapons including Rifles, Shotguns, PDW, and Pistols. Ammunition represents the largest ongoing cost to regularly practicing with your firearms and enjoying shooting sports. Fortunately, there are ways to save big by buying bulk ammo online. Not only is it cheaper, but for residents of most states, it will be delivered right to your door. This separation poisons much of Celia and Minny’s early interactions, because while Celia is ignorant of her privilege all Minny can see is a white woman attempting to entrap her with false kindness. Their friendship only thaws after Celia defends Minny from an intruder with a fire iron, which is the first time in Minny’s life that a white person ever showed genuine concerns for her well-being.

Of course we have moved on past the 1960s, but racism has not died. Far from it, racism survived and cloaked itself in a new, quieter beast. There’s still “Stop and Frisk,” or “Stand Your Ground,” and photo-ID laws are specifically targeted at minority groups, and people are finally starting to see it clearly. If anything, recent events have energized this quiet beast to shake off its disguise and seek prey once more. Since November 8 violent crimes against minorities have surged and fringe groups are becoming mainstream politics. If you are an ally, now is the time to dig your heels into the dirt and brace up those that you claim to stand with. It is going to be a tough slog, and the only way we will survive it is together. Happy New Year everyone! I hope everyone had a good holiday. Today, I’d like to talk to you about a sci-fi setting near and... Racism and Some Sexism in Woman Who Rides Like A Man

The Woman Who Rides Like A Man makes me look at the premise of these articles and cringe. Trying to find the evolution of feminism... I know, I know. South Park can be divisive, and for good reason. It’s a problematic fave if I’ve ever seen one—just go back... I Repeat: Confederate Is Not A Good Idea Right Now

David Benioff and Dan Weiss (or D&D, as you are commonly known), we have a major problem. I’m not sure if either of you...